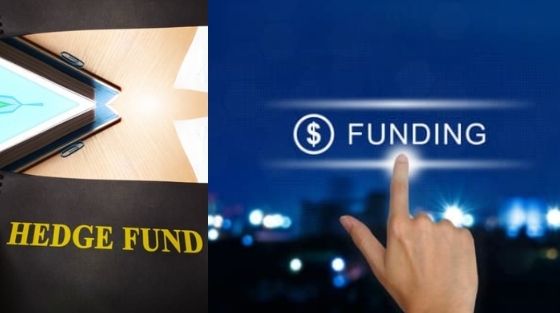 A Brief Interesting Hedge Funds History: Hedge funds are a great source of creating wealth. But, they are risky. The people who know about it also believe that hedge funds are a new concept. However, existence is long before 1950. Yes, and here in this post, we’ll know the fascinating hedge funds history briefly. Without wasting a second, let’s start!

The emergence of unorganised hedging systems dates long back to the 1920s when the stock market was on the boom. The market boom was due to the end of World War Ist, and the rich people were looking for other alternatives to create wealth or increase their money.

A pooled fund is the sum of money invested by a limited number of people to create wealth. The pooled fund can do anything, from investing in gold to buying real estate, from stocks to forex; one can invest in anything which makes money. The only aim is to maximise wealth. Generally, a manager makes all the decisions of where the money needs to be invested.

So, the 1920s boom market formed many pooled funds. Many of these pooled funds followed the hedging strategy. Initially, the cash inflow in the market was so massive that it created a bubble. And, the continuous inflow led to the bubble burst in 1929, which we call the great depression.

In 1949, a news reporter of The Fortune Magazine, Alfred Winslow Jones, wrote an article in the magazine about the investment scenario and the solutions. He introduced the hedge funds strategy at that time. He argued that through hedging, the traders could earn more money with less risk.

And, to prove his point, he thought of giving finance a chance. He started an investment firm, A.W. Jones & Co., an alternative investment strategy fund (AIS). He raised $60,000 from different investors and added his $40,000 to create this partnership and ensure other investors that all his wealth was also at stake.

He used two main strategies to his investments, i.e. short selling and leverage. The aim was to reduce risk through ‘Short Selling‘ and increase returns exponentially using the ‘leverage‘. He then invested in different stocks using it. And, after a year, the gain was 17-18% from the funds and continued like this for a decade.

But, from 1962 to 1965, Jones’s investment firm outperformed all the mutual funds of the market by a whopping 85% and attracted a lot of public attention.

And, the impact was – By the end of 1960s, there were more than 200 AIS funds in the market, working with over-inflow from investors.

Fun Fact: The success was so big that it inspired great investors like George Soros and Michael Steinhardt to copy the idea. Warren Buffet also adopted Jones’s strategy and started his own funds’ partnership corporation.

Moreover, to manage it all, he didn’t take a penny. Instead, as a manager of the funds, he took a 20% share of the net profits of the investment. It also ensured that he would earn from the investment’s performance only and not anything else.

Till 1970, hedge funds became a separate industry. However, most of the hedge fund managers in the market were novice in the field and argued that short selling, meant to mitigate the risk, was decreasing their profits. And, they would earn more if they go long.

But, then the market suffered two crashes in 1970 and 1973-74. And, as a result, most of the hedge funds went into massive losses. The result was due to high risk and using high leverage which multiplies the losses.

According to a report, the top 30 hedge funds in the market went into 70% losses. And, this created a big void in the hedging industry. No one was again interested in highly risky pooled funds.

Isn’t everything going like a thriller film till now?

Wait, the best part is remaining!!!

After the downfall, nothing much came into headlines about hedge funds for a decade. No one was interested, neither many people were engaged in it.

However, in the late 1980s, some hedge fund managers were outperforming the market and making hedge funds historical returns. It included George Soros, Michael Steinhardt, and most importantly, Julian Robertson. They helped hedge funds get their respect back. When the market was having a tough time, Julian Robertson’s Tiger Fund gave a return of 50% in a year.

It is believed that the tiger fund started in the 1980s, with $8 Million, and by the end of 1990s, it became worth $22 Billion. Moreover, Robertson himself made $300 Million from the fund alone.

Again, the industry was back on track. The investors were interested once more. However, there were other several falls too in the industry, such as in 1998, 2000, 2008, etc. But the situation is there are around 5000 AIS funds currently in the market and the ones, who are interested, take risks too.

Moreover, the industry is worth $2.4 trillion big now.

So, this was the hedge funds history. Don’t you think it has come through a lot of twists and turns to where it is today?

No matter what, one needs to consider every type of investment if he wants to make good hedge funds historical returns. And, if you are thinking to know more about hedge funds, then the best way is to start reading about it. There are tons of hedge funds history books available in the market. However, here is the list of top 7 hedge funding books. But, if you are someone who is not aware of hedge funds at all, then we would recommend reading this post first!