Oil Prices turns down as China intervenes to tame 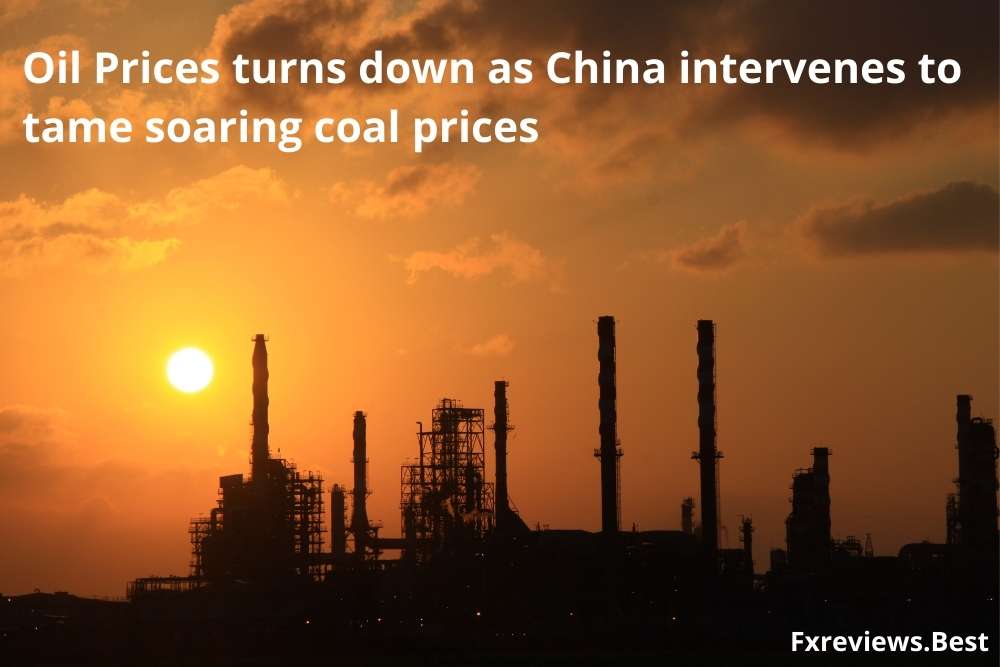 Oil prices fell after China’s government said it was looking for methods to bring down record-high coal costs and that it would ensure coal mines were operating at total capacity as Beijing sought to alleviate a power deficit. Brent crude settled at $85.08 a barrel, up 75 cents from its previous close. West Texas Intermediate (WTI) futures in the United States increased 52 cents to almost $83 per barrel.

Early in the day, Chinese coal and other commodity prices plummeted, pulling oil prices down from a high earlier. However, in the last two months, prices have risen. Brent has gained roughly 19% since the beginning of September, while WTI has gained around 21%.

On the heels of a global coal and gas shortage, which has prompted a switch to diesel and fuel oil for power generation, oil markets touched multi-year highs earlier this week. According to market sources, data from the American Petroleum Institute industry group revealed that U.S. crude stocks increased by almost 3.3 million barrels for the last week.

According to the China Electricity Council, China’s National Development and Reform Commission (NDRC) addressed government involvement in coal prices at a meeting of essential coal producers late Tuesday. In addition, some end-users in Asia are projected to convert to lower-cost oil as a result of rising coal and natural gas prices.

China has already begun to experience colder weather, with temperatures nearing freezing in the north. The NDRC said in a separate statement that it would ensure coal mines were operating at full capacity and that it aimed to produce at least 12 million tonnes per day, up more than 1.6 million tonnes from late September.

However, the power shortage that is driving up costs is affecting Chinese economic growth, which has dropped to its lowest level in a year, according to official data released on Monday.