7 Most Expensive Stocks in the World 2020 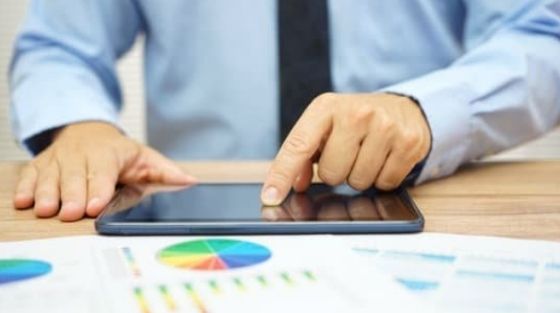 7 Most Expensive Stocks in the World 2020: The modern world is massively fascinated by the financial, particularly stocks, market. More people are entering the field and treating it as a serious means of earning. Anybody interested in the financial or trading market must also have searched for “Most Costly Stocks of the World”. And, the list keeps changing. For instance, we have a new entrant in the list suddenly, i.e. Tesla Inc. Read the full list to get the complete information.

Note that it is a must to trade with a genuine broker only too. Now, how to find a trustworthy brokerage firm? Read the unbiased, non-promoting broker reviews here.

The US-based, Warren Buffet owned Berkshire Hathaway is on the number one position in the most expensive stocks list for a long time. The share price is way ahead than the second positioned company, and the cost of a single share currently is $317,000. The high price is due to the company’s CEO, “Oracle of Omaha” a.k.a. Warren Buffet, refusing to split the stocks.

The conglomerate is situated in Omaha, USA, and is the parent organisation of 60+ firms and has significant stakes in 20+ ventures. Berkshire Hathaway, which is also the 5th biggest public listed firm in the world, owns GEICO, BNSF, McLane Company, General Re, NetJets, Dairy Queen, Lubrizol, FlightSafety International, Fruit of the Loom, and many more. Moreover, the firm also has noticeable ownerships in Apple, American Express, Wells Fargo, Coca Cola, and more.

Interestingly, the company is more famous for its CEO than its operational activities as the Buffet has massively grown his overall wealth with his unique value investing strategy. Financially, the organisation’s market capitalisation is worth more than $500B currently.

Switzerland based chocolate and confectionery firm, Lindt, has more than 410 chocolate shops and cafes and 12 factories around the world, including six in Europe. The one share price of the giant is worth $88,000 and was founded in Zurich in 1836.

Chocoladefabriken Lindt & Spruengli AG, or famously called Lindt, has acquired several other chocolate and confectionary organisations including Rudolf Lindt’s chocolate factory in 1988, Hofbauer, the Australian Confectionary, in 1994, Italy’s Caffarel and USA’s Ghirardelli in 1997, and Russel Stover Candies in 2014.

Although the firm produces several sweets, ice creams, candies, the company is famous for its seasonal chocolates, like snowmen, Easter Bunnies, Christmas deers & bears, and Lindor.

The firm has a market valuation of around $18B globally and is currently led by Ernst Tanner and Dr Dieter Weisskopf.

The construction real estate and mortgage giant was started in 1980 in Virginia, US. The company has constructed more than 370,000 homes alone in the USA and was initially started as Ryan Homes in 1940. However, in 1980, the organisation renamed itself as NVR.

With a market capitalisation of more than $15 billion and a share price of $4150, it is one of the most valuable shares in the world. The venture operates under the names of NVHomes, Heartland Homes, Ryan Homes, and Rymarc Homes.

In 2017, the company performed exceptionally well, beating the market. The company’s stocks went from $1700 in starting of the year to $3508 in December 2017, doubling the prices. In the same year, the organisation’s revenue was $6.3B and net profit of $537M.

Amazon, the multinational conglomerate, headed by Jeff Bezos, was founded in 1994 as a book online retail company. The company has now become the world’s biggest e-commerce firm and the CEO, Bezos, helmed the richest man in the world crown in 2017 and is now worth more than $190B. founder of company massive net worth is even though he, after the divorce with his wife, gave around 19.7M shares worth $36B.

The company is the world’s most valuable brand and is referred to as “one of the most cultural and economic forces in the world”. The market value of the giant is $1.60 trillion, and the cost of one share price of Amazon is around $3200.

The company is headquartered in Washington, US and is listed on the NASDAQ. Further, the organisation’s annual turnover last year was around $232B and has more than $162B worth of assets. The company is the employer of more than 647,500 people in the world.

Seaboard Corp. is a multinational conglomerate with operation in several industries but majorly in transportation and agriculture. The company is based in Kansas, USA, and was established long back in 1918. With a market cap of $3.4B and share price of $2900, the company has one of the most valuable shares in the world. The company is a Fortune 500 giant and earned more than $5.81B in 2017.

In total, Seaboard Corp. is the employer of 23,000 people in about 45+ countries in the world, majorly in Africa, US, and Latin America. It is also involved in sugar production, energy generation, grain processing and many more other activities.

Cable one Inc. or Cable ONE is the seventh biggest service provider in the USA, aiding service to more than 8 lakh users in 21 states. The primary services include telephone service, television cable, and internet services.

The company started its services in 1997 but was operating prior that too as Post-Newsweek Cable. In 1997, it changed its name to Cable ONE and was also a former subsidiary of Graham Holdings Firm.

Funnily, the company is headquartered in Phoenix, US, but doesn’t offer any services to the state.

Tesla is a trendy America based electric car and clean energy manufacturer. The company is also famous for its CEO and co-founder, Elon Musk, who never misses an opportunity to be in the controversies. Moreover, the California carmaker started its operations in 2003 but initially came as a dull company.

However, the company worked consistently hard and became the world’s bestselling battery E-car and plug-in manufacturer in the world by 2019, with a 23% share in the E-car and 17% in the plug-in segment in the market.

The venture is included in the S&P 500, after the firm reported four consecutive profitable quarters from July 2019 to June 2020. Further, Tesla became the world’s most valuable automaker in July 2020, surpassing Toyota motors, touching the $340B mark currently.

Surprisingly, the share prices of the giant motor company did not benefit much until 2020. But, the company’s stock went up high in the sky to $1800 in August 2020 from just $360 in March 2020, thus giving a massive 500% return in only six months. The firm has entered in the most expensive stocks list suddenly, making Musk the fifth richest man globally.

So, this was the list of most valuable shares in the world. Many of you must be wondering where are giants like Facebook, Apple, and Microsoft. However, remember, the list is for most expensive shares, and there are several factors too behind a company. For example, the trading volume, i.e. the number of shares issued, of Apple, is much more than Buffet’s Berkshire Hathaway. If we calculate the number of shares x share price of one stock, then the valuation of Apple (which is $1.96 trillion) is hugely higher than the later one.

Moreover, you need to have plenty amount even to trade one share from the above-listed companies. But, with the help of services like CFD, there’s no need now to own the shares. You can earn profit from the price speculation too. But make sure you choose a genuine broker like PrimeFin or HF trading only.