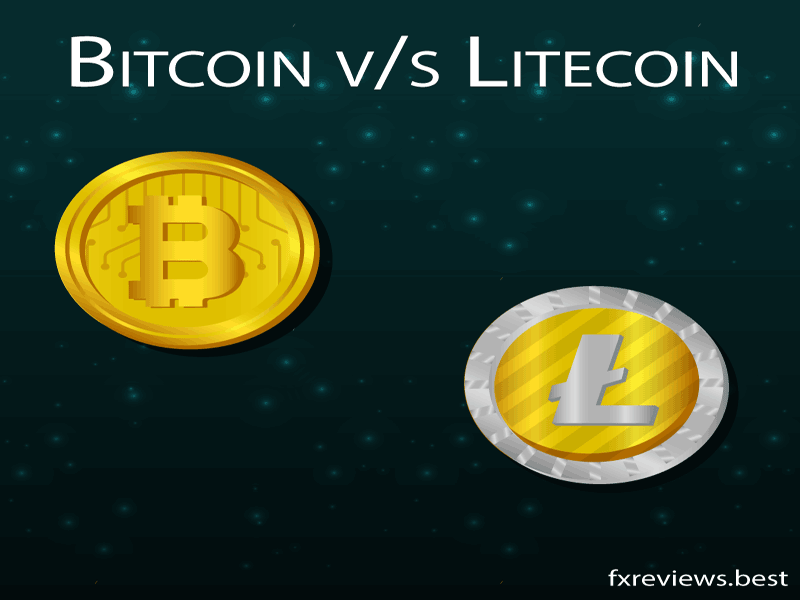 Cryptocurrency is the future currency, which is making quite a noise even in the current times. People are showing their interest in buying and selling the entities. The folks who realised the potential a few years ago are making the most of the benefits and drawing millions of dollars. Bitcoin and litecoin game made them influential.

Today, people are emulating them and harvesting more significant benefits. Going by the trends, both bitcoin and litecoin break the records of increase in their valuation.

Even experts of the field are wondering about the performance, which is unprecedented and never observed before.

Bitcoin and Litecoin: Reaction of people

In the last few years, people are getting inclined towards transacting digital currencies than ever before. They realise the safety features and compatibility with the market. The investment has seen tremendous growth. The awareness among traders has grown by leaps and bounds.

Now, people know how the transaction of different internet currencies like bitcoin, litecoin, ethereum, ripple and others can script change in their lives and elevate their living standards.

The resurgence of the crypto market in 2020-2021, when the COVID-19 pandemic hit the world, showed an exemplary vision. Leaning to the thought, more and more traders displayed interest, and as a result, bitcoin crossed the USD 37,000 mark per unit for the first time in history.

New millionaires emerged out of it. Likewise, litecoin too hovered around the USD 154 mark, which is enormous and exhibits the coin’s potential.

Officially, bitcoin was the first successful Cryptocurrency that poured its magic on investors. After its launch in 2009, it cleared the way for other crypto makers. But it remains the most dominant digital currency force among all the existing internet currencies.

Likewise, litecoin was the spinoff of bitcoin that saw the day of the light in 2011 and, ever since, never looked back. The considerate faith and investment flowing in the market ensured that the currency stays afloat in every thick and thin.

The growth of bitcoin has shown one thing that no matter what someone might say about it, the market is surging at a rapid pace. It may have a sabbatical where the internet currency does not grow. But a trader who imposes the element of faith for a prolonged time would definitely reap the rewards in days to come.

Litecoin has the capacity of producing a larger number of crypto coins compared to Bitcoins. They are quicker in the transaction. So, a trader would always prefer a technology that can ease their work and save time simultaneously. And the cryptocurrency falls under the category which many people can trust and accumulate their wealth.

Some differences between bitcoin and litecoin

One might wonder that in July 2010, the total market cap of bitcoin was merely USD 42,000. Interestingly, today, the cost of one bitcoin is touching that threshold already. So, it has come a long way in those years. The staggering figures and fluctuation in the market with demand and supply growing each day are proliferating.

Also, its overall market capitalisation is more than the sum of several other cryptocurrencies. It is the domination of bitcoin which dwarfs others easily.

The network is getting bigger by the day, and so are the gains of people who invested in bitcoins. Hence, its closest competitor is Ethereum, which stands at a remote distance from it.

All in all, there is a bar on bitcoin on the number of coins it can produce, which is 21 million at max. However, litecoin can do that four times that of the competitor, i.e. 84 million.

However, people may think that both are distinct from each other. Yet, they must know that these can be divided into an infinite amount. So, that’s the technology that supports them.

The transferable bitcoin can be divided into 0.00000001 Bitcoins, which is one hundred millionths. Isn’t that amazing for buyers and sellers? So, even if all bitcoins are extracted through mining, there wouldn’t be any dearth in the market.

Investors and traders would manage through different means.  Also, for buying a low price product, it should not pose any difficulty to traders. They can easily transact it through a fraction of bitcoins. Colloquially, the ability of division is called one Satoshi.

However, in litecoin, you do not have to divide it intensely like that of bitcoin. The number of circulation and lesser price helps in that regards to those owning it.

Notably, Richard Brown, the then executive of IBM in 2013, had predicted that instead of speeding infractions, people would be happy doing that in a whole unit. So, the idea of litecoin fits in that direction as opposed to bitcoin.

One may call it a psychological advantage that litecoin has over bitcoin because of the circulation of coins and its less valuation, making it affordable.

Interestingly, some experts suggest that by displaying the value of bitcoins in fiat currencies like the US dollar, they can avert a fraction’s problem. It can circumvent the whole issue. So, people can purchase their daily goods through bitcoins.

And that’s the entire point of the righteous alternate currencies.

Speed of transaction for bitcoin and litecoin

That is not wondering that technology that cryptocurrencies provide are the best when it comes to the transaction. Everything happens in quick succession. However, among them, there’s a special but healthy competition that goes on.

It benefits the buyers in every way. The networks of both bitcoin and litecoin support the instant transfer of money. However, the time to confirm and verify the transaction is where both differ, and what matters.

The main aim of the litecoin to bring it into the transaction’s main framework was to reduce the time taken for a transaction and expedite the pace of confirmation. And digital currency seems to be achieving the goal quite comfortably.

Thus, the ability to kick in some swiftness has led to the popularity of litecoin among the masses lately. No one wants to wait for long. So, litecoin emerges as a clear winner here.

As per blockchain.info, the average time taken to confirm the transaction of litecoin is near 2.5 minutes. However, with bitcoin, it is around four times more. It takes close to 9 minutes for a transaction confirmation, which may vary depending on the network traffic.

The disadvantage of bitcoin is due to the heavy load that it bears daily. Also, with perks of faith comes such weightage. Efforts are being made for mitigating the time, but it won’t an easy task because flocks of people are investing in the cryptocurrency, knowing about its potential. But when you see the most viable option from a trader or merchant’s perspective, litecoin rises as a clear winner.

Different algorithms at a display

The cryptographic algorithms make the biggest difference in creating the identity change for a digital coin. Both bitcoin and litecoin have distinct algorithms that they deploy. That exhibits and defines the ways of mining happening for extracting the cryptocurrencies.

Litecoin employs a Scrypt algorithm, which is relatively new; whereas, bitcoins use the SHA256 algorithm for their works.

Interestingly, mining is a strenuous process, which takes time and additional skills from a miner for extraction. Also, computing power is essential to sustain the load that it requires to get through the procedure.

Sometimes, the computer networking community members lend their robust systems to miners for confirming the transactions carried by traders.

In rewards, the miners receive the units of currency they mined through their mathematical and logical brilliance.

Notably, the Scrypt algorithm is comparatively easy than what bitcoin uses (SHA-256) for making amends and digging the currencies out. However, the processing is in parallel with other algorithms in the business.

It is noticeable that as the demand for bitcoin is increasing, miners are realising it and using more complex ways to extract the units of the cryptocurrencies. They are largely successful and using it to add to their fortunes.

ASICs play an important role in bitcoin mining these days to mitigate hazardous task and make it more straightforward than it seems. The technology may be sophisticated but effective in many ways. More importantly, it saves times for people.

Application-Specific Integrated Circuits can be moulded in a specific tailor-made design to suit a miner’s requirement. The biggest reason to incorporate is to ensure that the time taken for extracting bitcoins get reduced, and people can receive an uninterrupted supply of the digital currency.

Litecoin has more of a centralised mining system compared to bitcoin. It happened during the process when Charlie Lee was looking forward to a quicker transaction time.

While initiating some improvements, he ended up pushing it towards centralised mining. So, it has five mining pools that mean Hash Rates of 71 per cent.

However, when we talk about bitcoin, the case of mining is much more decentralised and independent. There are three pools in bitcoin, which make for 48 per cent of the total mining.

Litecoin has fundamental support from reputed e-wallets that are using the service relentlessly. They include Jaxx, Exodus, Trezor, and LoafWallet. These are only a few of them on the list. There are plenty more to surprise you.

Both bitcoin and litecoin have their importance in the market. They make the clarion call for the betterment of the traders and common people who want to save money while sending or receiving their valuable assets or funds. Also, the time is quick in the transaction, and you do not have to pay any extra penny for that. Plus, universal acceptance is growing.

Hence, it is safe to trade in both. There may be a distinction in both, but they are there for a similar purpose of facilitating the public with a better life and options for trading. You can register on InvestBy, TradedWell, and other brokers for trading in the cryptocurrencies market and become more affluent.