Tencent Shuts One Of Its NFT Marketplaces Due To Stringent Laws 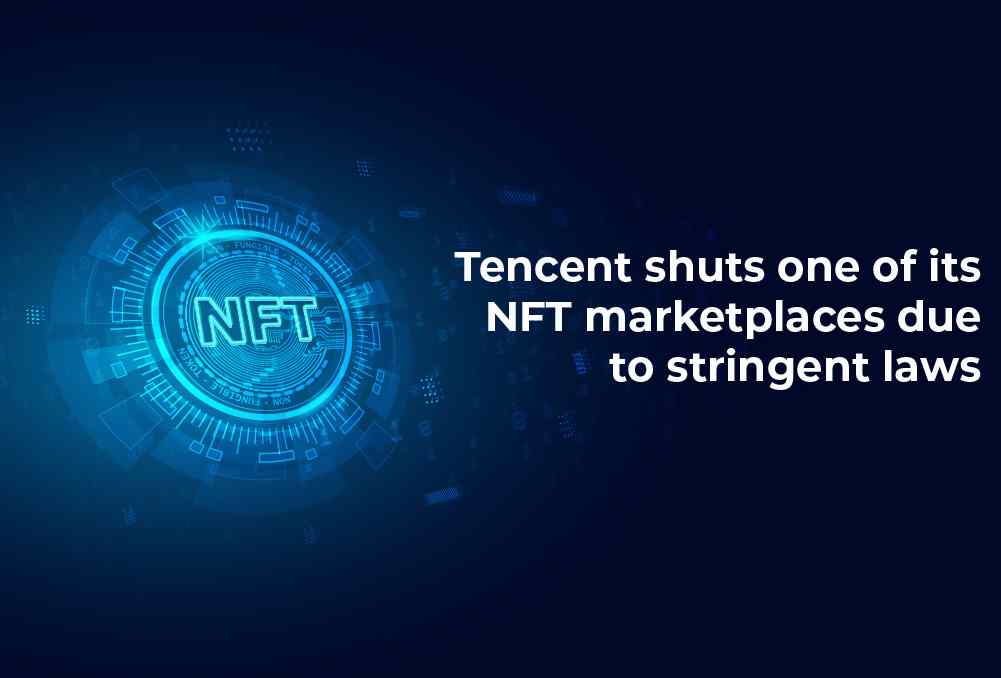 Tencent has taken action to shut down one of its NFT platforms in response to the government’s tough regulations regulating NFT trading. The Tencent news application no longer includes a virtual collectables section.

Users have also been urged to switch to Huanhe, another one of Tencent’s NFT platforms. Tencent relocated the top executives in charge of running the NFT platform before the change.

Tencent News introduced the NFT marketplace at the start of this year. Due to the Chinese government’s tough position in the NFT sector, the platform has struggled with limited patronage. In May, a downturn in the market started, which ultimately resulted in the decision to close.

Users can still access the app to view their purchased NFTs. However, because the market does not permit secondary trading, they are unable to acquire or sell any of their digital assets.

The government has made the business less appealing by denying buyers of secondary market sales, eliminating any opportunity of making money from these collections.

The decline in trade volume on Tencent’s NFT platform has been attributed to the Chinese government’s incorrect rules. Users can purchase NFTs, but they cannot be sold.

His Highness Sheikh Hamdan bin Mohammed Al Maktoum, the Crown Prince of Dubai and Chairman of the Dubai Executive Council, unveiled an all-encompassing strategy for a Dubai metaverse. Under the Dubai Metaverse Strategy, GroveToken is getting ready to launch its first metaverse.

The plan will also give top priority to creating metaverse apps that can be used by Dubai government entities, as well as educating and training people to improve their skills in the subject.