How and When To Buy or Sell in Forex Trading? 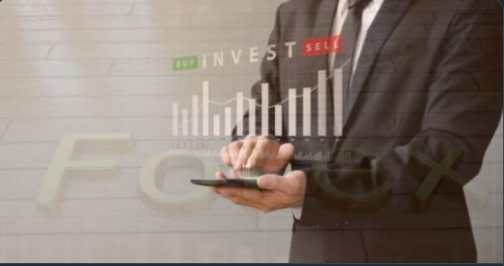 How and when To Buy or Sell in Forex Trading: The forex market is 100 X bigger than the NYSE in terms of volumes. That is the testimony of its massive influence in the financial market and the amount of profit it doles out to its clients. It is one of the rarest markets that operate for twenty-four hours a day. In some of the other corner of the world, it has buyers and sellers making transactions for various reasons.

The transactions are mostly trade-related. During imports and exports outside the country, business people have to exchange the currency. Based on the current value of the currency money they get paid.

The Approach of Buy and Sell In Forex Trading

Each trader has a unique distinction of thoughts, reasons and style to purchase and sell foreign currency. These days most of the people are doing it as a means of earning a livelihood as the returns are higher here. The constant volatility and unexpected changes in the prices influenced by various factors help traders in booking profits.

Going by the massive influx of funds in the market, it is the most liquid market globally. Also, there is no one way to trade; the involvement of another party is quintessential. Hence, it takes two to tango.

Predicting buying and selling depends on endless factors and indicators in the forex market. However, the high risks and benefits are directly proportional to the volumes.

Before making a move to trade in the foreign currency exchange market, a trader needs to be vigilant of external imperative factors like depreciation and appreciation of currencies against each other in terms of valuation. As a foundation of prediction, one may use technical analysis and fundamental evaluation of a currency. Once the base is ready, an investor can shift the focus and jump to other factors and elements to judge the movement of currencies. The point of entry and exit will depend on how one processes the deal and manages the portfolios.

Before pondering on the investment in the currency market, a trader shall glance upon major vital elements that can cause bullish and bearish run in forex. The rate of exchange gets defined by the rate at which one nation’s currency gets converted into another. The demand and supply are the stimuli that drive the change in the valuation daily. So, before receiving and sending the money internationally, a trader should think about the current international market and its trades.

The significant factors that throw their weight around to influence the forex market are as follows:-

These factors sum up the pivotal elements that have a positive and negative effect on the growth and slump. Let us discuss it in details:-

Interest rates correlated directly with the forex market. A slight alteration in the value can put an impact on the exchange rate against the US dollar (currency market stalwart). A currency appreciates when the interest rates are higher, as more and more investor climb the board for investment. It put an effect on lenders and loaners, that attracts foreign investments and capital, which helps in stashing more foreign money against the local currency.

The balance of trade and earnings get reflected through import, export, debt and business on the foreign land with the influx of foreign investment in the country. The deficit concerning imports than exports will lead to depreciation in the value of a currency. And the contrary is also true. So, if the focus is on importing goods and products outside a nation, the accumulated foreign money would send signals of prosperity and improvement in the currency rates. So, the payment balance results in the fluctuation of the domestic currency.

Inflation is like a termite that doesn’t leave proof behind the destruction caused. It has a direct relation in exchange of currency rates. Any nation with controlled inflation would see a surge in the valuation of its currency, while on the contrary, the spike would result in the depreciation.

This factor hits like a storm in a tornado as there are no jobs and job losses. Hence investments go down; savings begin to dry, and inflation rises. It leads to less incoming of foreign cash inflow. As a result, the value of a currency dies down compared to other currencies, and there is hardly any exchange rate left.

Debt of a Government

A government is the representative of people of a country. The world looks after and makes up the mind as per the performance of a government. The government debt or loan is also known as the public debt where the central government is in a significant role play. It will lead to foreign investors withdrawing their investments from the country’s market and selling their bonds in an open market. Such practices will cast a doom for the currency exchange rate.

Rumours, speculation and prediction have a significant push behind a currency’s performance. It’s like the tip of an iceberg that can melt investors’ hearts, and they can start demanding for more of that currency. In the anticipation, more traders will go along that will increase the volume, which will subsequently increase the exchange rate.

A stable government acts like a spinal cord that keeps an entire body in shape and working. For a country’s economic condition and investment, it is essential. In a better state, it can empower its financial strength and otherwise, the effect can take a toll on currency rates. Also, foreign investors look for stability in a nation, that has no political hazards. Again, the spike in foreign capital exhibits solidarity with currency rates appreciating with a momentous shift. But if a country is hit my series of political turmoils, uneventful campaigning and instability, then the exchange rate of the currency will take a fall.

Flexible trade terms would allow the swift import and exports of products from one nation to the other. The ratio of import and export prices define these policies. A good revenue will automatically increase the demand for the currency, which would raise the valuation in the correspondence.

Understand Sell or Buy In Forex With The Following Illustration

Let us take CHF/USD as the currency pair to understand the fundamentals of how a sell and purchase in the forex market take place. Suppose an investor is willing to buy CHF/USD and the value of CHF shots up in comparison to the USD after the trade gets sold, the user is in profits. That means the investor would be purchasing CHF and selling the USD simultaneously. If the pair were purchased at 10,000 and at the time of exiting or the closing of the day it reaches to 12,000, the profit earned would be 2000 pips (excluding commission charges and applicable taxes).

If a trader wants to stay for a longer time in the forex market, then learning about risk management would help them no ends. It is inclusive of potential swings during the volatile phase, and it has an optimistic reward-risk ratio. Knowing about the mechanics is helpful before initiating forex trading.

The investment comes secondary to analysing a pair. So, indulging in proper research is the foundation to begin an endeavour in trading. It is the logical approach because emotions do not help here. During the process, one may get overwhelmed with the amount of wealth accumulated by an array of currency pairs. But only after going after individual currencies, a trader can locate distinguishing factors. Looking at current, along with historical charts and the movement of the market may assist in learning the basics. Monitoring news and keeping a tab on activities are some necessary steps before moving on to the buy and sell in forex aspects.

Learning to read the quotes correctly is essential before becoming a professional trader in the forex market. Knowing how to acknowledge bid and ask price and when to put them in place is one of the essential tasks.

In the forex market, you have two currencies to look after. So, this financial spectrum is a lot different then trading commodities or stock. Here, while buying one currency, the other is gets sold at the exact same moment. Before picking up the positions, one should know about the base currency and the quote currency.

On the left side is the base currency, while the other is the quote.

Words of Wisdom – Buy or Sell in Forex

As a beginner, it is mindful to trade the seven best currency pairs available in the market. They include USD/CHF, EUR/USD, GBP/USD, AUD/USD, USD/CNY, USD/JPY, and GBP/USD. These pairs have a history backed with stable performance. And before investing, thinking about the markets and glancing over the criteria and situation of a nation (socio-political and economical) can avert risks.