Bosch Stops Operations In China Due To Covid 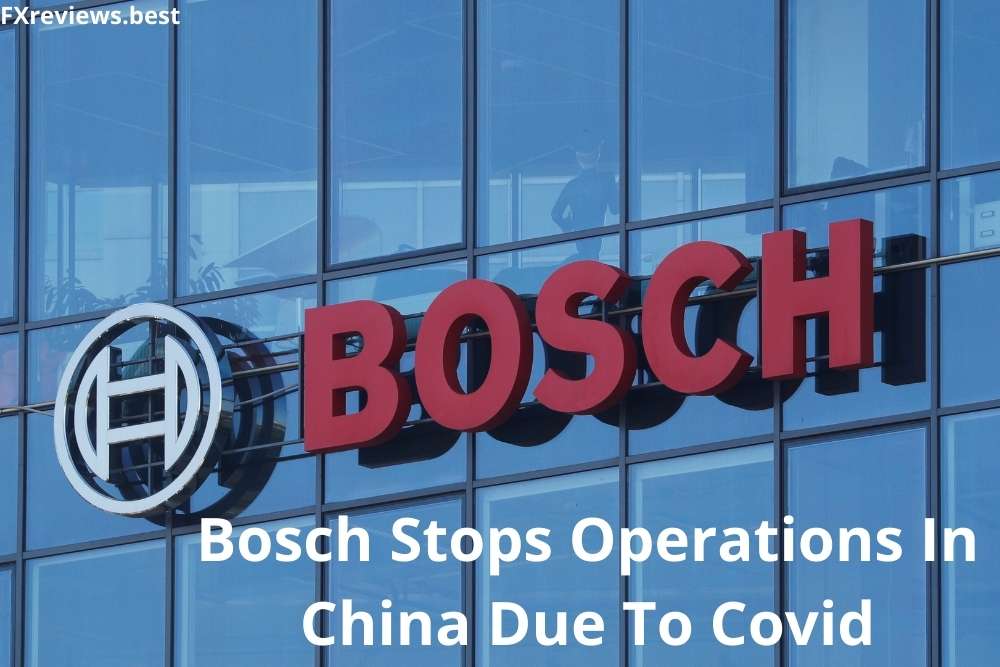 Supplier of automotive parts from Germany Bosch announced on Tuesday that it had halted production at two sites in Shanghai and Changchun, China, in order to comply with government measures aimed at containing a COVID-19 outbreak.

Bosch announced that production at a Thermotechnology plant in Shanghai and an automobile components plant in Changchun, Jilin province, had been halted.

To prevent viral transmission, two other car parts plants in Shanghai and neighboring Taicang operate closed-loop operations, in which workers sleep, live, and work in seclusion from the rest of society.

To stop the spread of the extremely dangerous Omicron strain, China has implemented stringent lockdowns in Jilin province and Shanghai.

Auto sales fell in March as the country’s COVID-19 outbreak-fighting measures took their toll, with Tesla (TSLA), Volkswagen (VOWG p), and Toyota among the automakers feeling the pinch.

On Monday, the European Union Chamber of Commerce in China said it had sent a letter to China’s cabinet outlining how the country’s COVID control measures had disrupted European businesses and urged the government to revise its policies, such as allowing some COVID patients to be quarantined at home.

Honda Motor Co Ltd of Japan announced on Tuesday that it expects to invest $64 billion in research and development during the next decade, with an ambitious goal of rolling out 30 electric car models globally by 2030.

Honda said it plans to build a specialized electric vehicle assembly plant in North America, where it will also utilize GM’s Ultium batteries.

Apart from its GM collaboration, it is also exploring forming a separate joint venture business for battery manufacturing there.

Honda and GM would work together to produce a series of lower-cost electric vehicles based on a new joint platform, building on GM’s plans to start producing two electric SUVs for Honda.