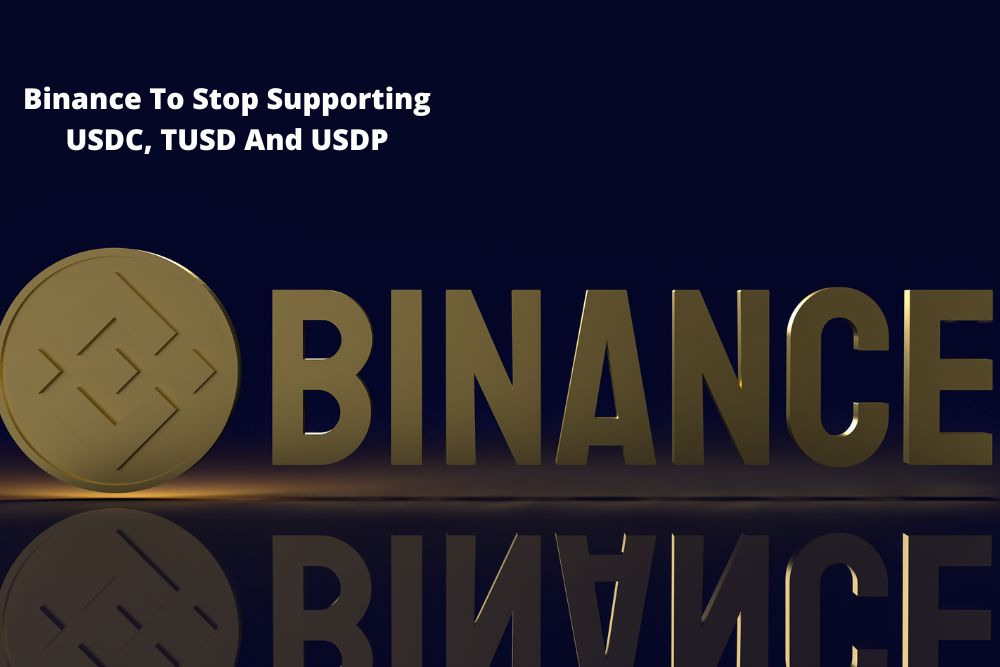 Binance, the world’s largest Crypto exchange, is all set to stop supporting the stablecoins- USD Coin (USDC), TrueUSD (TUSD), and Paxos Standard (USDP) from September 29 onwards, according to reports. The Binance has said the action is intended to enhance its customers’ liquidity and capital balance.

At the same time, the platform is introducing “BUSD Auto-Conversion,” which will convert users’ balances and new deposits of USDC into its own stablecoin. Binance announced that starting September 29, it will begin the conversion process and remove all trading on spot pairs, which include USDC, USDP, and TUSD.

The market capitalisation of USDC, the second-largest stablecoin, primarily run by Circle Internet Financial, is close to $51.9 billion. According to the data, the value of BUSD, the stablecoin issued by Binance, is approximately $19.4 billion.

Users can manually convert their holdings in these stablecoins to BUSD. However, they cannot re-convert from BUSD to the affected stablecoins. In addition, Binance users who use USDC could not use it as a margin asset for their futures trading. Additional products no longer support USDC, such as Savings and Staking, Binance Pay, Crypto Loans, Gift Cards, and others.

In a tweet, CEO Changpeng Zhao said that Binance would not delist USDC and that users could continue to deposit and withdraw the currency.