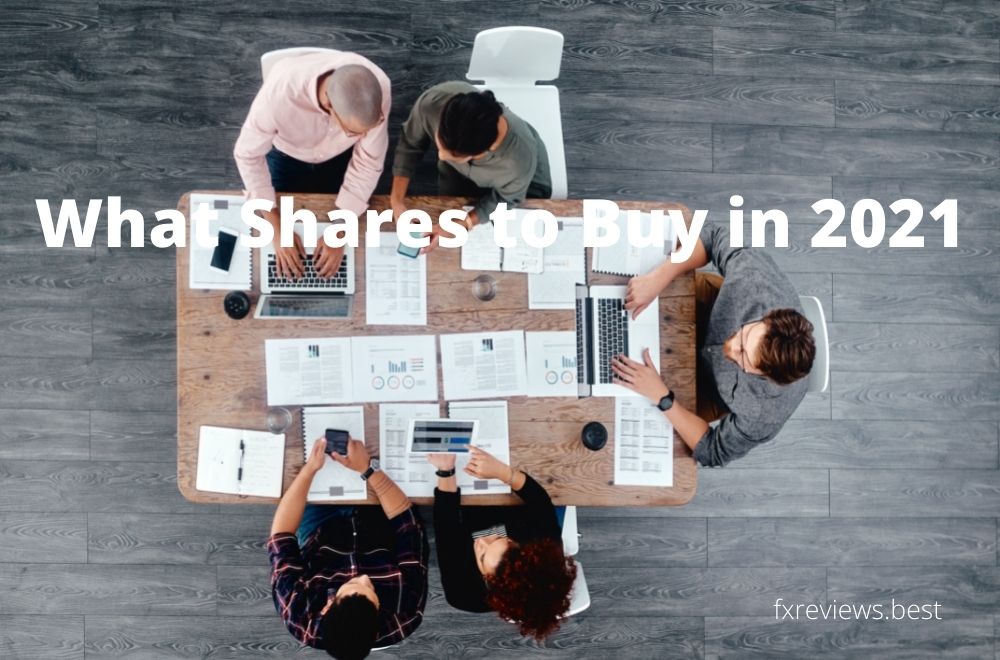 When you randomly buy a stock, it may create a lot of problems for you. The risk of losing money increases as you are not aware of the company’s history, product pipeline or service details, future plans, or any other essential information that you must know before buying a stock.

In short, fundamental analysis is essential before getting your hands into the stock market. Of course, you can buy or sell multiple stocks using multiple strategies. But buying the right stock carried by proper research is a meticulous approach to stock market investing. So, what are the stocks that should be on your watchlist? As the market is recovering from the pandemic, stocks made a powerful bounce back after Covid 19.

This leads to intense volatility in the market as investors start showing their confidence and are interested in investing huge capital in the market as they see the vast potential in this marketplace as the world is shifting from disruption to normalcy again.

Here we have listed the best shares to buy in 2021.

The hot shares to buy now can be seen consistently in the headlines since this week. These shares are Tesla and Facebook. Apart from these two, we will also discuss other good stocks that you must monitor to profit according to your trading style.

Recently, shares of Tesla soared to a new all-time high as the U.S.-based car rental company Hertz announced its biggest order of buying 100,000 Tesla cars. Another blue-chip stock that one must watch is Facebook, which has officially changed its name to ‘Meta’. The social media giant is ready to turn around its business in Augmented Reality (AR) and Virtual Reality (VR) technology.

Now, let’s move into the details of every good stock to buy in 2021 and why they are the best companies to buy.

Tesla is thriving in the new era of electric vehicles (EVs). The company is solely responsible for the revolution of electric vehicles worldwide. Even in the countries where Tesla is not serving, there is a strong wave of excitement about the EVs, and local companies also started introducing models of electric cars, trucks and two-wheelers.

It is one of the best stocks to buy now as the market valuation of Tesla hit $1 trillion. The stock jumped by more than 12% to $1,025 on the day of the news breakout. This is a clear reflection of a new deal between Tesla and car rental company Hertz and results in making it the best share to buy now.

Facebook(meta) has now changed its name to Meta. The social media giant is planning to develop its business in metaverse technology. Within the next decade, the company is expected to expand its metaverse platform worldwide, which in turn may create a new revolution of augmented reality and virtual reality.

Investors are seeing the vast potential in this stock, and it is one of the most taught stocks that are on the watchlist. In addition, the social media giant’s future plans make the company one of the best shares for 2021. Shares of the FB climbed 26% after the company has changed its name to Meta. This surge is a major reason why Facebook is the best share to buy now.

The FB stock was the day trader favorite in after-hours trading after the unveiling of the new name. Zuckerberg’s remarkable future plans regarding the company result in tremendous excitement for long-term investors and day traders.

Another trending stock among investors is Fortinet. Fortinet is a U.S.-based cybersecurity company. This stock has been an all-time favorite for both day traders and investors since starting of this year. The company has witnessed exceptional growth in its share prices.

The company’s tagline is ‘Enterprise Security Without Compromise, ’ which clearly indicates the company’s strong vision in the cybersecurity vertical.

The company was founded in 2000 in California, United States. Since then, Fortinet has been serving in multiple sectors like retail and financial services, manufacturing, healthcare, Higher education and K-12 schools and more.

MRW is one of the best shares to buy now in the UK. WM Morison Supermarkets is a UK based supermarket chain. Founded in 1899, the company is the fourth-largest supermarket chain headquartered in Bradford, West Yorkshire, England. However, the stock has witnessed great volatility recently, which is an excellent retreat for active traders.

In July, the bidding was announced for the complete ownership of the company. Since then, the company’s share price has been flourishing. The US private equity group Clayton, Dubilier & Rice (CD&R) was the auction winner with a $9.5 billion offer.

The sales of WM grew enormously after the pandemic and became one of the best companies to buy now in the UK. The company has seen this massive growth since June this year.

Currently, the share price of WM Morrison Supermarkets (MRW) is $19.23 and has a market cap of almost $9.5 billion.

Fiverr gained mainstream attention since Covid 19 outbreak as many people started working from home and freelancing. The Israel based company has been providing an online marketplace for freelance services since 2010 but emerged out as a strong market player in 2020. Fiverr has grown exponentially due to the increased number of started working online.

The Fiverr International Ltd stock hit an all-time high in February at $323.10 and witnessing huge volatility since then. It is also one of the most significant shares to buy in the UK. The company is known for providing equal opportunities to those who can showcase their skills online.

The average spending of each buyer has increased exponentially over the last few years. The business model of Fiverr is designed to serve for the long term. The company is dedicated to innovating regularly to compete with strong competitors like Upwork.

Despite the fact that Tesla now dominates the EV industry, NIO has a lot of room to grow in this space in the future years. Furthermore, NIO is currently expanding its manufacturing facilities, with the goal of producing 240,000 vehicles per year once completed. This development will give investors a lot of hope, given Europe is the fastest-growing EV industry.

When it comes to investing in Chinese stocks, there are certain regulatory considerations. NIO, on the other hand, represents a good long-term investment prospect. This will surely position them for future success. NIO is a Chinese electric vehicle manufacturer that concentrates mostly on the Chinese market, while it is growing into Europe with its plans in Norway.

Despite the fact that NIO continues to lose money every quarter, the figure shrank dramatically between Q1 and Q2 2021. Each quarter, revenues are increasing, which is a big accomplishment, and this is before any development into Europe has even begun. The amazing thing about NIO is that a portion of its manufacturing is state-sponsored, which means that the Chinese government is essentially assisting them in the production of its automobiles.

Many individuals buy in Alphabet stock because of the company’s capacity to innovate and stay on top of the technological field, which is no easy achievement. With this market dominance, Google can generate massive amounts of ad income while also gaining access to a wealth of user data that can be used to improve its services.

Furthermore, there is no indication of slowing down when you look at the trends, indicating that Google will continue to expand. These are areas that are likely to impact how we live in the future. Alphabet, Google’s parent firm, is one of the world’s most powerful corporations, owing to Google’s meteoric development over the last two decades.

Alphabet’s stock can be favored right now because it has recently fallen back from its all-time high, making it an outstanding investment opportunity.

Finally, Alphabet continues to innovate in fields like cloud computing and self-driving cars. Google has a market share of 92.47 percent of global web searches, demonstrating the company’s omnipresence. Thus Alphabet’s foresight puts the stock in a strong position. If you’re looking for some tech exposure, we’d recommend adding Alphabet to your portfolio, as its net income is continually growing year after year.

If you are a buy-and-hold investor, Apple is one of the best shares to buy. The iPhone 13 was recently revealed by Apple, and it seeks to expand on the popularity of last year’s model. Buffet has long been a fan of Apple, and the fact that he has such a large stake in the company is encouraging for ordinary investors.

Furthermore, Warren Buffet, who owns a $135 million stake in Apple, is a strong supporter of the company. In addition, Apple has a 29 percent market share in the 5G sector, which is critical for mobile phone manufacturers. With 5G poised to be the future, Apple’s new phone should help the corporation increase its part of this rapidly rising industry.

Starbucks was severely harmed by the pandemic, which forced the firm to close several of its physical outlets. However, the company’s fortunes are beginning to improve, and all eyes will be on Starbucks’ earnings statement on Thursday. Starbucks made approximately $500 million more profit than the previous quarter, and the company expects even stronger profits in the coming quarter.

With China now being Starbucks’ second-largest market behind the United States, this number will definitely rise. Much of this is due to the reopening of economies, which allows consumers to go out and buy coffee on a more frequent basis, but it is also due to Starbucks’ continual beverage innovation.

Furthermore, Starbucks maintains a strong presence in China, with a significant increase in locations in 2021. Every quarter, net income rises, with strong results in Q2 2021. Starbucks is well-known, which is why the company has been able to weather several economic storms.

In addition to the dividend hike, JPMorgan is expanding its retail footprint by opening locations in a number of key US cities. It is one of the good stocks to buy because JPMorgan appears to be well-positioned to develop in the years ahead. This physical presence appears to be increasing client numbers and deposits.

Furthermore, when the US and UK economies recover, the increase in disposable income would almost certainly mean that JPMorgan’s services will be in higher demand, resulting in more significant profits for shareholders.

The bank is well-versed in both retail and investment banking, generating multiple revenue streams. JPMorgan also announced that the dividend paid to stockholders in the third quarter would be $1 instead of $0.90, which is a significant and welcome increase.

You can trade in the stock market and diversify your portfolio by getting your hands in global markets through a well-regulated broker like ABinvesting. You can try out multiple stocks but always research well and do not forget about fundamental analysis before buying any shares.