What Is Scenario Analysis In Finance Sector 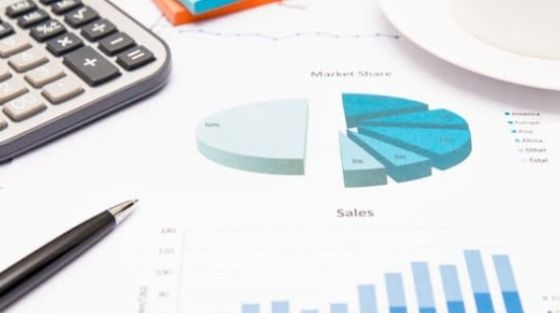 What does Scenario Analysis mean: Scenario Analysis refers to the process of calculating the anticipated value of holding or securities after a particular interval of time. It includes the assumption of specific variation in the amount of the securities or the primary factors such as modification in interest rates. This process is usually used in calculating changes in the value of a portfolio in consideration with an unfavourable situation and may be used to check a theoretical worst situation scenario.

Note: This method is only as good as the assumptions and input made by the professional analyst.

As a technical method, it involves calculating different rates of reinvestment for anticipated returns which are reinvested within the time horizon (investment time horizon). Based on statistical and mathematical principles, it provides a method or a way to measure a change in the value of securities, based on the appearance of the various situations. These are known as scenarios, and follow the postulates of “what if” analysis.

These evaluations are used in analysing the extent of risk associated with a particular investment concerning the number of potential events (known as risk management). These events range from extremely likely to highly improbable. Depending on the outcomes of the technical analysis, a trader can decide if the rate of risk present lies within its comfort zone.

One type of scenario analysis is the stress testing which deals explicitly with worst-case scenarios. It is often performed with the help of computer simulation programs to check the flexibility of investment portfolios and organisations against the likely critical future situations. This type of testing is generally used by the commercial industry to help adequacy of securities and investment risk, as well as to calculate internal controls and processes. Over the past few years, financial regulators have also required commercial institutions to carry out various stress tests for ensuring the adequacy of their capital holdings and other securities.

In finance and economics, a commercial institution might use this analysis to gauge a few possible conditions for the economy (e.g. moderate growth, slow growth, high growth) and the retail market returns ( such as stocks, cash and bonds) in each of those conditions. It might be considered as a subset of every possibility. Moreover, it further attempts to measure correlations and assign the predicted probabilities to the scenarios and subsets (if present).

After this, it will be in a situation to allocate assets between different asset types (referred to as asset allocation). The firm can also measure the expected scenario-weighted return (which image or figure will reflect the overall attractiveness of the commercial environment). It can also perform techniques of stress testing, under an adverse situation.

Depending on the intensity of difficulty in a situation, scenario analysis can be a popular exercise.

In geopolitics or politics, scenario analysis involves speculation on the possible alternative ways of a political or social environment and likely war and diplomatic risks.

There are different ways to carry out scenario analysis. The common method among this is the standard deviation of monthly or daily security returns and then estimate what value is expected for the securities if each asset produced returns which are three or two standard deviations below or above the average return. By this way, a professional analyst can have a considerable amount of certainty regarding the variation in the amount of an asset during a given interval by simulating these outcomes.

Scenarios taken in account can relate to a single value, such as the relative failure or success of a newly launched product, or an aggregate of factors. These factors include the outcomes of the launched project connected with possible variations in the activities of a competitor’s firm.