Volvo Cars announces to invest $1.1 billion in Sweden for EVs 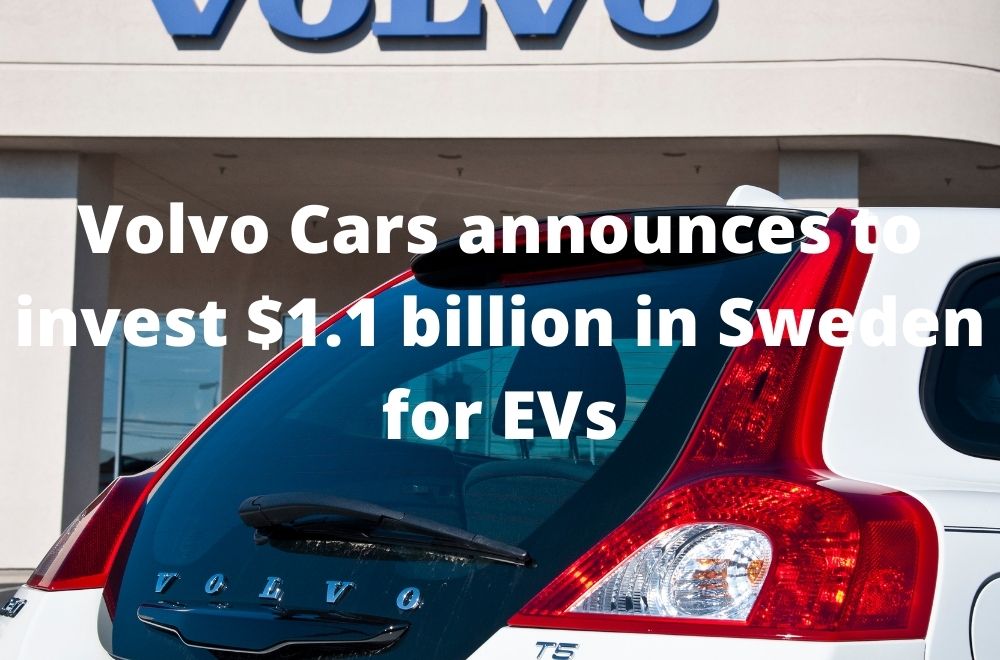 Volvo Cars announced on Tuesday that it will invest 10 billion crowns ($1.1 billion) in its Gothenburg manufacturing plant over the next few years to prepare for the production of fully electric cars.

Last week, Volvo and battery company Northvolt announced that they would develop a joint battery plant in Gothenburg as part of an integrated investment of nearly 30 billion crowns.

Last year, the two Swedish businesses announced that they will launch a joint venture to develop batteries, which would include the construction of a gigafactory and a research and development center.

It also stated that new technology and production techniques would be implemented at the facility, including a new battery assembly plant.

In the following years, Volvo Cars will employ SEK 10 billion in its Torslanda production plant in Sweden to prepare for the production of the next generation of fully electric cars.

Volvo Cars, majority-owned by China’s Geely Holding, intends to sell 50 percent pure electric vehicles by the middle of this decade and 100 percent by 2030.

The state of Maharashtra in India is offering additional incentives to corporations like Amazon.com Inc (AMZN) and Uber (UBER) to electrify their delivery vehicles ahead of a 2025 target for better air.

It established a goal for such enterprises to electrify 25% of their fleet by 2025 last year.

After the close on Tuesday, stocks in Australia rose, led by advances in the Metals & Mining, Materials, and Resources sectors. The S&P/ASX 200 gained 1.07 percent at the close in Sydney.