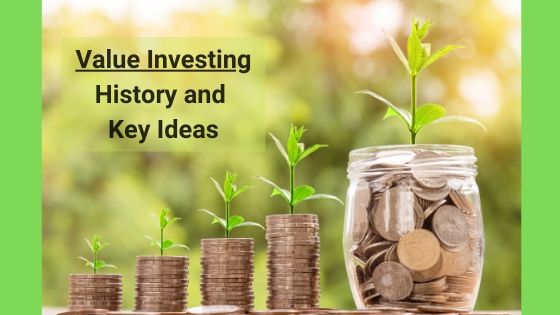 In this short blog post, we would discuss the history of one of the best long term investing strategy – Value Investing. According to us, it is a fantastic gift to the investing world and was made after sheer hard-work, years of struggle, & unimaginable brainstorming!

We will also try to understand the key ideas or concepts introduced by Sir Graham Bell, the founder of this strategy.

Value Investing is a stock trading strategy developed by the legendary American investor, Benjamin Graham, in 1920. He invented this strategy during the great depression of the 1929s Great Depression, along with his colleague & finance professor, David Dodd.

Later, this strategy was made public by him in 1934 investing book, Security Analysis. The book introduced the idea of buying a stock when it is trading below its real or intrinsic value in the market. He, along with Dodd, worked on this methodology intensively and developed the concept of Value Investing. Maybe that’s why Ben Graham is popularly known as the Father of Value Investing.

Benjamin, who was a professor of finance at Columbia business school, later wrote the world-famous book, The Intelligent Investor, in 1947. And guess what! The legendary investor, Warren Buffet, read the book in his teen years and became a fan of him. He intentionally took admission in the Columbia business school to learn from him.

Now, it was Warren Buffet who inherited the value investing concept from Mr Graham and executed it in his investing game. And, it was Warren only who commercialized the idea and made it popular among traders, when he revealed the book in an interview.

Although ‘The Value Investing strategy’ was then evolved and modified by Warren, as it did not consider factors like goodwill, networks, brand name, etc.

Quick Fact: Warren Buffet’s company Berkshire Hathaway has been following the strategy and has an average whopping annual return of 22%, for the last fifty years. In simple words, if you would have invested $1000 in Berkshire 50 years ago, then today, you could had more than $20 Million in your account. Seems an outstanding deal!

Graham insisted that it was challenging for an average investor to beat the market and big influencers, so he developed the idea of the intrinsic or actual value of a company. He believed that the organizations making suitable profits, trading in the market at a low price is a good investment, in the long term.

However, he never defined any criteria for judging a company’s value and said it depends upon the investor how he perceives it. But, ideally, a company with reasonable P/B ratio, or particularly less than 1.33, with a positive balance in its balance sheet has the potential to grow, he uttered.

Graham introduced four key concepts to support his strategy. The four ideas were:

Bell was a great investor. He not only emphasized his stocks as an inflation hedge but also wanted a technique which could get him some income. His formula for success was pretty simple – purchase when people don’t value a good thing, sell when people overvalue it. And, maybe that’s why his legacy is still helping traders make money.

Moreover, he also pointed out the importance of persistence and discipline. All his techniques were long term, and being patient and feeling secure about them is very important. And, why not, you are the owner of the company. How? Remember, the stocks are small parts of ownership.