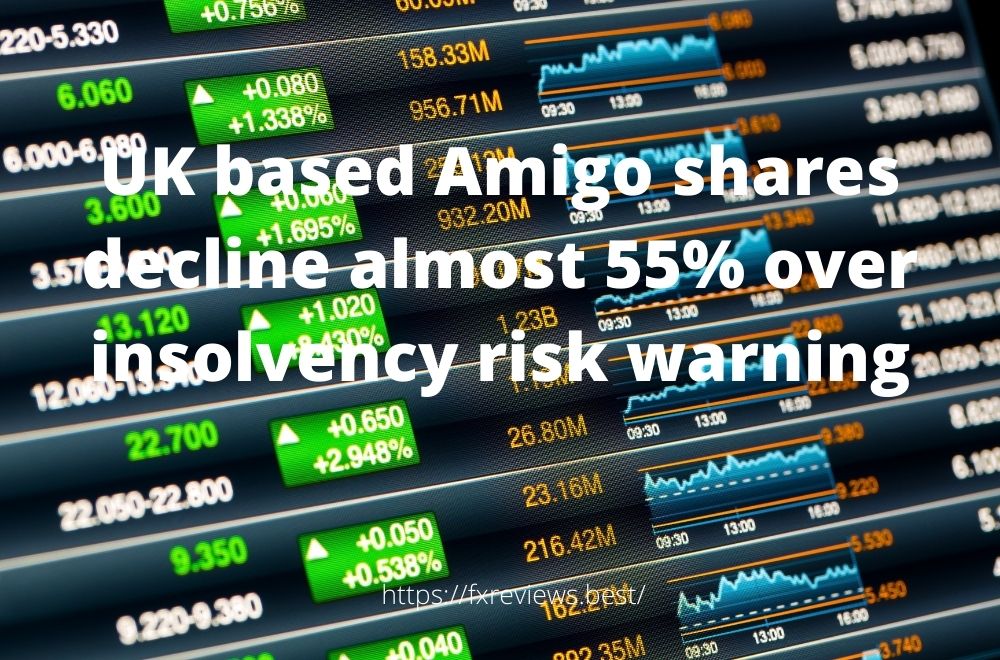 Amigo Holdings’ stock dropped more than 50% on Monday after the British subprime lender indicated its loans segment would go bankrupt if a fresh corporate rescue plan wasn’t approved by creditors and the court.

Amigo has been battling for survival after a slew of complaints from customers that it mis-sold their loans, with an earlier rescue plan for the company being turned down by London’s High Court last year for underpaying compensation claimants.

By 08:55 GMT, Amigo’s stock had dropped roughly 55% to 2.7 pence on the London Stock Exchange. Amigo Loans has warned that if a new programme to repay consumers and begin lending is not authorised, the company would fail.

The lender is embroiled in a lengthy legal battle with the High Court for providing irresponsible guarantor loans with interest rates that consumers would never be able to repay.

The troubled lender stated today that unless shareholders approve proposals to raise £97 million to compensate clients and £15 million for continuing lending, the company will enter a wind-down programme or insolvency.

If the programme isn’t authorised, redress creditors will receive less than under the current business programme, and the company’s shareholders will receive nothing in relation to Amigo Loans, according to the UK guarantor loan provider.

According to Gary Jennison, Amigo’s CEO, the Board is completely committed to making the highest restitution feasible for qualified creditors. According to the court, they should be paid more, and equity investors should lose their economic participation in the firm if customers are not paid in full.

The High Court dismissed Amigo Loans’ prior strategy to refund consumers because it might have resulted in successful complaints receiving as low as 5% to 10% of any successful claim.

On Monday morning, Asia Pacific markets were largely down, with fears of a tightening Federal Reserve monetary policy in the United States weighing on mood. By 2:08 a.m. GMT, the Nikkei 225 fell 0.45 percent.

The ASX 200 index in Australia was down 0.39 percent. Australia’s manufacturing and services PMIs were revealed. The Hang Seng Index in Hong Kong lost 1.26 percent.