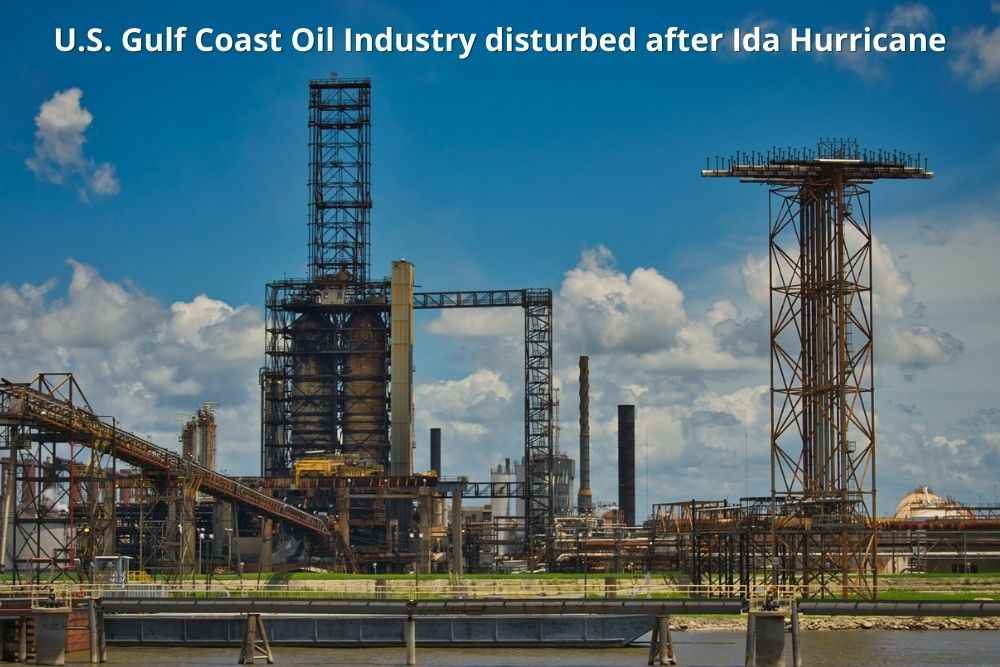 The U.S. Gulf Coast oil industry remained shut for five days after the hurricane passed. The industry is quite disturbed and struggling to recover from the damage. Lack of crew members, fuel and power supply constantly create difficulties in the recovery after a heavy storm.

As the crew returned to offshore facilities and ports reopened after a thorough destruction assessment, the industry faces the new challenge associated with the oil flow. The extensive facilities witness severe disruption, so it will take time to open the pipelines like before. In fact, the vast electricity system along the ports faced a considerable impact.

More than five refineries around New Orleans remained shut after the transmission lines were off this week. Ida severely damaged the offshore hubs, and the crew is still facing challenges to get the power and fuel in order to reopen the ports.

The cost insurers may incur expected to be more than $1 billion. Almost 800,000 residents and commercials are out of power supply. The talks are going on for emergency power supply to restart the facilities.

The White House is planning to fulfil the regional oil shortages. There are around 1.8 million crude oil barrels ordered to produce gasoline. The provider is the U.S. Strategic Petroleum Reserve (SPR), and the barrels are transferred to Exxon Mobil refiners and Placid Refining Company.

Another major refinery, Chevron (CVX), is completely safe and offshore facilities are going well. Enbridge (ENB) is also ready to operate two of its offshore pipelines.

The price movements of energy stocks depend upon how quickly U.S energy infrastructure recover. After the recent recovery, the U.S oil prices were up 0.6% on the New York stock exchange at midday. The price was at $69.12 per barrel, which is higher than in recent weeks. Gasoline future was up at 2% to $2.32 per gallon.

The hope of a speedy recovery is not visible yet. It could take weeks for ports to recover and operate at their own pace. Resuming normal services has now become a priority for the U.S. government.

The good news is that most of the ports in Louisiana are in working conditions now. The ports that have reopened are New Orleans port and Port Fourchon for daylight operations only.