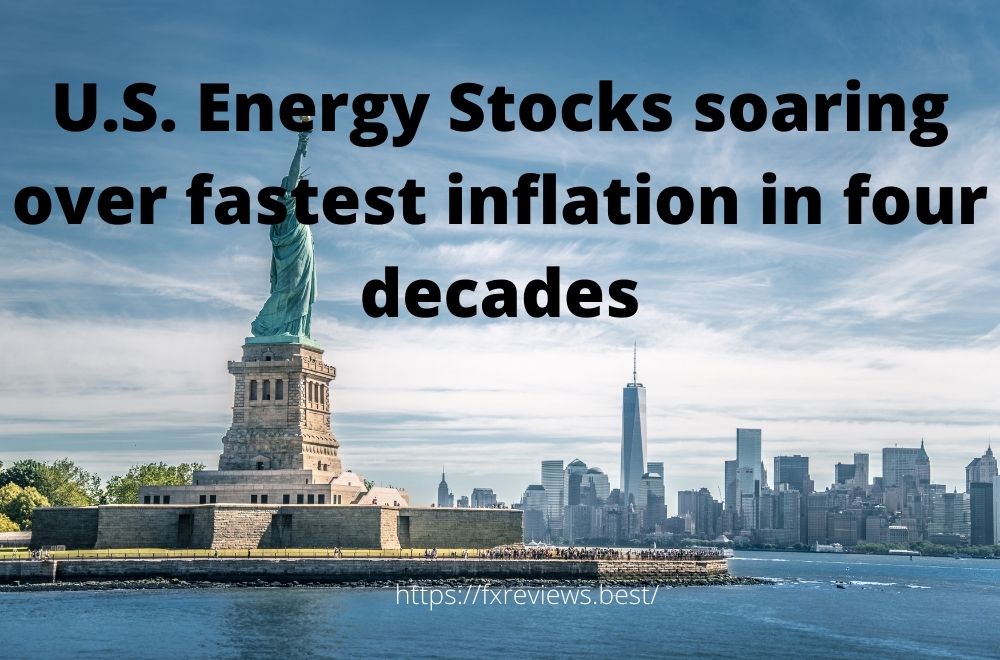 In the early days of 2022, shares of U.S. energy corporations are skyrocketing, fueled by a shift to so-called value stocks and assets, which look to benefit from the sharpest inflation in nearly four decades.

Rising energy prices have been a significant engine of total inflation over the last year. Last month, consumer prices rose at their fastest pace since June 1982. Oil prices are expected to remain strong, according to analysts.

Overall, revenue for S&P 500 energy businesses is predicted to climb by 72.7 percent year over year in the fourth quarter. Baker Hughes (BHGE) and Schlumberger (SLB) are two oilfield service companies that will report earnings next week.

Energy had the second-largest weekly improved performance of any sector in recent years, with a 12.2 percent gap above the median industry performance in the first week of 2022.

The sector’s performance is due to a number of variables. First, Brent crude has risen about 23% since early December, approaching its highest level since late 2018.

Surging inflation raises expectations that the Federal Reserve will be more aggressive in normalising monetary policy. Hence, the sector’s outperformance reflects a broader shift away from tech and high-growth stocks that soared last year and toward companies that stand to benefit from higher Treasury yields.

So far this year, the S&P 500 growth index has lost roughly 3%. In contrast, the S&P 500 value index, more characterised by excessive shares of energy companies, banks, and other economically critical and comparatively cheap corporations, has gained 1.5 percent.

Since the end of 2011, the sector has lost about 7% of its value, compared to a 620 percent growth for the technology sector. Concerns about global growth stalling could also weigh on crude prices.