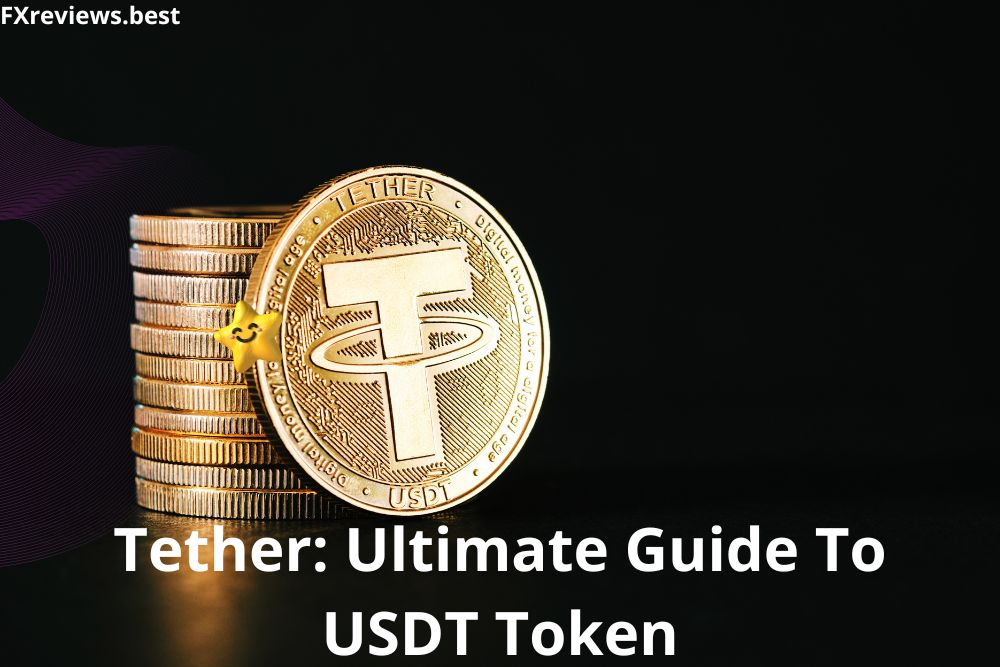 Cryptocurrency is constantly in the news because of the ongoing downturn in the financial markets. Even the world’s most popular crypto – Bitcoin, has lost approx 70% of its value since hitting an all-time high of roughly $69,000 in November 2021. This has resulted in investors looking out for less-volatile options, such as Stablecoins. The most widely adopted and largest stablecoin by market capitalization is Tether (USDT).

It is an open-source project built over the Bitcoin blockchain. It is somewhat similar to other projects such as Bitreserve or NuBits because it is a cryptocurrency backed by a fiat currency. In this article, we will look at Tether, its aims and how it works.

Tether What Is It?

Tether (USDT) is a stablecoin and each USDT attaches value of the US Dollar with it, a type of cryptocurrency that actively works to keep its value stable through market mechanisms. It is used by investors who want to hedge against the inherent volatility of their cryptocurrency investments while still keeping the value within the crypto market.

It is a fiat-collateralized stablecoin, a type of stablecoin backed by a fiat currency such as USD, CAD, AUD, or even Yen (JPY). USDT was created to bridge the gap between fiat currencies and blockchain assets while providing transparency, stability and low fees for users. It is pegged 1:1 to the U.S. dollar.

How Does Tether (USDT) Work?

Each USDT issued is backed by $1 worth of market value assets. All tethers were initially issued on the bitcoin blockchain via the Omni-layer protocol but can now be issued on any chain that currently supports it.

Once a Tether (a single cryptocurrency unit of USDT) has been issued, it can be used just like any other currency or token on the chain it was issued on. It currently supports the Bitcoin, Ethereum, EOS, Tron, Algorand, and OMG Network blockchains.

USDT uses Proof Of Reserves, which means that at all times, their reserves will be equivalent to or greater than the total of tethers in circulation. This can be verified via their website.

In addition, cryptocurrency trading is mostly performed in USDT, as it can be used both on-ramp (fiat to crypto) and off-ramp (crypto to fiat). Here are some use cases of USDT:

Tether and other stablecoins are widely used for trading. For example, traders may convert their fiat money into USDT and then use it to purchase whatever cryptocurrency they choose.

USDT frequently appears as one of two trading pairs or assets that may be exchanged for one another. However, it might not be able to convert dollars directly for Cardano (ADA).

Instead, a trader would have to purchase USDT before exchanging it for Cardano. Several crypto exchanges have their own stablecoins; therefore, not all list USDT. Switching from a stablecoin to a fiat currency is sometimes less expensive for traders.

Let’s imagine a trader wants to get out of the volatility when the price of Bitcoin (BTC) starts to decrease sharply. Instead of paying increased fees to convert their assets to U.S. dollars, they could shift their holdings into USDT.

Decentralized finance (DeFi) includes many applications that eliminate banks as the middlemen in traditional financing. These might include trading, lending, borrowing, saving, and insurance.

For instance, several DeFi services provide interest rates on USDT deposits that are higher than those of conventional savings accounts. Although this may seem appealing, DeFi products are not given the same protection as a bank.

The fact that cryptocurrencies like Bitcoin are still so volatile will always remain one of the main challenges they face as a means of exchange.

Even the most valuable cryptocurrency in the world may have its value halve in a couple of months, which poses significant difficulties for companies. This is where stablecoins come in handy.

Is Tether A Good Investment?

As a stablecoin, Tether tokens pose a low risk compared to other volatile cryptocurrencies such as Bitcoin, Ethereum and many others. Take a closer look at some of the reasons why the USDT unit of cryptocurrency is a good investment:

It is a less volatile and secure option during significant price volatility. As the Crypto market is full of volatility, many people can make huge profits, while others end up losing everything.

Another reason for investing in USDT is its ease in cross-border transactions. You won’t have any issues converting your money to USD. You can do it with the help of USDT.

The transaction fee is just another reason to invest in Tether. Since it is pegged to the price of U.S. dollars, you don’t need to worry. The best part is that the transaction fee is also very low. So simply transferring some money doesn’t have to cost much money on the current market value.

As we all know, it is one of the most widely adopted stablecoins, and this can be a strong reason to invest in it. Investing more in stablecoins like USDT will technically stabilize the cryptocurrency market. That not only lowers your chance of losing money but also increases the confidence of many others in it.

Even though stablecoins like USDT bring many advantages to the crypto world in terms of market value, the company behind USDT keeps making negative headlines:

A research paper by two professors from Texas raised the suspicion that the crypto exchange Bitfinex used USDT to pump the prices of Bitcoin and was responsible for the 2017/2018 bull run. However,  Tether Limited denies the allegations.

Both Bitfinex and Tether Limited have always stated to be independent. Still, both share the same CEO, among others. As part of the ParadisePapers, the existing suspicion was finally confirmed.

Currently, the company, along with its sister company Bitfinex, is again the focus of the New York prosecutor’s office. The companies are accused of having borrowed at least $700 million from their reserves to cover up a bitcoin exchange liquidity crunch.

Probably the biggest problem with USDT is the lack of transparency. The company has still not been able to prove through an independent audit that it actually has the necessary reserves in U.S. dollars. . So it remains unclear for the time being whether the tether reserves will ultimately cover the share of USDT.

How To Buy Tether?

The first step in buying Tether is choosing a reliable cryptocurrency exchange or a brokerage platform. There are several platforms that vary in both fees and complexity. So be careful to compare many exchanges before choosing one.

After choosing the exchange, the next step is to open an account with it. For this, you’ll need to visit the exchange’s official website and fill out the application form. Next, fill out your details such as name, user name, e-mail address, and password.

After creating an account, make a deposit to proceed further. Placing a crypto trade becomes simpler when you have made up your mind to purchase the token. Simply search for Tether’s ticker symbol – USDT and start a “buy” transaction with the desired amount at the current market value.

You may store your USDT token using a variety of different sorts of crypto wallets:

These cryptocurrency wallets have two key pairs—public and private keys—and two distinct Q.R. codes. Noncustodial cold storage is another name for this type of storage.

You can download a software wallet to your computer or mobile device to securely store your crypto purchases.

Many exchanges that deal in USDT provide users with built-in wallets where they can hold their USDT holdings.

As a stablecoin, the value of USDT should never change. Every unit in existence is entirely backed by reserves of traditional currency.

After Bitcoin and Ether, the stablecoin has nearly always maintained a position as the third-largest cryptocurrency globally. In terms of stablecoins, it is also the clear market leader and far superior to competitors like Gemini Dollar or DAI.

The number of people investing in, as well as the market capitalization of USDT both, skyrocketed last year. Since then, the value of USDT has increased by more than three times, from $21 billion on January 1, 2021, to more than $71 billion as of July 2022.

Now, after reading the article, If you are convinced that Tether is going to win the day by 2025, then make sure you hit the nail named Tether with your real-time experience and trading skills. Try your hand in the market with Investby, which can prove to be a great option for your crypto investment.

We hope you enjoyed our article about Tether (USDT). It is an innovative and smart cryptocurrency that has been gaining popularity in the past few months. Through this article, hope you have understood the crypto token a little better.

How Is Tether Helpful?

It helps investors in moving funds between traditional financial markets and crypto markets.

Is USDT A StableCoin?

Yes, the value of this token is pegged to the U.S. dollar.

What Was The Lowest Price for USDT?

Where Can USDT be Traded?

It is available on several cryptocurrency exchanges and brokerage platforms such as InvestBy.

Who Can Use USDT?

The token is used by several businesses, including exchanges, payment processors, financial services and ATMs.

How Secure Is USDT?

The token is created on top of the cryptographically secure open blockchain technologies and adheres to strict security and global government regulations.

Yes, the developers created this token to be transparent all the time.