Stellar vs Ripple: Which Is Better For Buy 2022 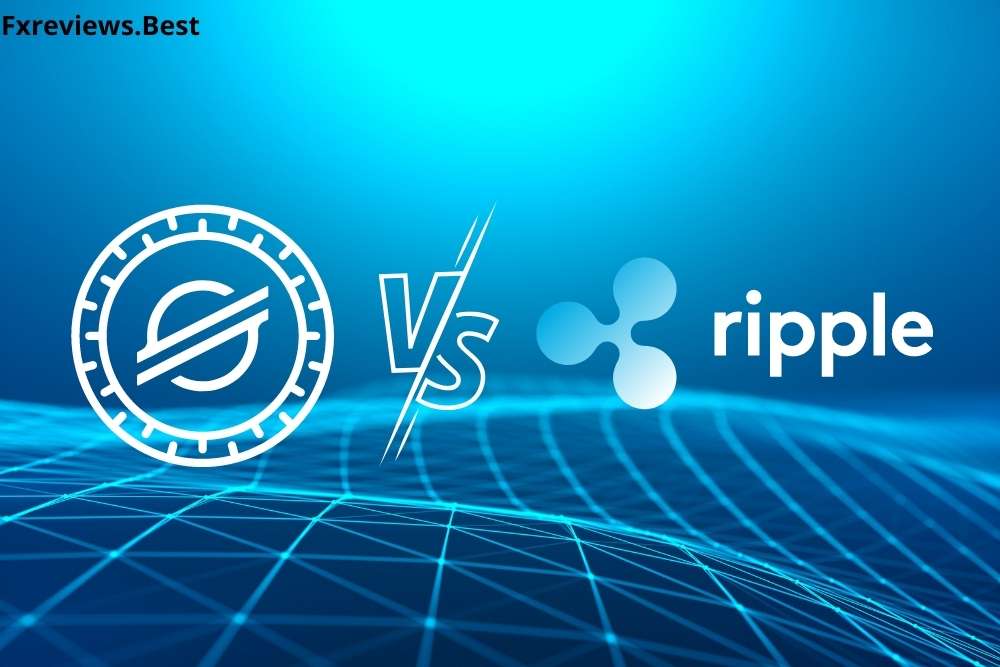 Stellar and Ripple are two distributed ledger technologies (DLT) that are similar in many ways but have some distinct differences. Here’s a closer look at both these cryptos as well as a few pointers on whether you should invest in Stellar or Ripple.

Ripple and Stellar have gained a lot of traction among crypto investors since their inception.

As many crypto enthusiasts compare both networks due to many of their similarities; in fact, they both have different entities, principles, and philosophies.

However, both networks aim to improve the efficiency of completing transactions for financial institutions and payment providers.

That’s not all! Both these coins have a lot of differences and similarities. So, to get a precise knowledge of these networks, here are key differences and detailed comparisons between Stellar and Ripple.

So, let’s end this Stellar vs Ripple debate.

What Is Stellar (XLM)?

On the other hand, Lumens coins are the native tokens of the network. The Stellar Lumens trades under the XLM ticker symbol on various crypto exchanges.

The coin has a maximum supply of 50 billion tokens, with over 22.5 billion in circulation right now.

You will be surprised to know that both Stellar and Ripple were created by the same person – Jed McCaleb.

Now that you know about Stellar let’s move forward to the short overview of Ripple.

Stellar is often used by people who want to transfer money quickly and cheaply. As an open network,  Stellar allows developers to build financial products on top of it, such as payment processing applications, mobile wallets and lending platforms.

Stellar’s functions are much similar to the SWIFT system. The usage of XLM is often directed toward an average individual rather than big banks, especially those in poorer countries.

What Is Ripple (XRP)?

Ripple is an international payments network developed by Jed McCaleb and Chris Larsen (Ripple Labs) in 2012.

In addition to the global financial system, Ripple also provides high liquidity, which is great for financial institutions such as banks.

What Is Ripple (XRP) Used For?

Apart from a cryptocurrency, Ripple is a payment network, which is widely used by individuals and businesses. For instance, banks and financial institutions used XRP to fastly settle international payments. As Ripple can settle payments in real-time, it hold potent to disrupt the entire banking system.

Additionally, Ripple was established to challenge the traditionally known SWIFT payment system, which enables the exchange of transactions between banks. While SWIFT usually takes 2-3 days to confirm a payment settlement, Ripple has the ability to settle transactions within seconds.

Stellar vs Ripple: What Are The Key Differences?

To simplify the ongoing Stellar vs Ripple, we have come up with key differences between these two blockchain-based cryptocurrencies.

Stellar vs Ripple: How They Differ From Each Other?

As we came across the short introduction, you might have understood both these blockchain networks well. So, here are some key differences between Stellar vs Ripple.

Ripple was launched in 2012 by the founder Jed McCaleb and Chris Larsen. In 2014, Jed McCaleb created the Stellar network.

Initially, Stellar was created to address the limits of the previously developed network Ripple, but it subsequently evolved into a currency in its own right.

As both Stellar and Ripple allow for fast and cost-effective payment transfers, their targeted market is what makes them different.

And this is probably the most significant difference that simplifies the Stellar vs Ripple debate. The latter was developed keeping large financial institutions in mind.

The network makes it easy for people to make cross-border payments quickly. However, the network charges high transactional and exchange rate fees.

Currently, millions of people are away from the reach of any banking system, so Stellar targets those people and allow them to use banking services.

It is a technology via which blockchain validates transactions without any need for a third party.

Ripple’s native and utility token is XRP. However, there has recently been a lot of buzz around the security of XRP tokens.

On the other hand, there are 100 billion XRP in circulation, all of which have been pre-mined. Ripple does not require any stakes or miners. The network controls almost 60 billion of these total 100 billion XRP coins.

Similarly, Stellar has pre-mined 100 billion Lumen tokens (XLM), with the Stellar Development Foundation overseeing the distribution of the coins.

The Stellar Foundation owns 5% of the tokens. In addition, stellar has a feature called Spam Fees to combat spamming. The platform charges a nominal transaction fee.

Some of the few payment partners of the Ripple network include American Express, SBI Group, Western Union, MoneyGram (no longer), Accenture, and GMT.

Due to its rising scarcity, XRP is a deflationary currency, which means that its buying power will likely increase over time.

The reasons for its scarcity are obvious. For instance, the transaction fees on XRP are burnt or permanently withdrawn from circulation.

Conversely, Stellar has a set yearly inflation rate of 1%. As global inflation develops, inflation guarantees that those who can access XLM continue to get a reasonable value for the money.

Because Ripple is a closed-source protocol, no one else has access to it. On the other hand, stellar is open source, implying that anybody may use it.

Because it is open-source, anybody may modify it to meet their needs and use it accordingly.

Side-by-Side Comparison of Stellar and Ripple:

As we have gone through the key differences between the stellar and Ripple, here’s a side-by-side comparison between these two networks.

This will help you understand the Stellar vs Ripple debate even better. So, let’s start!

Apart from some of the major differences, there are a lot of similarities between Stellar and Ripple.

Stellar vs Ripple: Which One To Choose?

Stellar and Ripple both are great blockchain-based projects and payment networks for transferring money internationally. However, both come with their own set of advantages and limitations. Here’s quick guidance on which cryptocurrency you should choose:

Ultimately, the decision to choose the best depends on you and your requirements.

As we have come to an end of this Stellar vs Ripple debate, hope you have understood the topic precisely. Here’s a quick summary of the topic:

Therefore, it seems that Ripple and Stellar are quite popular these days. As a result, the crypto community appears to embrace both networks despite their similarities.

All the Crypto markets are unregulated. You must seek a good crypto exchange to start investing in Cryptocurrency. Here are the best Crypto Exchanges you can start with: Investby, PrimeFin, and ABinvesting.

The value of Stellar (XLM) has been continuously rising for the last few months.

Moreover, there are not any signs of its slowing down. So, we may expect that Stellar will outperform Ripple in the coming years.

Ripple vs Stellar: What Should I Buy?

Who Is XRP Biggest Competitor?

Stellar Lumens is considered the biggest competitor for XRP.

Why Is XRP So Low?

The main reason behind the low value of XRP remains the lawsuit against it filed by the US Security and Exchange Commission (SEC).

According to the price prediction, XRP is expected to be worth $5 by 2030.