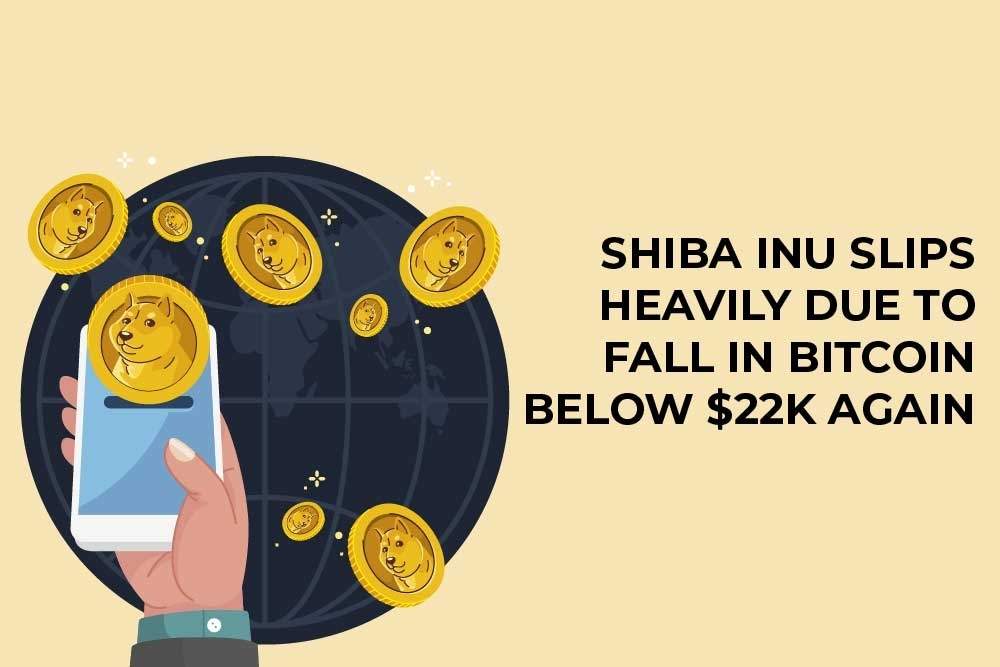 The price of Shiba Inu (SHIB) has decreased by over 7%. The meme coin is being more widely used thanks to SHIB’s recent advances globally. There was minimal to no impact on the price of the meme coin from new listings for SHIB.

Ethereum (ETH) and Cardano (ADA), two other altcoins, are also feeling the pressure as they both dropped by roughly 5% over the previous day.

Since the meme coin was listed on the decentralised exchange network Reflex Swap, things have been going well for SHIB. Earlier in the month, SHIB was also introduced on the Bittrex platform, enabling trading of Shiba Inu against the US dollar.

The current Shiba Inu token burn has also hit a roadblock because there is some debate about the burn portal that has the support of the community. Shiba Inu is another cryptocurrency that has been affected by the negative slump.

Additionally, as SHIB’s metaverse project is still being developed, there is still a possibility for a bullish surge. One of the most recent nations to push the metaverse is the UAE.

Dubai’s crown prince, Sheikh Hamdan bin Mohammed bin Rashid Al Maktoum, announced the creation of a higher committee to make investments in the metaverse. The crown prince will serve as chairman of the Higher Committee for Future Technology and Digital Economy.

To establish a digital and physical collection, game production company Square Enix collaborated with the nonfungible token (NFT) network Enjin (ENJ). A code for the collectible digital counterpart of the products will be included. This code can be redeemed on the NFT platform Efinity network.

The video game behemoth disclosed its intentions to invest in and issue tokens for the Web3 gaming market. The company emphasised that as part of its business strategy for 2022, it will introduce additional NFTs with its games. The company has decided to pursue other blockchain-related initiatives as a result of the success of its inaugural foray into NFTs.