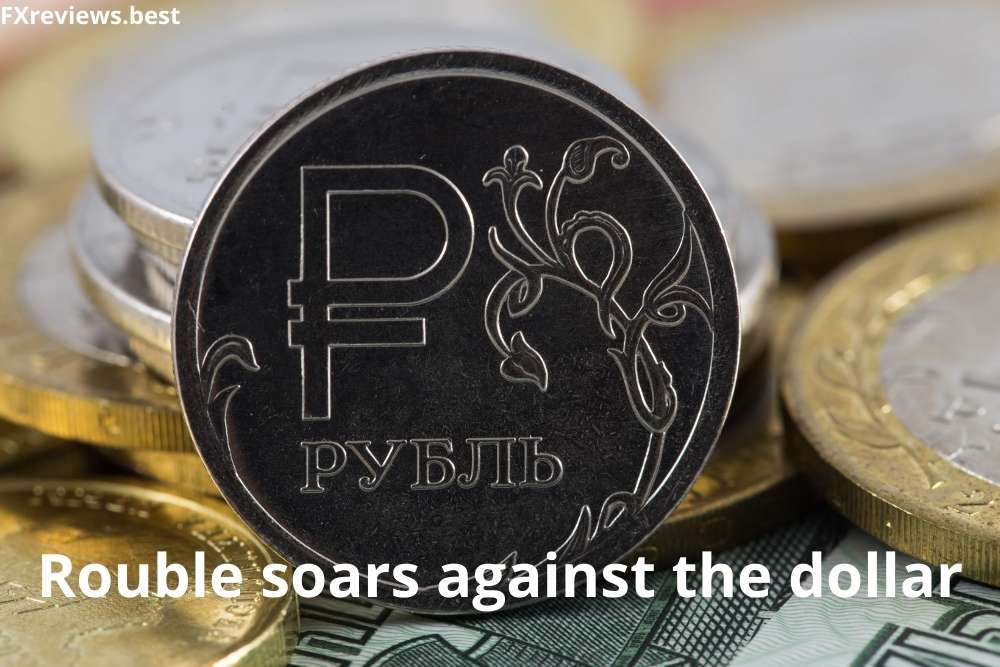 In Moscow trade on Tuesday, the Russian rouble surged to a more than one-month high, firming over 88 to the dollar, while stocks recovered some ground in the fourth session since trading began after a nearly month-long halt.

Following the start of what Russia refers to as a special operation in Ukraine, the Russian market is gradually reopening following a suspension triggered by sweeping Western sanctions.

Russia is converting its gas export payments to roubles, and exporting companies are required to convert 80 percent of their export revenues into roubles.

The market currently relies heavily on developments in Russia-Ukraine relations.

Russian stocks trade in limited periods and are subject to a number of restrictions, including a prohibition on short-selling. The RTS index, which is denominated in dollars, was up 10.2 percent. The MOEX Russian index, which is based on the rouble, was up 4.2 percent.

On Tuesday, shares and depositary receipts of several firms with principal listings abroad that are listed in Moscow resumed trading.

A coupon on a Eurobond due in 2035 had been entirely paid by Russia’s finance minister. Yields move in the opposite direction of prices.

The yield on Russia’s benchmark treasury bonds fell to 13.36 percent, a lower level than the previous week’s peak of 19.74 percent.

Any move toward a ceasefire or a prospective peace accord would help the euro, as the euro zone is expected to bear the brunt of the conflict’s economic consequences.

Even if Russia’s invasion appears to have stopped, Ukraine and the US have little prospect of a resolution at Tuesday’s conference.