Purchasing Power Parity and its Relevance 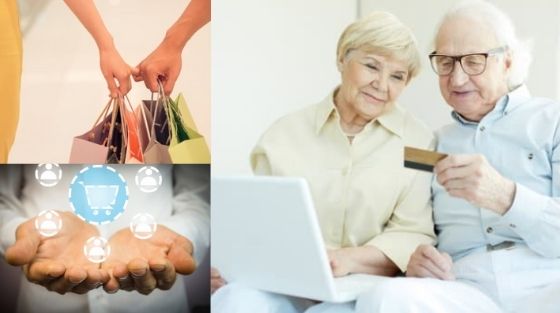 Purchasing power parity (PPP), is a gauge for determining and measuring the living standard and economic conditions among different countries. It picks prices of some distinguishing products and compares them with the purchasing capacity of other nations.

However, the PPP exchange rate and inflation may find a distinction in the market exchange rate. It is due to the costs of transactions, tariff and poverty.

PPP is one of the parameters used extensively while calculating the gross domestic product (GDP) of various countries.

The concept uses a basket of products or goods to know whether the two countries are at equilibrium. When the price of the basket has an identical rate, then the currencies of those nations are at par with each other.

The economic term measures the rate at distinct locations. Law of one price acts as the basic concept. According to it, in the absence of trade and transaction costs of a product, the product would be available at the same value at every place.

Frictions like inflation, poverty, taxes and costs are hindrances that act as a barrier in the calculation. They also prevent from trading an array of products. Hence, measuring a single good becomes pointless. In the goods of baskets, there are different products kept in it in distinct quantities. So, purchasing power parity itemises exchange rates and inflation with one basket’s price ration kept in one place to the other somewhere in another location.

With the right exchange rate, customers and consumers at every destination will have a similar purchasing power. That’s where the idea of PPP erupts.

Dependence On The Basket of Goods

Interestingly, the rate of exchange of PPP is directly related to the basket chosen. Generally, products that comply with the one price law are put into perspective. So, goods which are available in abundance and get traded comfortably at both places land into the selection process.

However, there may be instances where two organisations involved in computing PPP exchange rates come up with different results due to the use of distinct goods. Also, it is significant that the marketexchange rate may differ from the PPP exchange rate as the rate of the market is more volatile. It is sensitive to changes in demands at every place. The labour prices for every product can be one of the major causes of the difference contributing between two rates. PPP has the potential to predict exchange rates of longer terms.

It is noticeable that PPP exchange rates are stable and have slightly less effect of tariffs compared to other barriers. That’s why they get employed in analysing GDPs of different nations and income statistics. The numbers come labelled with PPP adjusted.

There are some countries which for accomodating or exhibiting PPP adjust their GDP.

There no such possibility or evidence found in many years. The exchange rate movements motion through the announcement of news and information. Factors like changes in interest rates, economic growth path, perception change can push the exchange rate to run.

PPP displays exchange rates’ long term behaviour. The economic might, besides PPP, has the potential to reach the level of currencies’ purchasing power. But it may take 4-10 years.

In every three years, a report is released by the world bank that mentions the comparison productivity and growth of several nations based on US dollars and PPP. OECD and IMF (International Monetary Fund) use PPP metrics based weights for recommending and predicting economic policies. They can have an immediate impact on the market.

Use in Forex Trades

PPP comes packed with multipurpose utility. Even forex traders use PPP to meet their expectations. They look for overvalued to undervalued currencies for investments, buying and selling. Any market player that stockpiles equities or bonds of a foreign market or companies has the luxury of using PPP figure to find out the effect caused by fluctuations of exchange rates on a nation’s financial and economic health.

Every good thing has some flaws. The purchasing power parity does not disappoint here as well.

Intervention by governments: Due to tariffs imposed by governments of different nations, the rates of imported products get magnified. But the same goods in another nation would be available at an uncostly price. So, the intervening of the outside forces like governments result in the change.

The imposition of additional taxes like sales and others by local governments in power lead in the rise of prices of products compared to other nations.

Not every product is available locally. Hence they are imported from other states or countries. It incurs transportation cost that adds to goods, and the prices witness a spike. The charges of fuel, import duties, profits of the transporter and fares all get included in the same. Thus the amount charged for the imported item or product would be relatively higher than the locally made.