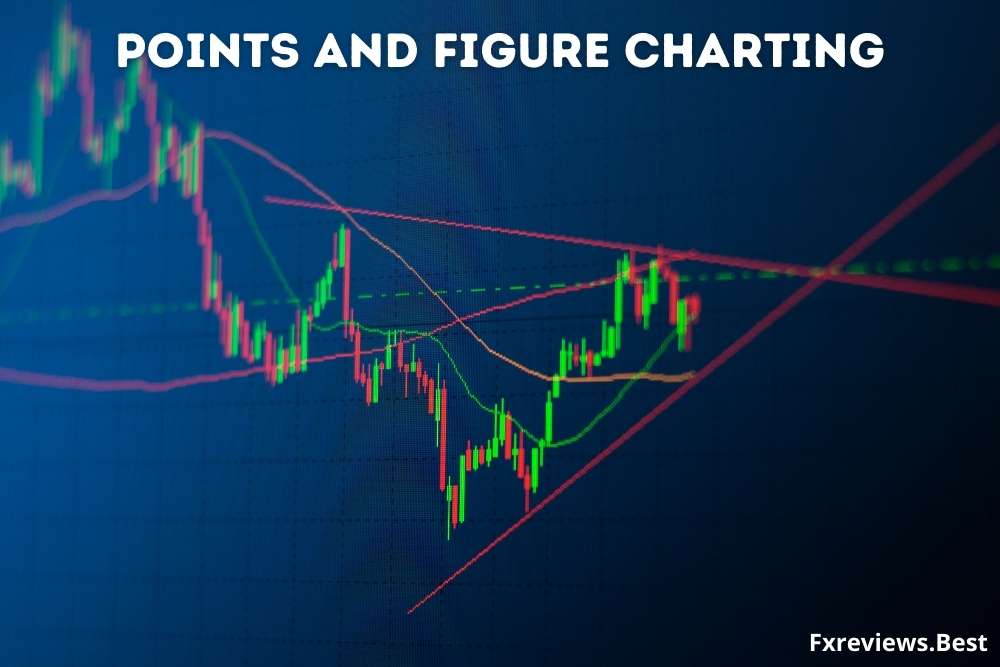 Points and figure Charting are the simplest ways of finding a path defining exit and entry points in bonds, stocks, commodities and futures markets considering the time’s passage. It is also called as P&F chart, and it comes from a long-term investment’s perspective. The charting system looks after the demand and supply phenomenon of each instrument. Moreover, it also looks after the development of trends.

Other charts account for the discrete passage of time with x-axes while P&F do not. However, Points and Figure charting is not much heard or used in the financial circuits, but the interest for its use is growing like a wildfire. Traders have started utilising it for technical analysis. Charting communities are accepting it with open arms by observing its benefits in favour of traders. It provides a disciplined yet simple approach of determining or identifying a trend or market’s movement.

How to construct Points and Figure chart

Generally, for technical analysis of the market and to know the market trends and movements high-low chart or open-close chart is used for a specific time. They mostly capture day to day trends. However, the creation of P&F requires concentration only on the issue of a closing price.

Vertical columns, Horizontal patterns’ price projection techniques and objective trend lines are some of the advantages that P&F charts boast. Any kind of instrument or market can be traded solely, in all time frames, by Points and figure Charting techniques.

Interestingly, the creators of Points and Figure Charting focused exclusively on developing trends. The noise created by minor or small moves down and up did not concern them. Instead, they looked at the larger picture connected to the demand and supply game and their perspective.

The establishment of the price’s unit is the important key to P&F charts. It is the measurement’s unit on a graph plotting the price movement on it. There’s only a price axis and no time axis on it. So, it appears different from normal charts. Here, the rising prices of commodities or any assets are denoted by X’s while O’s exhibit the plunging prices.

The appearance of these charts happens with a condition when price moves one unit of the price at least in any direction.

For example, if a commodity price moves up one price unit five times, it would display as a five X’s column. However, if the direction of the unit of price reverses, a new O’s column appears on the chart. O here exhibits each price unit’s movement.

Traders using graphs or charts, also known as chartists, must know the number of price units required for the minimum price change (box) for adding a point to the P&F charts. So, that’s the criteria of the price movement in the reverse direction for starting a new column in a chart.

For instance, if a trader tracks a commodity trading at USD 30 by using a USD 1 unit measurement with a reverse box of 5 units. Now, if the commodity trades beyond USD 30, the asset would need to close the day at USD 25 ahead of the chart reversing to O’s column.

For plotting every unit of the price movement, the unit that is down from the price level of USD 30 must be represented by O. The next reversal would get the commodity trading up by at least 5 points of USD 5 prior to the new column of X’s coming into the limelight of the P & F chart.

If the issue continuously falls to USD 22, before its reversal, the X’s would come back once the price hits USD 26. If the commodity prices are high enough, you have the ability to choose the unit size. It can be anything, from USD 0.50, lesser or USD 5 if the prices are too high.

Thus, Points and Figure charts are used to visualise or imagine trends and movements of different instruments and markets regardless of the time that passes away.

The history of Points and figure Charting is interesting and worth acknowledging. One of its references arrives from a writer, Hoyle, who wrote a book in 1898. Earlier, numbers were used to draw P&F charts. Thus, they were normally addressed as ‘Figure Charts’. With the passage of time, it evolved into charts with a few numbers and X’s. A.W. Cohen is considered the father of three 3-Box Reversal P&F charting with O’s and X’s. Cohen authored myriad books on the “Three-Point Reversal Method”. Later on, he became ChartCraft’s editor.

Interestingly, before the invention of computers, P&F charts were the best way for maintaining a large chart collection. In less than an hour’s time, chartists would analyse and update more than 50 charts with some graph paper, newspaper and a pencil. However, technology cast the method away later on as it made the process of charting even better and easier. However, some brokers still offer the facility.

Today, O columns define the fall while X columns show the rise in a chart. Thus, they represent a downtrend or an uptrend. On a chart, every X and O occupy a box.

The price range of each box is defined by box size. The second set of each chart is called the reversal amount. It acknowledges the amount required by an asset to move in the reverse direction for warranting a column reversal.

Every time the threshold reversal gets crossed, a fresh column gets off right next to the last one. Then, however, it moves in the reverse direction.

There are several types of box scaling points and figure charting.

Dynamic (ATR) scaling:- Here, the box size is based on ATR (Average True Range). The default here is 20 days. However, a trader needs to be wary of settings here because price changes with ATR change. Prior signals may also disappear with the change in the box size channelised by the ATR.

Traditional box scaling:- A predefined price range table is used to find out the probable box size. People at ChartCraft created the table. Tom Dorsey, later on, popularised it in the Points and Figure Charting book.

User-defined box scaling:- It allows the user or client to decide the size of the box. A bigger box size results in elevated price movements. But there are fewer or less reversals. On the other hand, if the box’s size is smaller, there will be more reversal and less filtered price movements.

Two different pricing methods are available: the close method and the high-low method. Only one price point is used by each method. On the other side, for obvious reasons, the close method adheres to only the closing price. The high and the low method uses either the low or high but does not use both at the same time.

Also, both get ignored sometimes. Here are some rules:-

A single price is not represented by a P&F Box. Instead, it depends on the chose box scaling method along with the current column’s direction. The range surges from a surging X-column and dips from a dipping O column.

However, things change when the column is O. It enacts differently. For example, in the 12 box, a move to 12 offers an O. If the price ranges between 11.01 to 12, the O will remain.

It is notable that the range is different compared to the range of an increasing X column. However, a price of 11 will provide an O. Anything that lies between the range of 10 and 11 will offer an O in the box.

The basic chart formations in Point & Figure include double bottom sell and double top buy. The primary aim of the P&F is to showcase the larger picture of the market. Their formations are simple form breakouts. Time frame and box value are two factors on which their usage depends. Objectivity and simplicity are two major advantages that sprout from Points and Figure Charting

PS:- The unique method of constructing P&F charts removes the insignificant information from the present data and displays a clear picture by showcasing beneficial objectivity. It helps in controlling the trade numbers and stops overtrading and emotional trading. Thus, it casts away the bigger issue of discretionary trading.

Once basic patterns are understood by a trader, there are several basic signals that find the ground for excellence. These signals are used for running scanners and building systems for filtering commodities, stocks, indices, forex and other instruments from the rest.

There are several more patterns that reinstate the necessity of Points and figure charting.

Points and Figure Charting is gaining popularity yet again, as it offers a different approach to trading to traders. If you are using brokers like TradedWell, Brokereo, 101investing, and others, chances are better for profit booking in the financial market. These brokers thin the chances of losses and show better ways of trading to traders. However, Points and Figure Charting requires deep study and research for understanding before applying.

What is the use of Points and Figure charting?

The P&F chart has been there for more than a century. Before the incarnation of modern-day technology, it was the most popular chart that was simple to use and helped traders to receive the desired result. Now, once again, people are realising its utility of providing great information through multiple chart patterns that it exhibits to its users. If someone wants to learn great trading skills, these charts are useful.

There are two columns in Points and Figure charting, X and O which exhibit the filtered price movements in the market. It is a disciplined yet powerful method of identifying emerging and current trends.

What is Point & Figure pattern?

It is a type of charting technique precisely used in technical analysis. The charting does not offer plot price against time but displays changes in direction by plotting different columns on price fall (O) and price rise (X).