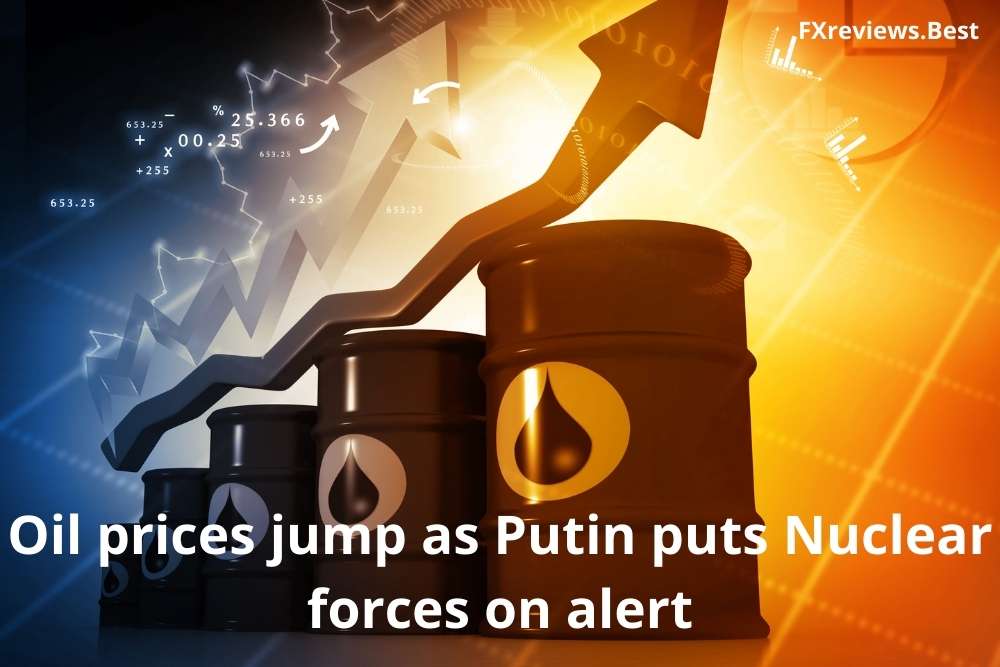 Oil prices soared on Monday as a result of increased sanctions against Russia for its invasion of Ukraine, prompting President Vladimir Putin to activate his country’s nuclear deterrent.

Brent soared back above $100 a barrel, initially soaring more than $7, as fears of oil supplies from the world’s second-largest producer being interrupted were heightened by the nuclear warning and bank payment limits. Russia supplies around ten percent of the world’s oil.

According to Stephen Brennock of oil trader PVM, Putin’s decision to place Russian nuclear troops on high alert is a clear and concerning escalation that can only benefit oil prices.

On Monday, anticipation for negotiations between Russia and Ukraine at a location near the Belarusian border held the market steady.

In April, OPEC+ is anticipated to keep adding 400,000 barrels per day of supply.

At market open in Moscow, the Russian rouble was down and over 15% against the dollar and euro.