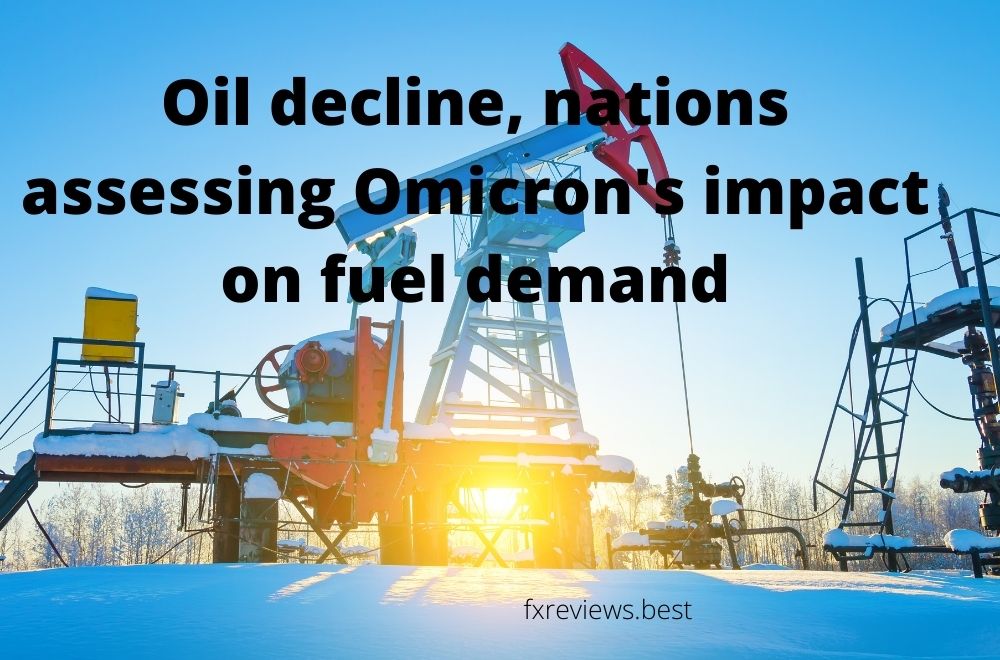 Oil prices were down in Asia on Wednesday morning, giving back gains made earlier in the week. Investors are still weighing the effects of the Omicron COVID-19 variation on fuel consumption, as well as the efficacy of existing vaccinations.

Top energy executives cautioned on Tuesday that the transition from oil and gas to renewables will be ugly for many years and will result in acute energy price volatility as demand and supply collide. By 3:18 a.m. GMT, Brent oil prices were down 0.33 percent to $75.19, while WTI futures were down 0.31 percent to $71.83.

The increased pressure on energy producers, as well as fresh worries regarding the Organization of Petroleum Exporting Countries’ spare production capacity, are creating the conditions for a tumultuous shift.

Due to output losses, consumers in Asia and Europe have encountered natural gas, coal, and power shortages this year, pushing prices to multi-year highs. Oil prices rose earlier this week after a drop last week, owing to growing confidence that the new Omicron version will not inflict significant economic harm.

Investors are also keeping an eye on discussions between Iran and Western powers to resurrect the 2015 nuclear agreement. Indirect discussions between the US and Iran began a week ago but were suspended on Friday. They are set to resume later this week.

On Monday, a spokeswoman for Germany’s Federal Foreign Office urged Iran to offer reasonable ideas in talks over its nuclear program. In addition, energy businesses must provide a consistent supply of oil and natural gas, as demand is expected to rise in the future years.

Investors are keeping an eye on tensions between Russia and Ukraine in addition to the discussions, according to Kikukawa. According to reports, the US and Germany have reached an agreement to shut down the Nord Stream 2 natural gas pipeline in the case when Russia invades Ukraine.