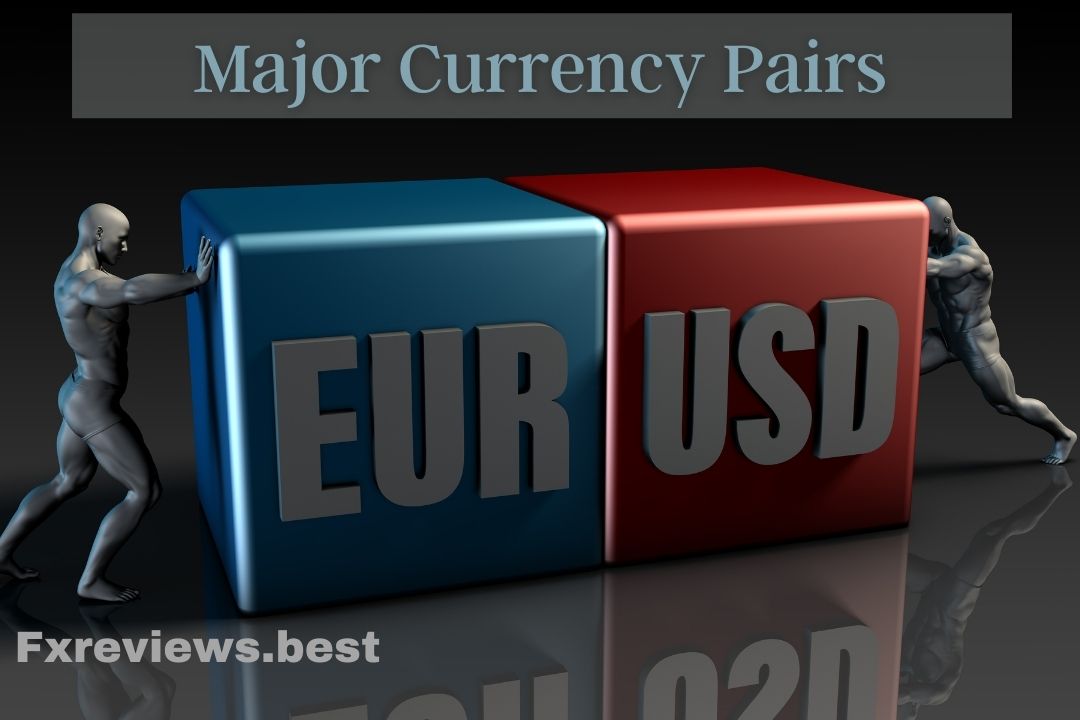 If you have heard about the foreign exchange or currency market, probably you have also heard the term “currency pairs“. There are various categories of forex currency pairs, including majors, minors, and exotic. In this article, we will discuss the main pairs in detail and how you can trade them.

Transactions in the FX market entail an exchange of currencies, as the name indicates. Therefore currencies are valued relative to other currencies and transacted at a set rate known as an exchange rate.

As a result, a currency is usually stated in relation to another currency that it may be swapped for. As a result, all currencies traded in the foreign exchange market are traded in pairs, which are referred to as currency pairings by forex traders.

The sections include some of the fundamental principles surrounding currency pairings, such as their notation convention and the relevance of the order in which the currencies occur. Below are listings of the main, minor, and exotic currency pairings and crosses and information on market liquidity and common nomenclature.

A slash frequently separates the three-letter currency codes for each currency in forex currency pairings. EUR/USD, for example, is a common forex symbol for a pair consisting of European Union Euros (ISO code EUR) expressed in US Dollar terms (ISO code USD).

The foreign exchange, also known as the FX market, is the largest marketplace in the world, with more than $5 trillion traded on a daily basis. If you want to learn how to trade forex, you need to first grasp how the market works and what a currency/forex pair is.

Trading in the forex market, in simple words, implies profiting from the purchase or short-selling of one or more pairs. You estimate the future movement of one currency in respect to another using various technical analysis indicators, fundamental analysis, or both.

A currency/forex pair refers to a pair that includes two currencies traded in the foreign exchange market. In the typical market shorthand, each pair has a base currency before the slash and a counter currency or quote currency after the slash. So let’s start with the basics. All currencies are labeled with three-letter tags and are specified according to the international standard code, or ISO currency code.

There are three main types of currency/forex pairs which are

Major forex pairs are the most traded ones and the most popular among traders worldwide. You can trade these pairs via a reliable broker like PrimeFin. The broker is highly regulated and known for providing the best environment to trade in the forex market.

The most-traded four major forex pairs of this type are EUR/USD, GBP/USD, USD/CHF, and USD/JPY. Although, the market has a high risk of losing due to the volatility.

Keep in mind that a currency pair’s volatility might fluctuate over time as the underlying circumstances change. This is the reason for the high risk of losing money in the market and therefore the success rate of the market is only 5 to 10 percent.

However, the pairs listed below are among the most and least volatile.

How to trade currency/forex pairs?

On your trading platform, you may observe that for each currency pair, two values are displayed: the bid price and the ask price. A spread is a difference between the two.

The bid and ask prices are displayed from the perspective of a broker. The bid price is the price at which a broker is prepared to purchase a forex currency pair, whereas the asking price is the price at which the broker is willing to sell it. Because brokers sell you the pair for more than their purchase price, the asking price will always be more significant.

When purchasing a currency pair, the trader pays the asking price and sells it for the bid price. Because some trading platforms identify pricing as a sell and buy, keep in mind that the trader buys at the higher stated price and sells at the lower. The bid and ask or sell and buy values for several pairings with GBP as the base currency are represented by a table provided by your broker.

When traders sell the GBP/USD pair, they receive a certain amount in exchange for one GBP, or if they opt to purchase, they will pay a greater price. The spread is the difference between the two, and as you can see, the spread varies based on the currency pair. Smaller spreads are preferred by traders since a deal must cover the spread before it becomes lucrative.

When you open a position in the forex market, you’re looking at the connection between the currencies and whether one is stronger or weaker than the other. Traders can make money in one of two ways:

Even traders can trade in other currencies to make money, they have to check with the market conditions and future aspects of the pairs for a profitable return. For example, Canadian dollar, Indian rupee, New Zealand dollar, or other forex currency pairs.

Many factors can influence currency/forex pairs, and each has its own characteristics that attract or repel traders. They can pick a currency pair to trade based on volatility, liquidity, volume, or any other characteristic. As a result, the list of the most popular forex pairings can include currencies with vastly different qualities. The following are some of the most commonly traded pairs:

Which forex pairs are best for trading is a difficult question to answer because it depends on your trading goals.

Consider some of the most volatile pairings if you want the chance to make more significant gains (more pips) by taking on greater risk. Conversely, you can trade some of the less volatile pairs from the most stable economies if you want more stability. You can also trade major currency pairs, exotic pairs, or crosses as an alternative.

When deciding the currency pair to trade, the spread between the bid and ask prices can also be a factor. You could also have a lot of knowledge about a particular economy and decide to trade currency/forex pairs that contain it. There are numerous currency combinations to choose from, and the decision is based on personal tastes.

However, when choosing a forex pair, keep volume and liquidity in mind to ensure that demand and supply are balanced. Also, remember that with volatile pairs, you can make more money because price fluctuations are likely to be considerably bigger.

Trading a major currency pair is thought to have fewer risks than trading other types of pairs. Thus beginner traders should choose a pair with high liquidity and a low amount of volatility until they get more experience with forex trading.

Liquidity in the Major, Minor, and Exotic Forex Pairs

Participants in the forex market occasionally disagree on whether currency pairings are major, minor, or exotic. Nonetheless, in the vast majority of circumstances, these broad classifications refer to currency pairings that are either highly liquid, somewhat liquid, or rather illiquid.

In addition, the term liquidity in the context of the currency market refers to the ability of the forex market to handle a buy or sale transaction without creating a significant shift in the exchange rate for the forex pair in question.

In fact, forex market liquidity is determined by the number of market makers available to offer quotations for a given currency pair, as well as their willingness to absorb big transactions without significantly affecting the exchange rate.

Minor forex pairs, which comprise so-called cross-currency exchange rates that do not involve the US dollar, make up the next lowest rung of liquidity. For example, some traders classify the NZD/USD as a major FX pair, but others classify it as a minor FX pair since it remains popular among traders and has very liquid markets as a result.

Traders of cross-currency pairings often have less liquid trading conditions and more excellent spreads than traders of major currency pairs. Therefore, the more liquid markets of their associated currencies quoted against the US Dollar can be used to calculate cross exchange rates.

The EUR/JPY, EUR/GBP, and GBP/JPY pairs are all highly liquid cross currency pairs that do not include the US dollar. The AUD/JPY and GBP/NZD pairs, for example, are less liquid cross-currency/forex pairs.

After checking to verify if your present broker or dealer trades in the new currency pair, the next step is to conduct some basic research on the two nations that supply the currencies that make up the new interest pair.

You can trade major pairs with a well-regulated and reputed forex broker PrimeFin and lock your trading opportunities to make huge profits. Traders can open their retail investor accounts or professional trading accounts whichever they find suitable and trade in the foreign exchange market.

Because currencies are similar to the stock market of the countries or regions that issue them, learning about the issuer’s politics and economics, as well as determining what items it purchases and sells, would likely be beneficial. However, there is risk involved, the retail investor accounts lose money rapidly if not predicted properly and same goes with the experienced ones.

Traders have to be alert and keep updated for desired market profits. Currency trading is not simple and requires practice and expertise.