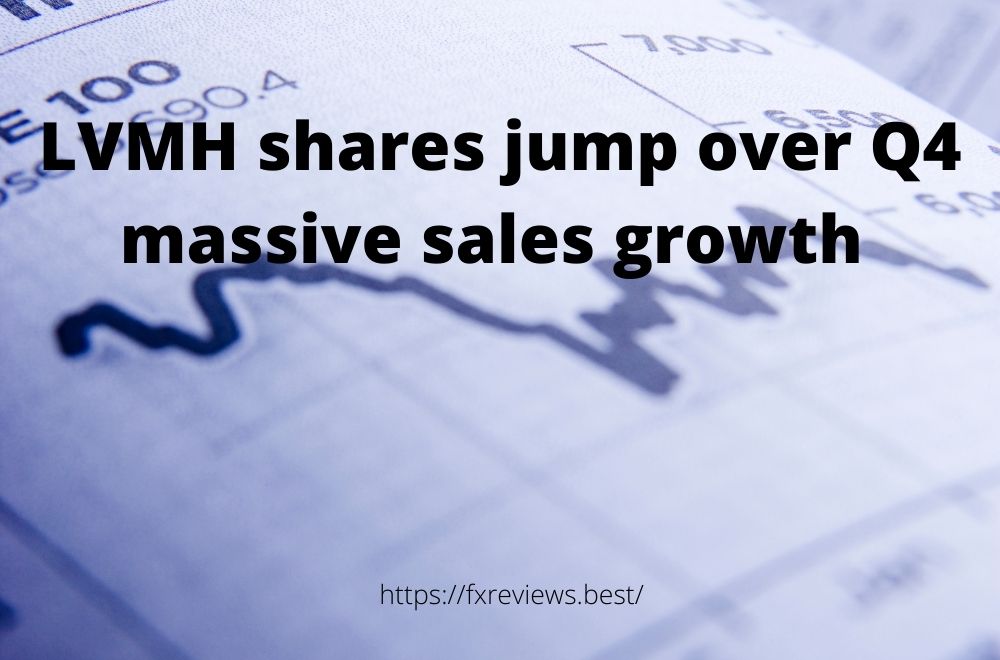 In early session trade, LVMH shares were up 3.9 percent, and the rally in LVMH also boosted shares of luxury goods rivals like Kering (PRTP) and Hermes.

The company’s revenue in the last three months of last year was 51% higher than before the pandemic in 2019.

According to the company, the group’s organic revenue growth of 22% in the fourth quarter compared to 2019 shows the rapid growth of its activities, according to a press statement.

LVMH will propose a dividend of 10 euros per share at its annual general meeting on April 21, 2022.

Despite some positive business news, European stock markets fell on Friday, weighed down by the Federal Reserve’s recent hawkish tilt as well as concerns over Russia’s intentions in Ukraine.

The shares of H&M (HM-B) jumped more than 5% after the world’s second-largest fashion retailer posted a higher profit than expected for the September-November period as sales rebounded and said it plans to treble sales by 2030.

The stock of Givaudan (GIVN) dropped 4.4 percent after the Swiss fragrance and flavour company announced a lower-than-expected increase in net profit and dividend for 2021.