Learn Analysis of The Cryptocurrency Market 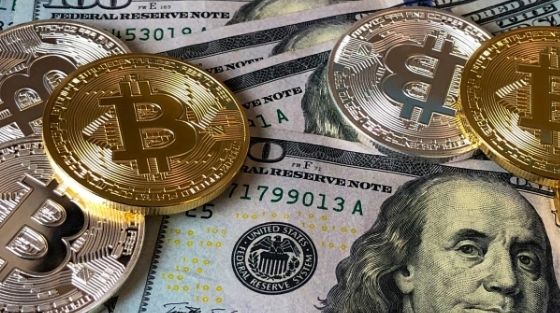 Some Basic Keyword of the Cryptocurrency Market

1) Adaptive Scaling: Adaptive scaling indicates that virtual currencies are made with standards to ensure that they operate satisfactorily in different types of scales (including both small and large scales).

Example of adaptive scaling: The famous Bitcoin is programmed such that it allows mining of bitcoin consecutively in approximately every ten minutes. The program or algorithm adapts itself after every two weeks or after every 2016 blocks to get harder and easier based on the time taken by those 2016 blocks to get mined. So, if it took only 13 days for the program to mine these 2016 blocks, then it means it is very easy to mine, so the difficulty rises. However, if the program takes 15 days to mine the 2016 block, it indicates that it is tough to mine, so the difficulty declines. Also, other methods are included in electronic coins to grant for adaptive scaling such as restricting the supply over a period (for creating scarcity) and declining the reward given on mining (because more coins are mined)

2) Cryptographic: The cryptocurrencies make use of the technique known as cryptography to manage the production of digital coins and to validate transactions.

3) Decentralised: A centralised authority (mainly government) controls the currencies being circulated in the market; thus, their production and creation can be in control of the third party. However, the transaction and creation of cryptocurrency are open sources, guided by computer code, and depends on peer-to-peer networks. No single entity can affect or control the currency fully.

4) Digital: A Physical object (for example, USD in earlier times was backed by gold and existing by paper money) defines the conventional form of currency. But,  the crypto token is digital. These virtual coins are transferred digitally from one digital wallet or other and stored in the virtual wallets. No physical entity or object exists in it.

5) Open Sources: The cryptocurrency market is an open-source market. It means that the developer can make APIs without spending money on fees, and anyone can join or use the network.

6) Proof-of-work: Most cryptocurrency markets use a system known as a proof-of-work system. This system uses easy-to-verify and hard-to-compute computer-based puzzles, which limits the exploitation of virtual currency during the process of mining. Primarily, it is similar to solving the “captcha” for verification and requires high computing power.

Important: Various other systems, such as proof-of-work and proof-of-stake, are also used.

7) Pseudonymity: The purchaser of cryptocurrency keeps its virtual coins in a digital wallet. This wallet is encrypted, and identification too stored at an encrypted address that a buyer has control over. This information is not attached to a specific person’s identity. The connection between a trader and its coins is not anonymous rather pseudonymous. It is because the ledgers are accessible to the public, and hence, they could be used to gather information about groups of traders present in the network.

8) Value: An efficient currency is known for the worth which it carries. For example, the United States greenback is used to indicate the real gold. The gold was limited and required work to refine and mine, so the processing and scarce volume directly gave value to the gold. Thus, this gave worth to the United States dollar.

9) Addition of value: Cryptocurrency market works concerning worth. In cryptocurrency, tokens (they are nothing more than openly agreed on account of ownership) are created or generated by miners. These miners are individuals who operate programs on techno specific hardware designed primarily to resolve proof-of-work problems.

This effort behind mining provides these coins with value while the demand for them and deficiency of them leads to fluctuation in their value. The concept of effort providing value to currency is termed as “proof-of-stake” system. Another way for verification of coins is called proof-of-stake. Worth also comes when different transactions get added to the public ledger; thus, accounting for work in confirmation of the transaction block. Moreover, it also comes from factors including supply, demand and utility.

The cryptocurrency market looks attractive after the article, isn’t it?

So, if you are ready and thinking to invest in this market, then you can check out our other articles and blogs posted on our website fxreviews.best. There are articles for the beginners as well as professional traders to make their trading experience better and easy going.