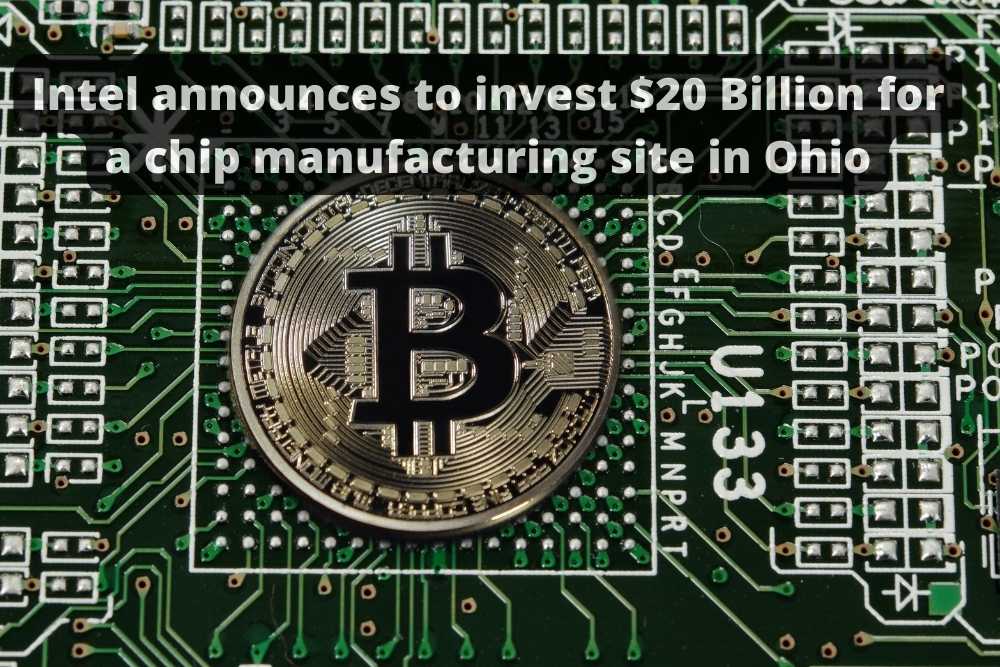 According to people briefed on the topic, Intel Corp (INTC) is expected to announce on Friday that it will invest $20 billion in a vast new production site outside Columbus, Ohio, to research and produce sophisticated semiconductor chips.

The initial $20 billion is the first step in a multibillion-dollar project that eventually includes eight factories.

President Joe Biden will speak on Friday on the U.S. government’s initiatives to enhance semiconductor supply, manufacture more in the U.S., and restore our domestic supply chains.

Chipmakers are scrambling to increase output as chip shortages hit industries all across the world, from automobiles to consumer gadgets. Intel is also attempting to reclaim its status as the world’s smallest and quickest chip manufacturer from current leader TSMC, situated in Taiwan.

Last autumn, Gelsinger said he planned to reveal a new U.S. campus location by the end of the year, which would eventually house eight chip manufacturers.

According to the Washington Post, the facility may cost $100 billion over ten years and employ 10,000 people.

The Biden administration is working hard to persuade Congress to approve $52 billion in funding to boost chip manufacture in the United States considerably. However, because such complexes require years to develop, Intel’s plans for new plants will not help the current demand crisis.

Intel says it looked at 38 different locations before settling on New Albany, Ohio, in December. To support the plant, Ohio has committed to invest $1 billion in infrastructure improvements.