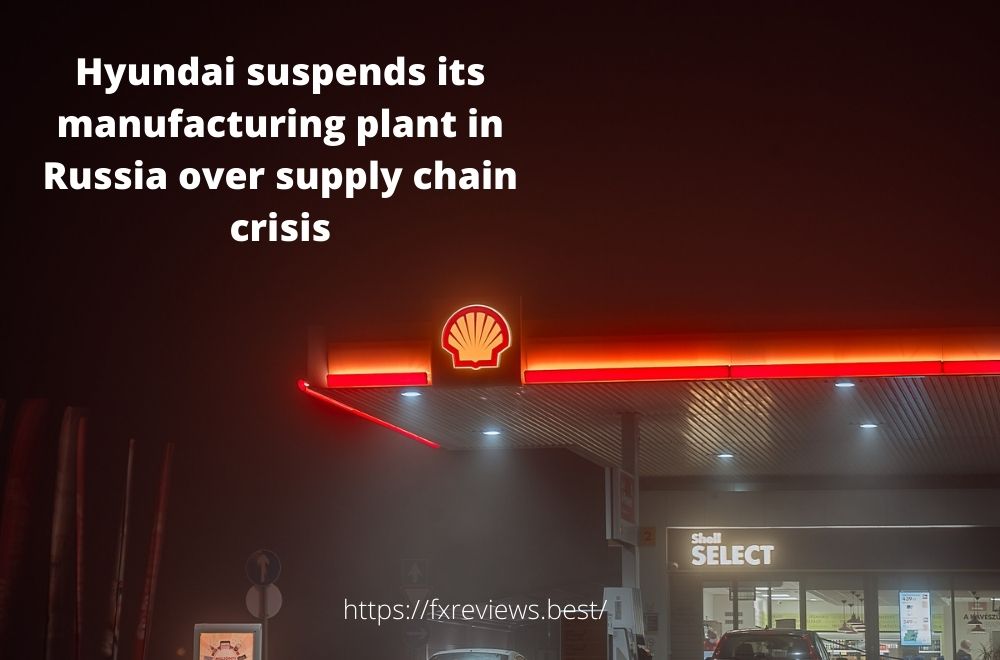 Due to supply chain disruptions, Hyundai Motor Co’s automobile assembly factory in Russia’s St Petersburg will be closed from March 1 to 5.  Russia is one of the world’s largest exporters of palladium. The markets are projected to suffer a shortage of these metals when trading channels are disrupted and penalties are enforced.

South Korean car component producers are also keeping a close eye on the issue. According to the Korea Automobile Manufacturers Association, shipments to Russia totaled US$1.5 billion last year, making Russia their third-largest market behind the US and China.

According to Interfax news agency, citing a business representative for the South Korean corporation in Russia.

Economic sanctions against Russia are expected to have a significant impact on South Korean businesses.

The problem is projected to put a strain on semiconductor supply, aggravating an already shaky supply of the critical component. This could result in higher pricing and longer waits for automobile buyers in other regions of the world.

Another issue is the rising price of crude oil. As Russia announced its war on Ukraine, crude oil hit a new high of $105 per barrel.

On Tuesday, Asian equities regained some of their calm as the enormous selling that rocked global markets following Russia’s invasion of Ukraine last week came to a halt while climbing crude prices bolstered the region’s oil exporters.

On Monday, high-level discussions between Kyiv and Moscow ended with no resolution other than to continue talking, but Asian markets stabilized as signals of no rapid sanctions escalation emerged.