HDFC Makes To The World’s Top Banks After Merger 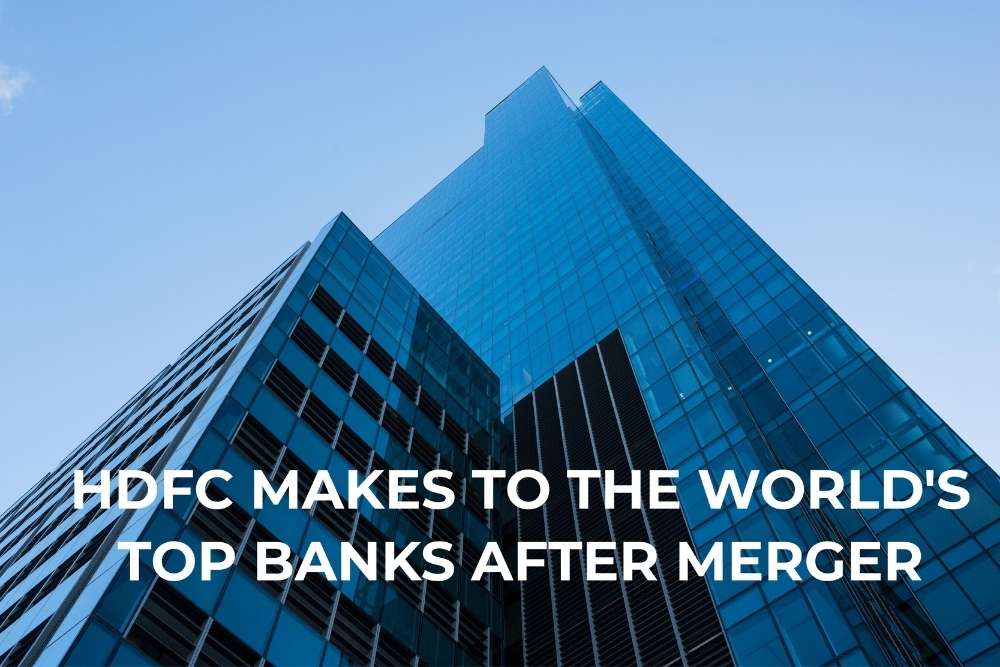 Being part of the top ten bank club is going to advantage the HDFC bank. The bank has a market capitalization of $108 billion. Moreover, the bank has recently overgrown Citigroup, which had position number 17 in the market.

Also, the bank is worth more than UBS and DBS Group combined. The two companies are valued at around $58 billion. SBI, which is the most prominent lending firm in the country, has a total value of $57 billion and holds the 32nd position in the market.

The market capital of HDFC Bank and HDFC company together is $160 billion.

The increase in the bank’s rank and valuation in the market makes it systematically important and raises it in the Indian market. In addition, such banks are expected to hold more capital compared to others, not being systemically significant banks.

Already having the position of the top bank makes HDFC the top bank in India. Further, the increase in size adds the bank to the global financial market. Thus, marking its global significance.

The Financial Stability Board, an international body, makes the recommendations for financial regulations. In its 2021 list, JP Morgan is the most systematically important bank.

It is followed by BNP Paribas, Citigroup and HSBC financial services company. The Board makes a list of 30 systemically important banks globally. Unfortunately, the 2021 list does not have any Indian banks.

However, the list includes four Chinese lenders. The 2022 list may include some of the top Indian banks.

The criteria of the bank listing are its high capital buffer, loss-absorbing capacity, resolvability and supervisory expectations.