What Is The Future Of Bitcoin And Cryptocurrency 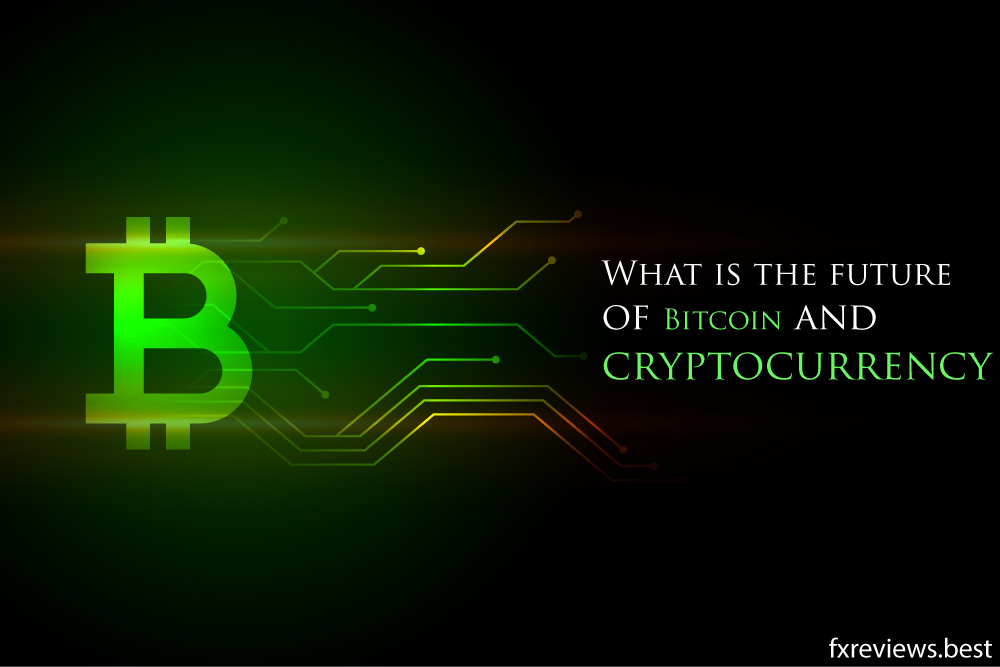 Looking at the magnitude of changes that are being inflicted by the COVID-19 situation, it seems that new technologies will soon be hovering upon humankind, and it already has. In one year, people have seen a rollercoaster ride of life. Modes of businesses, transactions, trading and more importantly, thought processes have changed. What earlier looked possible or the best option has ceased to exist. People are grooming themselves for the digital revolution and gearing up for the future. The future of bitcoin and cryptocurrency seem on similar lines. Investors realise how vital it is to ascertain the rules of 2021 and ahead.

The interest in bitcoin investment is snowballing, especially after what happened during the peak pandemic. When people were unsure about things and did not have any answers to several questions, bitcoin was racing a sprint and crossed the USD 50,000 mark before one could realise. It was the same period, and other markets were huffing and puffing, looking in different directions for help. That’s where bitcoin and other cryptocurrencies put up their ‘A’ game and stunned the world.

Bitcoin climbed to USD 61,283.80 on 13 March 2021. That’s the magic that it can create with people piling up their thoughts in a unidirectional. However, someone might think that it happened overnight. But it isn’t so. Neither Rome was built in a day, nor did bitcoin reach the heights where it is today. Everyone had their share of struggles and challenges. However, those who don’t give up midway succeed.

What are the reasons for the growth of cryptocurrency and bitcoin?

In recent years, we all have observed the trust of people building on cryptocurrencies following the safety norms, easy utilisation sans transactions and other banking charges. Also, there are less to no hassles, and that factor bolsters the use of digital currencies. Also, as opposed to fiat currencies, they cannot be forged, and no one can steal them. Thus, the element of transparency is highest, and it is garnering support from big business giants like Microsoft, Tesla and Amazon.

If you see closely, it has evolved with time, plugging all loopholes and following the criteria of the world and its requirements. That is quick and self appreciating and one of the main reasons why people are getting attracted and attached to it.

The technology is incapacitated with power that has brought the world to its knees. Those who once ignored it are the ones appreciating and adapting it with open arms. That’s the welcome change that has compelled people to accept and grow further in their lives by using the digital currency option instead of the traditional one.

The best part about cryptocurrency is that it is environmentally friendly. It discourages the usage of paper currencies or fiat ones. When every transaction can happen digitally, then why seek help from paper notes that hampers trees and causes carbon footprint and takes away the habitat of millions of species across the globe. If you wish to step into the world with less disruption and chaos, then encouraging cryptocurrency seems profitable in those regards. Also, the world gets bound with better currency use. It unites the world. The dream of a boundaryless world can be achieved.

However, when the abrupt crash of bitcoin took place in 2018 after the sudden emergence in 2017, it seemed that the internet currency was a one time wonder. However, it delivered to investors when it mattered the most and rose like a phoenix in 2020, the time of pandemic and gave wings of hope to everyone looking around looking for investment strategies.

Cryptocurrency is a kind of digital asset which knows the paramount security and safety for its subscribers. Cryptocurrency acts as a medium of exchange for different transactions and cryptography. It also controls and gives leeway to additional digital currency units. Is due to blockchain technology. It makes it stand out and safe for use. People find it secured for their funds and take chances here.

Cryptocurrency is also known as a mode of payment used against exchanging goods and services. The blockchain technology which channelises cryptocurrency is a decentralised entity and works in blocks. It is spread across several computer systems kept at various locations of the world.

It manages data and records transactions initiated by people.

What type of cryptocurrencies is floating in the market?

Currently, there are more than 6700 cryptocurrencies in the market which are trading worldwide. However, there’s none compared to bitcoin. It is miles ahead of everyone else. That’s something that encourages investors to put their funds there. And the recent fluctuation in the market has offered traders several reasons to turn toward the tide and make better income in a short interval.

Through initial coin offering, cryptocurrencies are raising money in the market and proliferating. Interestingly, the total value combined of all cryptocurrencies was USD 1.6 trillion on 18Feb 2021 as per the CoinMarketCap. However, on April 1, the value of bitcoin alone was pegged at USD 1.1 trillion.  That is humongous and at par and bigger than some of the biggest industry giants in the world.

Thus, it is attracting traction from the left, right and centre. The way cryptocurrencies are increasing with each passing day, there is no doubt that the investment will keep on flowing in a similar way in the future given the requirement of trading and recent upheavals of financial markets.

Which are the best cryptocurrencies apart from bitcoin?

If we talk about market capitalisation, ethereum, tether, Cardano, Binance coin, ripple, litecoin, and many more are faring well in the market.

What are the reasons for cryptocurrencies’ popularity?

There are so many reasons that one can list out. The most common of them all is here:-

How to buy cryptocurrencies?

Buying and selling cryptocurrency is a simple task. All you need is a better broker that understands your requirement and guides you in the market in the right direction, considering the funds in hand you have for that. That’s the crucial litmus test that passes with flying colours every time, and traders grasp for more.

A good cryptocurrency broker must be verified by regulatory bodies and authorities like FSC, CySEC and others. They keep an eye on activities initiated by brokers, keeping your money safe. Also, ensure there are registration and license numbers with the broker for better vigilance. If they are in place, then half the job is done. You can enjoy trading.

Brokers like PrimeFin, TradedWell, Capixal, ETFinance, ROinvesting, 101investing and others are there, which ensure that you trade comfortably in the market.

Now, after the entire verification process and everything, create an account, deposit your money in wallets and start trading in real markets.

PS:- If you are unsure about the market capacity, try demo accounts and practice all your moves on them before combining your expertise in the real one.

What is the legality of cryptocurrencies?

Currently, the world is going through a transformation phase where countries are restructuring their policy in light of COVID-19 mayhem. So, many countries have started accepting it with open arms, especially the United States. People are also considering digital coins as the resort for earning a livelihood, given what happened during the pandemic. However, many countries are not in favour of channelising them in their countries following the concern of wrongdoings and illegal framework. And there are chances that these may be used in unlawful activities.

Thus, buyers must be aware of what’s going on in the market and should not get complacent while giving themselves into the theatrics of cryptocurrencies.

What is the best part of bitcoin?

Buying bitcoin is all about getting into earning money and increasing your wealth in quick succession. And that’s why people are flocking toward cryptocurrency and buying it incessantly. The market is crossing new heights each day, and traders are getting hopeful of plucking new benefits.

Bitcoin and cryptocurrencies are markets of hopes that can result in enormous valuation over time if bought and sold in good numbers. Traders should believe that the market is the newest compared to others and is still due to show its full potential. So, being invested in digital currency is the way to access the power of money. And if you wish to attain huge profits, stay invested and vigilant in the market.