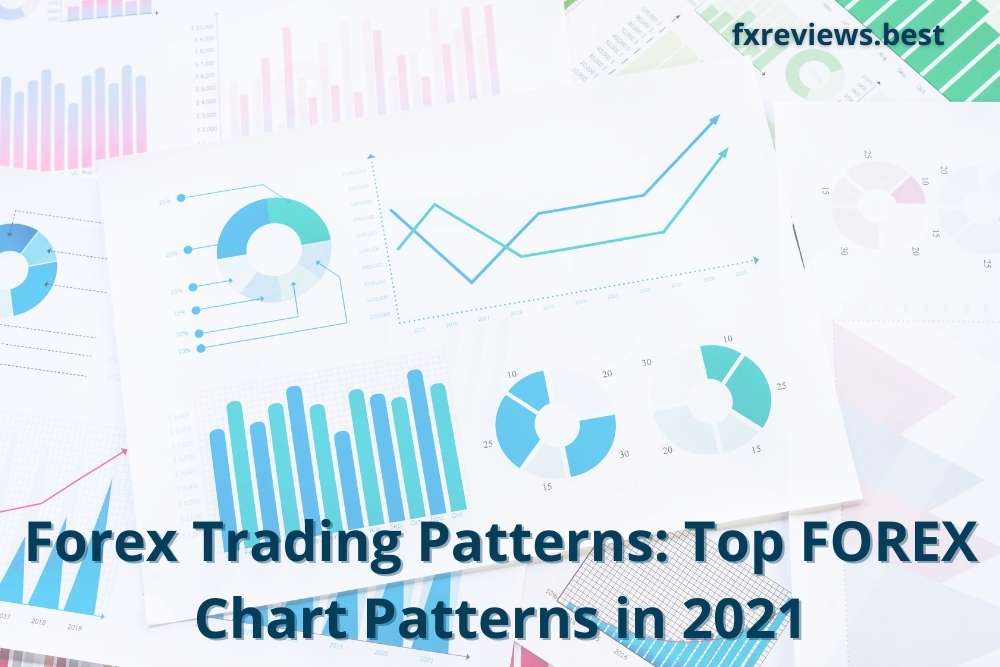 Always beginners are curious about what professionals use to Speculate the price of currency pairs and trend direction. Through this article, we will tell you about Candlesticks, Technical indicators, and forex trading patterns.

Learn how these chart patterns work and how to identify them in daily price charts. They are classified into three categories, in which two are the major: reversal and continuation. Whereas the third one is the combination of both the major chart patterns.

But before that, we need to understand the Forex chart pattern. And how can we identify them in a price chart? Here we provide you with a step by step process to identify them and how you can use them in your trading strategy.

What are Forex Trading Patterns?

Forex trading pattern is a term used for chart patterns. They are the combination of resistance and support level which is developed by the candlesticks in a certain manner. They help you to identify in which direction the market will move or it will turn around.

The technical analysis patterns are mainly classified into three categories: Reversal, Bilateral, and Continuation. The image is given below consists of different some of the most popular Forex chart patterns.

Here we also mention a highly used and efficient chart pattern: Head and shoulders. In the given below chart, you can clearly see that candles are arranged in a manner that a pattern will create head and shoulders.

According to the candlesticks placements, you can easily determine the support level. Further in this article, we will explain to you how to read Forex trading patterns in this article.

Check here how to determine the Forex trading patterns in the price chart, and each pattern indicates different things. So let’s begin with the first one, which is a reversal chart pattern.

You can easily estimate through its name that this pattern indicates a trend reversal. Reversal Chart Patterns help you to forecast the trend will move in the alternative direction after their construction. If the price drops, this chart pattern will indicate that the market will rise soon.

Whereas, if the market boosts, the chart pattern will tell you to close your long term position and advise you to be prepared that the market will drop anytime.

However, Chat Patterns appear in a different manner. Here we are going to discuss the major rule of reading the chart pattern. For determining the take profit level, you need to calculate the distance among resistance and support levels from their point to point from where the patterns start to form.

This shows the distance between the entry point and the profit level. Traders must note that the entry point is the location where the cost break, Whether in resistance or support level based on the market trend.

These Forex Trading Patterns take place while a recent trend will stop for a while. This is because it is also known as consolidation Chart Patterns. This chart trendlines provide a resistance and support level.

These trendlines will appear over the chart while sellers and buyers are unable to compete with each other, and the market costs are paused for a time. These types of patterns indicate that the market will move forward in a particular direction.

The chart reading patterns of all most forex trading charts are similar to each other. The only thing you need to do is measure the distance between the resistance and the support level, which is your entry and exit point. Determine the length of the line, which indicates the area between the “take profit” level and the entry point.

Now we discuss the third FX trading pattern, which is known as Bilateral Chart Pattern. This chart pattern does not speculate the market direction, Whereas it helps you to forecast the price directions.

Even now, you are able to estimate the market direction with it. Although You can not determine that while the forex trading patterns are forming, you can get that after the division of resistance and resistance level.

This is a bearish reversal pattern. The double top appears over the top candle. This pattern is also as efficient and popular as the head and shoulders. The easiest way to identify this pattern is to check whether two consecutive tops which are almost similar to each other.

And they consist of moderate troughs between them that will appear, known as a double top pattern. The sideline will move below the lowest point of the trough. This pattern appears while the price drops below the sideline (necklines) before forming the second high.

Which indicators that you can perform sell trade after the formation of breakout. For determining the “take profit” level and calculate the area between the neckline and the tops. And keep the distance below the sidelines.

You can determine the stop-loss level with the help of the risk and reward ratio. For calculating stop loss, you need to do the reverse, break the “take profit” distance in two sections and keep that number above the sideline.

These forex trading patterns are the reverse pattern of the previous chart (Double top). Whereas it will take place at the end of the declining trend. In this FX chart pattern, two consecutive buttons will appear. Both are almost similar in size, and a small high will also occur between them. The neckline should be marked at the peak point of the trough.

This pattern will appear when the price breaks beyond the neckline after the next button is created. You can easily measure “take profit” and “stop-loss” with the process of Double top bottom. The costs will test again at the neckline next to the breakout. Therefore, it is predicted that it will increase after the pattern is created.

These patterns rarely appear in the price charts, but we will discuss them because sometimes they form on the price chart. These Forex trading patterns should consist of a double top and double bottom pattern.

And They also work the same as them. But the difference between them is they start work after the formation of the third peak and lows.

These patterns are the most popular and the easiest ones, which are very popular among beginners. It is the opposite of the bearish chart pattern, which appears at the end of the uptrend.

Traders are always curious why it is known as head and shoulders. The reason behind it is it creates a pattern which consists of three tops in which the middle one is the tallest than the other two side ones.

The middle and the highest peak is known as the head, Whereas the two lower ones are known as the shoulders. This perfect head and shoulder pattern consists of two shoulders of similar width and height.

The third peak, which is lower than the middle peak, indicates a weakening of the current trend. This pattern consists of a neckline. The lowest point of the two troughs indicates a support level. The line should be constructed horizontally and shift up and down. The signal is stronger in case the neckline drops.

These Forex trading patterns work while the price divide below the support beyond the formation of the third peak. In this situation, you can perform short term trade at the breakout. You can place a “take profit” order at a point that is equally far as the distance between the head and the neckline.

It may also consist of three peaks in which two shoulders and one head are present. The middle head consists of the lowest bottom, Whereas shoulders are near to similar size.

This pattern started while the price created two lower lows that indicated a downtrend. Therefore, The 3rd lower is higher, which indicates bears lose their strength. And the various odds are present in the uptrend.

The surety of the reversal appears while the price breaks beyond the neckline. Stop-loss and take profit are determined as the simple head and shoulders pattern.

Wedges are forex trading patterns that forecast a trend continuation. Rising and falling are the two kinds of wedge patterns. In this pattern, the resistance and support both move in the same direction.

Therefore the channel will become narrow till the price breaks at any point. At the time of the rising (ascending) wedge, both resistance and support line will shift upwards. Therefore, it indicates a bearish pattern which means the price will drop.

Both resistance and support decrease during the falling (decreasing) wedge and behave opposite to the rising wedge.

Flags are more trusted compared to wedges or triangles because they are less frequent. Bull and bear are the two types of the flag pattern. However, the price should be divided in any direction. Flags mostly appear in a continuous pattern.

The flag pattern grouped all flags and started looking like a small channel beyond the strong movement. The flag moves in the opposite direction to the previous trend. After an upwards movement, it falls downwards.

Whereas after a downwards move, it consists of an upwards slope. Investors must enter the market beyond the breakout. In Flag Forex trading patterns, “take profit” will balance the length of a flagpole. On the other hand, Stop-loss should be kept below and above the starting of the flag.

It is a continuation chart pattern that appears after a strong move. The pennant indicates the stoppage in the strong market direction, and it does not matter either its downtrend or uptrend. Bearish and bullish are the two significant kinds of pennants.

Suppose the market will move in the same direction creating nearly a vertical trend; it will require a stoppage. That short term stoppages while the costs consolidate is known as a pennant.

You can enter the market if the breakout takes place in the trend direction. The “take profit” level balances the distance of the shifting forward of the pennant formation. Whereas the stop loss should be kept below and above the beginning of these forex trading patterns.

Most of the beginners get confused between the pennants and triangles. They can’t differentiate between them. But the major difference between them is the timeframes. This pattern appears while the market rises and falls strongly because this is a short term pattern.

Whereas the triangle is a median or a long term pattern. It appears automatically of the past trend.

There are other continuation Forex trading patterns such as triangle: ascending, descending, and symmetrical, rectangular. Traders who are looking for a risk-free broker for forex trading can open an account on the top broker’s websites like ROinvesting.

Learn how you can identify market trends with the help of these forex trading patterns. Check here brokers who provide all these Forex trading chart patterns at their platform. And study their working process.