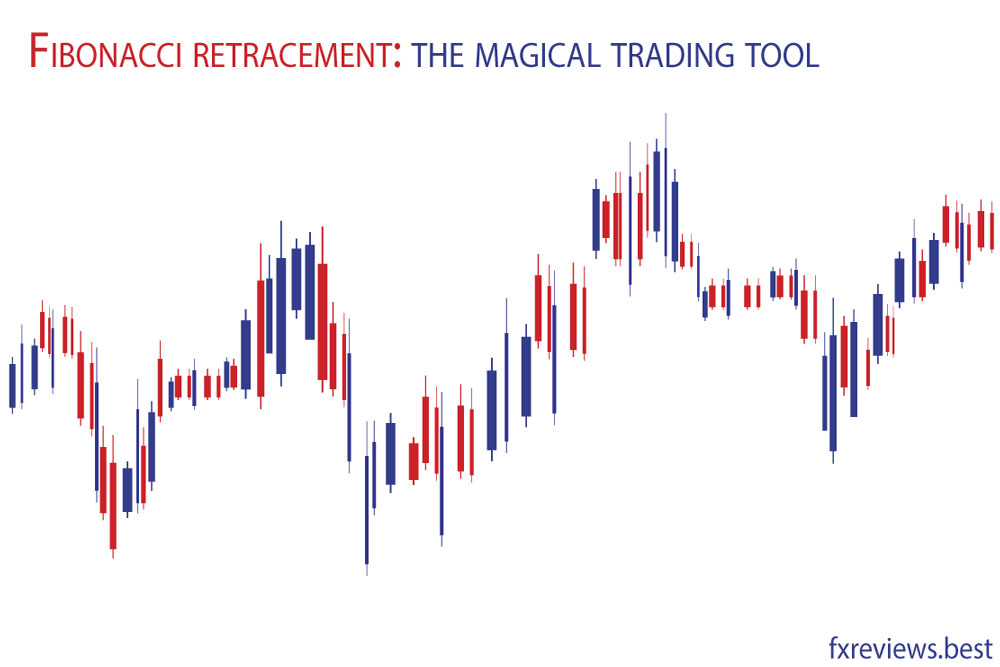 You must have heard about the Fibonacci retracement level and instruments used by many advanced and professional traders to place entry orders, set price levels, and determine the exact entry point and price action to open new positions.

They are the most popular and amazing tools which can help you determine resistance and support by using historical price movement data. However, there are many other uses of this trading tool.

Through this article, we will look into other aspects and factors related to this popular tool. So, let’s start now!

What is Fibonacci Retracement?

It is the most popular and efficient technical analysis method for estimating support and resistance levels in the financial market. They have derived their name from the mathematical Fibonacci sequence.

In addition, the tool help trader in anticipating that the financial market will again trace an anticipated part of a price move. Once it is achieved, they will continue to shift in the initial direction.

Traders can draw Fibonacci retracement levels by using two points on a graph and dividing the vertical distance between the two points by the important Fibonacci ratios. 100.0% is regarded as a total reversal of the fundamental portion of the movement.

On the other hand, 0.0% is regarded to be the beginning of the retracement. Once traders market these two levels, they need to make horizontal lines used to determine possible support levels and resistance levels.

What Are Fibonacci Retracement Levels?

The horizontal lines on the chart reflect where resistance and support level is likely to happen, are called as Fibonacci Retracement levels. These levels depend on the Fibonacci numbers which are usually linked with a percentage value.

In fact, the percentage value indicates how much a prior trend shifts the value of the asset. Some general Fibonacci retracement levels or percentages are 23.6%, 38.2%, 78.6% and 61.8%. Many traders use 50%, though it is not an official Fibonacci ratio.

The primary advantage of this indicator is that traders can draw it between any two vital price points, such as low and high. This tool will use these points and further make different levels between these market points.

For instance, if the stock prices surge by $10 and then decline by $3.82. This indicates that it is retraced at 38.2 percent which is a Fibonacci number.

How Does Fibonacci Retracements Levels Work?

Markets do not always move in a straight line and experience short dips — known as pullbacks or retracements. Traders utilize this powerful trading tool to determine the extent to which a market will deviate from its present trend.

How To Calculate Fibonacci Retracement Levels?

Fibonacci retracement levels and ratios are generally employed to determine resistance and support levels. When an asset is trending down or up, it generally pulls back or retraces before following the trend.

Technical analysts put six lines on a price chart to calculate Fibonacci levels. The first three are drawn at the highest point (100 percent), lowest point(0 percent), and average points (50 percent). The remaining three lines are drawn at a percentage of 23.6, 38.2, and 61.8.

According to the golden ratio, these lines indicate the meeting points of support and resistance levels. These levels give signals for investors to start a new trace in the direction of the initial trend.

You can purchase or go long on a retracement below a primary support level in the condition of an uptrend. Similarly, you can sell or go short when an asset price retraces up to its primary resistance level. This indicator works excellent when the asset is trending down or up.

On the other hand, most charting software automatically calculates and shows you the retracement levels.

What Is Fibonacci Retracement Golden Ratio?

The Fibonacci golden ratio is the first and foremost point of this advanced trading tool. If we divide Fibonacci numbers in the sequence by their previous numbers, it provides us with 1.618.

These Fibonacci ratios play a vital role and form the basic building blocks of things around us. We can get numerous examples that stick to the Fibonacci ratio or its inverse, which is 0.618.

The mathematical basics of the Fibonacci golden ratio remain the same for both natural phenomena and financial markets. When investors employ the golden ratio while performing technical analysis, the ratio is generally expressed in three percent: 38.2%, which is usually rounded to 30 percent, 61.8 rounded to 62 percent, and 50 percent.

How To Draw Fibonacci Retracements Levels?

Traders can apply Fibonacci retracement levels to trade commodities, equities, forex pairs, and indices, among other financial instruments. When trading contracts for difference, it may also be quite advantageous.

In an Upward Trend:

In A Downward Trend:

Despite being popular trading tools, these indicators faced similar problems as other globally accepted trading indicators such as Moving averages and Elliott Wave theory.

However, many investors make hefty profits and succeed through Fibonacci ratios and Fibonacci retracement levels to place trades and make transactions in long-term price trends.

To enhance the performance and accuracy of this powerful trading tool, you can combine it with other trading indicators and trading strategy. To do so, you can get good investment advice from experts.

If you’re thinking of using this powerful and most advanced tool, there’s no better place to start with ABInvesting. The broker offers a range of trading tools including the Fibonacci retracement tool and technical analysis. On the other hand, you can also practice using this indicator in a free demo account available on the platform.

Which Numbers Are There In The Fibonacci Retracement Series?

You can see that each number is the sum of the previous two numbers in the series. This series does not end here. The sequence extends to infinity and contains many unique mathematical properties.

What Is The Fibonacci Golden Ratio?

If we divide numbers in the sequence by their previous number, it provides us with 1.618. This is termed the golden ratio of the Fibonacci sequence. These ratios play a vital role and form the basic building blocks of things around us.

If you are looking for a trading platform offering top tools, including Fibonacci, then we suggest you go with ABInvesting. It is known for its ultra-modern trading platforms, namely MetaTrader 4 and Web Trader.

These platforms have many advanced features such as more than 30 analytical tools, a customized environment, multiple time frames, research tools, notifications, etc.