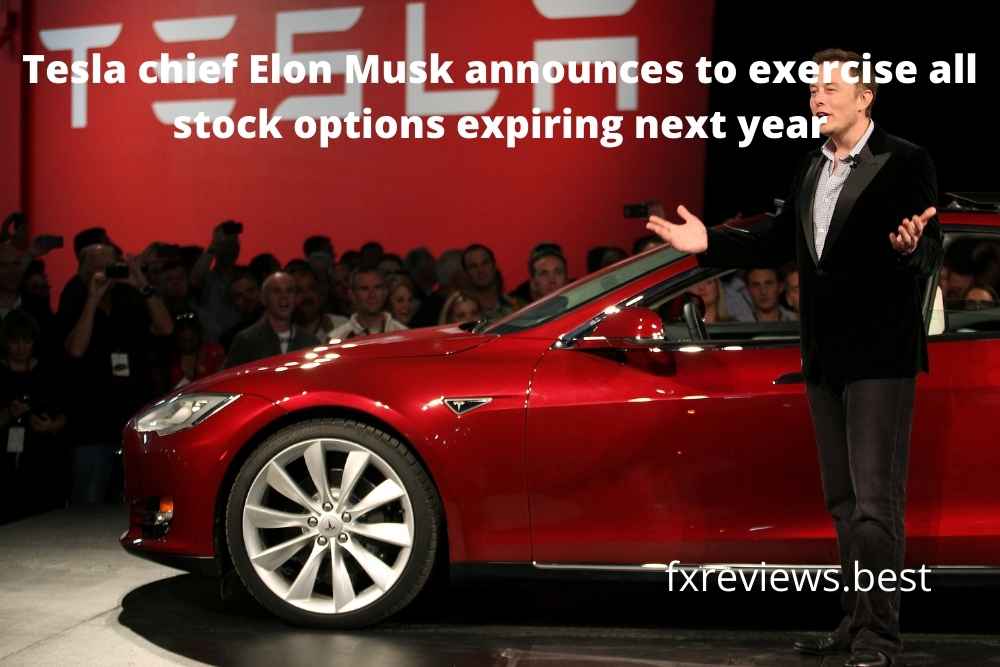 Elon Musk, the CEO of Tesla Inc, has exercised all of his options that expire next year, putting an end to his stock sales that caused the world’s most valuable carmaker’s stock price to plummet.

Musk claimed last week that after the 10 billion preprogrammed sales are completed, he will reach his target of selling around 10% of his ownership in Tesla (TSLA). He was most likely referring to his options-related stock sales.

Under a rule 10b5-1 trading strategy drawn up in September, he has exercised options expiring next year and sold a part of Tesla stock to pay taxes since early November. However, they must indicate in advance when and how they plan to trade to avoid later accusations of insider trading.

He has executed all of the options on 22.8 million shares, which are set to expire in August, with the option exercise on 1.6 million shares on Tuesday. According to the documents, he also sold 934,090 shares for $1.02 billion to pay taxes.

Elon Musk sold more Tesla stock on Tuesday, worth $1.02 billion, bringing him closer to his goal of selling a 10% stake in the electric vehicle manufacturer. After exercising his options this quarter, Elon Musk’s stake in Tesla has increased from around 170.5 million shares to over 177 million shares.

So far, Musk has sold 15.7 million Tesla shares, coming close to the 10% stake the entrepreneur has promised to sell. Since early November, when he stated he’d sell 10% of his Tesla stock if Twitter people agreed, he’s sold $16.4 billion worth of stock.

The options exercise accounted for 10.3 million of the 15.7 million shares. Musk sold an additional 5.4 million shares, profiting from Tesla’s stellar performance. The Twitter survey was conducted two days after Tesla stock reached a new high following a spike prompted by a Hertz order for Tesla cars.

Tesla shares have lost almost a quarter of their value since Musk asked his Twitter followers if he should sell 10% of his ownership in November. They’ve recovered to $1,088.5 but remain below November’s record closing high of almost $1,230.