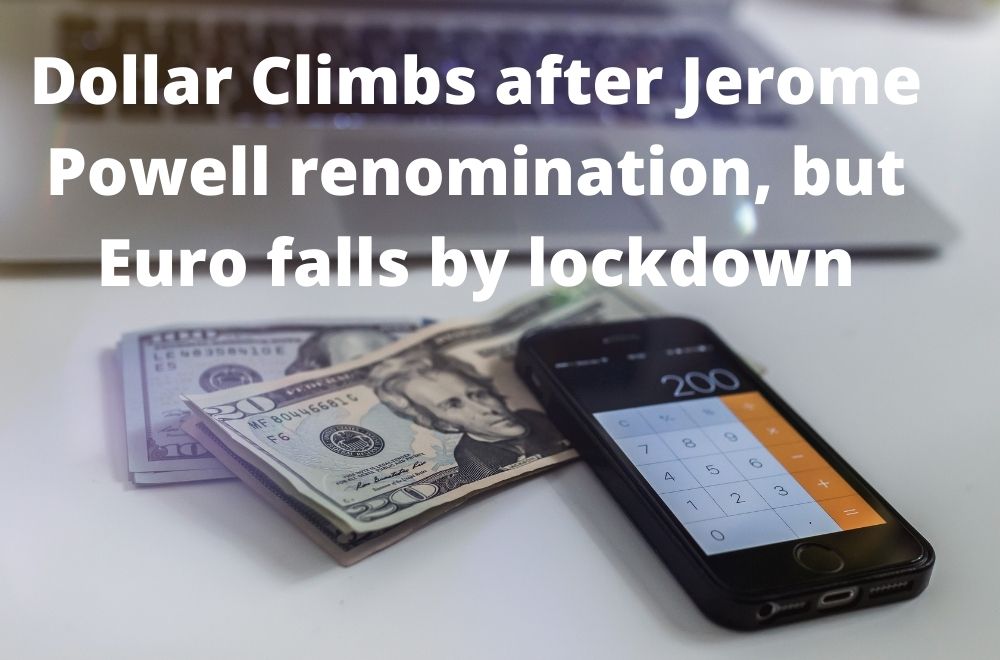 On Monday, the dollar rose to a 16-month high versus the euro after President Joe Biden nominated Federal Reserve Chair Jerome Powell for a second four-year term. At the same time, the single currency was harmed by COVID-19-related lockdowns.

The White House said that Lael Brainard, a member of the Federal Reserve Board who was the other top candidate for the role, will serve as vice-chair. With Powell renominated for a second term, the Fed’s monetary policy stance appears to be less dovish than it might be under Brainard’s leadership.

The greenback is trading at 114.8 yen, close to last week’s high of 114.97, its best since March 2017, after gaining 0.77 percent on Monday. The Japanese yen is sensitive to movements in US Treasury bills, and two-year US Treasury rates increased 8.5 basis points to their highest level since early March 2020 on Monday. They yielded 0.5924 percent last time.

The announcement bolstered market expectations for rate hikes next year when the Fed completes its emergency bond-buying programme. Market perceptions of the varying paces at which global central banks eliminate pandemic-era support and hike rates have largely driven currency markets.

Concerns about further COVID-19 limitations in Europe dragged the single currency lower as well, with Austria undergoing yet another full lockdown and Germany possibly following suit. Meanwhile, in Europe, virus-suppression measures are once again being deployed, creating a dramatic contrast.

Risk-sensitive currencies, such as the Canadian dollar, may trade on the defensive as more viral lockdowns are announced in the coming days and weeks while falling oil prices add to the drag.

The euro has been harmed by the European Central Bank’s dovish tone and, more recently, a revival of COVID-19 cases throughout Europe, which forced Austria to return to full lockdown on Monday and prompted Germany to explore harsher restrictions.