Diverse Mediums of Exchange For Money 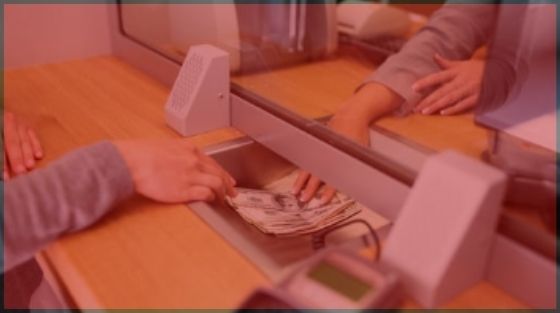 Diverse Mediums of Exchange For Money: One of the fundamental functions which money performs in the mainstream economy is the medium of exchange. It is a token used all across the world for exchanging goods and services. There were many disadvantages in the barter system used in good old times. Money has eliminated these drawbacks and came into limelight as an investment instrument.

There are various forms of money which can act as an exchange medium; this includes cryptocurrency, commodity money, fiat money and representative money.

The barter system is a method through which one can exchange goods with an equivalent value. There are several disadvantages in this system, such as the coincidence of wants and may more explain below:

It was a major problem with barter; finding someone who needs goods which you want to sell and has products in return which you want. The new token has won this issue. One can purchase and sell goods and avail any service all across the globe by exchanging token against the required service.

The relative value of commodities changes over time. This value is based on the demand of that particular commodity at present and of course, its physical condition. Barter system also requires the exchange rate of each pair which is practically not possible to determine. Thus, choosing a universal medium and setting values against it was the best possible solution for the problem which money token solved.

Transactions in barter occur on the spot or in short duration of time, whereas; in the money exchange system, one can hold a transaction for unlimited time till he gets the desired thing.

The value of either side’s goods should have the same worth in barter, and here arises another problem that is a subdivision. To approximate the value of any service, we use the medium of exchange (currency token) because we can subdivide it in the lowest possible rate.

The essential condition for the exchange market is the determination of price. It helps in overall economic growth, the welfare of society, allocation of resources and justice. The vital role of medium of exchange in the market is that it should be accepted universally and has one stable real value (purchasing power should be firm). Therefore, it should have typical features:

Currency, or we can say money token has passed through many phases:

2) In a thousand 250 AD, gold plated Florence was introduced. It gained wide popularity in the whole of Europe.

It is how the modern currency, as we know it came into existence. It includes paper currency and coins, credit cards and digital wallets, for example, we have Apple pay, Amazon pay, Paytm, Pay Pal and so on.

There is a centralized regulatory authority (government and banking institutions) to control it. They delimit how these currency and credit cards will work.

It introduces as the medium of exchange that does not have any inherent value like precious metals gold and silver. Its value is high just because the government maintains its price and the parties agree on its value while exchanging. It works as an alternate of representative money and commodity money; both these money have their intrinsic value.

Fiat Money started its dominance over the market since the 20th century. In 1971 Richard Nixon began to the system of national fiat currency; this system was used globally.

Fiat Money can be:

In ancient times (in the region of Egypt, Babylon, and China), the temples and castles usually had a commodity warehouse. They use to issue the certificate of deposits. It contains the information regarding the claims and ownership of an individual on a particular portion of goods stored in the house.

This certificate of deposit is the best example of Representative money and its use in the past.

Commodity money is something which derives its value from the material used in making it.

It stands entirely in contrast to the fiat money, whose value is just because the government officials have established it as money and Representative money, which has no intrinsic value of its own.

Cryptocurrency: A Digital Medium For Exchange

The new era has started with the introduction of cryptocurrency a medium of exchange based on the internet. The near future belongs to the crypto market. It is digital, or we can say virtual currency that is trending nowadays. Word ‘Crypto’ in cryptocurrency symbolizes the method used while encrypting and decrypting the data during the transaction.

There are undoubtedly many advantages in transaction done through cryptocurrency platforms:

How Does It Work?

It works on blockchain technology and uses cryptography (an encryption language) for secure transactions. For this, we need three things; first, an algorithm like SHA-256 ( used in bitcoin) Second, a public key storing the general information of the user which is visible Third, a private key storing the personal data of the user. Data is passed on with the help of blocks which remains secure by cryptography.

So, one can trade-in the crypto market safely. There are more than 2,000 currencies in this market at present.

Technology is changing by each passing day, many exchange systems and platforms have come and will arrive in future too. Adapt and keep yourself updated on such changes. Read more and discover things.