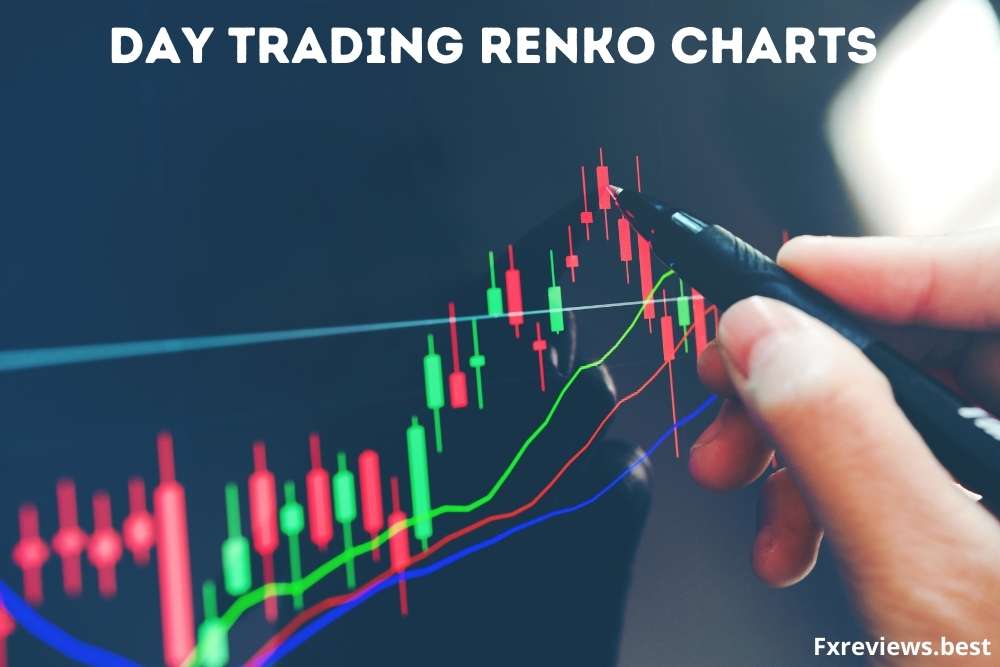 For reaping success in the financial markets, there’s no single formula that can guarantee success. Moreover, no one can perfectly speculate what’s going to happen next in the market. Thus, to get the best of the market’s nature, several tools, charts, and techniques are used by investors and traders globally. Renko charts are part of the same cabal of thoughts.

Renko charts are one of the essential charts that are used by traders for filtering out minor price movements. Moreover, it provides a view of asset’s prices and their fluctuations to traders. By casting away those minor volatilities, spotting the price trends can become easy with Renko Charts. Thus, the feature is essential for some traders, and they prefer it for finding future prices.

The word Renko has been derived from the Japanese word Renga, which means brick. It was popular in Japan before the author Steve Nison made it famous through his book Beyond Candlesticks in the west. The chart is independent of time and based on price movements. Understand candlestick charts in detail.

It is essential to know that Renko Charts do not consider time as a factor. That’s why it is the most preferred tool for swing or position traders.

Interestingly, these charts are similar to Kagi charts and three line break charts. However, their size remains fixed. Their creation happens in the primary trend’s direction.

The chart comprises bricks or small boxes with no lower or upper shadows. Thus, these boxes have a particular or steady appearance.

The less movement of the chart would mean the greater size of the box. However, it is easy to notice more extraordinary stops on positions. If a trader uses the smaller size of boxes, that would be too sensitive and vulnerable to price changes in the market. Thus, one should avoid that path.

Setting the size of Renko charts

Setting the size of the brick is an essential part while creating a Renko chart. Once the price moves to the set amount, it forms a brick. As a result, Renko charts have the capacity to deliver spot trends to intraday traders along with reversals, breakouts, resistance and support.

Notably, finding a box that has the perfect size is impossible for a trader to select. It is set as the one per cent of the security’s price of daily Renko charts.

Moreover, the number will be greater if the size of the boxes is smaller. Thus, if there’s a certain amount of movement on the Renko Chart, a trader can see the appearance of a new box. Furthermore, if the fixed box size exceeds, the colour of the box will change simultaneously.

Interestingly, Renko Charts are easy to read compared to other charts due to the uniform markers on them. If we talk about candlestick charts, the feature is absent, and several traders find it difficult to utilise them. However, there may be some simplifications in them, but they come at a cost for traders. Information of some price gets lost.

Here, traders set a fixed value for every box. Then, they can fix it based on their needs. First, however, it needs to capture the price’s movement of security for its effectiveness.

It helps in gauging the volatility of a financial asset. Fourteen days is the default period that is set for ATR. It has the ability to determine the brick’s size post the calculation of the brick size during a regular candlestick chart.

Interestingly, the shift or the movement in Renko charts are easy to understand.

For example, if the brick’s value is set at 10 points, that means a movement of 10 or above points would be able to lead to another brick’s making. In the Renko Chart, any price fluctuations below 10 points would be rejected. Moreover, it won’t show any changes either.

A trader is not penurious to have much technical knowledge while trading using Renko charts. Moreover, a user does not need any market in place. That’s one of the biggest positives attached to it, which results in traders using it globally.

While creating Renko Charts, traders should remember that bricks should always have their edges touching. Additionally, not more than one brick should be present in any vertical column.

These bricks should display at an angle of 45 degrees from the other. Moreover, they should be dependent on security’s closing price for that time.

Therefore, if the rate of an asset hikes USD 1, an up box gets formed, likewise, for constructing a down box, the asset’s price must reduce by USD 2.

Interestingly, a trader can use Renko Charts by combining them with other technical analyses and tools. They can be utilised for deciding or defining resistance and support levels, recognising breakouts, determining exit and entry points and other matters.

In comparison to other conventional trading charts, the utilisation possibilities are more extensive and bigger in Renko charts. Moreover, the noise is zero to less in these charts, making them more effective for traders.

Renko charts are mostly utilised in acknowledging the prevalent trend. Thus, it benefits traders in more than one way. However, traders need to use a candlestick chart and technical indicators to reach the exact exit and entry points.

Also, a trader does not receive peculiar detailing with others, but Renko chart offers that to its clients in comparison to others. It offers significant detailing of movements in the market.

It is due to the independence of Renko charts on the price movement’s time. It uses a single brick and does not emphasise the necessity of price movements. It marks security that continuously exhibits sideway trends.

It generates trading signals when changes in the trend’s direction are observed. Moreover, the bricks will also change their colour. For example, a trader may sell an asset when a red box is formed during the sequence’s accomplishment of a trend from the existing green.

Such charts aim to track the price trends of a general stock or an asset generally prevailing in the financial market. However, there’s a peril that it may generate false signals that a brick’s colour changes prematurely. That results in the whipsaw effect. That’s the reason these traders use these charts in combination with other technical analysis methods.

It terminates the unwanted noises. Thus, a Renko chart is great in recognising Fibonacci Retracement levels for traders. It is a standard theory for trading being used for the longest time now.

Fibonacci retracements are also considered as special ratios that help in recognising the potential price reversal levels. The rates that are used most widely here are 61.8 per cent and 38.2 per cent. After a decline, these are utilised for measuring the countertrend in the financial market.

However, when a trader uses it with other indicators, it becomes additionally resourceful. Moreover, it works great with Renko Charts and helps traders recognise the true potential of an asset in a true sense. Thus, results are efficient and mostly in favour of an investor.

Importance of wick in Renko Charts

A wick is an essential element in Renko Charts. When the price tries to move in the reverse direction but is unable to do that, a wick in the chart takes place or occurs simultaneously. A tailor a wick in a Renko Chart always provides extra knowledge or information to traders. It is related to how low or high the price moved the formation of Renko bricks.

The difference between Renko Charts and Candlestick Charts depend on the smoothness of Renko Charts. Also, it would be true while comparing it with open, high, low, close (OHLC) bar charts. If the price of Renko bricks is set at USD 1 by a trader, then every Renko brick would cost USD 1. It would offer a uniform appearance to the chart.

Advantages and disadvantages of Renko charts

Renko charts come with several advantages and a few disadvantages for traders:-

The Renko Charts come with certain issues that need to be addressed for the welfare of a trader.

For trading using Renko Charts, a trader needs to follow a few things:

A broker’s role is quite significant in the financial market. So, when you use online brokerage portals like 101investing, ROinvesting, the usage of Renko Charts becomes easy for traders. If these charts are used in a specific manner utilising the guidelines okayed by the brokers mentioned, traders can reap heavy rewards in trading. Renko charts are known to offer excellent competency through technical analysis. Thus, traders should learn to use them for getting better results.

How profitable are Renko Charts?

Renko Charts are one of the oldest and most popular Japanese trading charts that help redefine trading and acknowledge benefits for traders. They can be used for all types of instruments in the trading market during any time frame.

How effective are Renko Charts?

Renko Charts are pretty effective for every trader as they effectively identify the resistance and support levels of trading for traders. It eliminates the unnecessary noise from the chart and makes it easy for traders to use.

Professional traders are using Renko charts in their stride to make abundant wealth.

How to choose a Renko box size?

For selecting a Renko box size, one needs to be attentive about spreads. If your broker charges you a high spread, then trade cautiously in the volatile market.

Who are the inventors of Renko Charts?

Japanese traders invented the Renko Charts more than a century ago. It got named after Renga, which means brick in their language.