Cup and Handle Chart Pattern: A Step By Step Guide 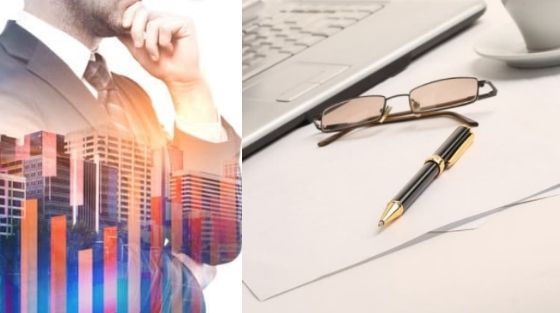 Trading in financial markets uses tools, indicators, analysis, research, and many other ways to understand the prospects of the market. In these, some are used individually and some in combinations for the results expected. But, in all these trading styles, chart patterns have been quite a phenomenon. The price is an essential part of the trade, and to study it is necessary.

The chart patterns are formed when the price of the securities moves in a fashion. This gives the shape to the price of the security, which could be in any form triangle, rectangle, square, round or cup and handle pattern, etc. Traders can locate these patterns on the charts easily and understand the entry and exit points of the market with pre-defined risks and rewards.

Chart patterns have huge popularity among the traders as they provide the essence of the market. These patterns visualise the movements of the price and how these could be handled for a favourable trade. But, when we define the chart patterns, they include three types that differentiate them.

Each type of chart pattern has its features and stands different from each other in its chart patterns or characteristics in the market. Here, we have the chart patterns and their kinds that make them unique in the trading market.

The harmonic chart pattern is the pattern that uses the recognition of the structures that have distinct and consecutive Fibonacci ratio alignments that validate the harmonic patterns. The patterns are used by traders to calculate the Fibonacci aspects of the price structures. This identifies the high probable reversal points in the markets.

Harmonic chart patterns have the following patterns included in it:

Candlestick chart patterns are quite famous in the financial markets. These have been used for technical analysis of the market that is formed on the charts in the shape of a candle with a stick and give various formations that indicate the price moves.

The pattern is an old Japanese trading style that was introduced by Steve Nison and is widely used among the traders of the market.

Cup and handle chart pattern is a traditional form of trading indicator that has existed in the market since the beginning of the financial markets. Traders have used the pattern to analyse the price trend of the market and have a better market understanding for successful investing.

The pattern of cup and handle was developed by William O Neil through his book, “ How to make money in stocks .”A significant chart pattern that has marked its importance for making money in the financial markets could be stock, forex, cryptocurrency, or any other trading market.

When we analyse the formation of the cup and handle on the charts, it is generally a U-shaped cup with a handle by its side. The handle is formed by the retracement of the earlier top to one-third of the height of the cup. The cup and handle chart pattern indicates the time period of consolidation that is followed by a breakout in the market.

Whereas the reversal pattern takes place after a prolonged downtrend. It reverses the prior market trend and forms in any time frame; it could be a few minutes to week or month charts. Although, the higher time frames have better chances of success post-breakout in the market.

The Cup and Handle pattern has several terms and factors that should be considered before trading with it. The chart pattern is easily identified on the graphs but could lead to false indications if not studied properly; to secure the readers/traders from such misunderstandings, we have these listed and discussed:

Cup is a U shape that is formed on the charts, and it could have a rounding bottom with equal highs on both its sides. It is similar to a cup shape, although it could be a bit different, more deep, or shallow. Even the V-shaped cup also is considered for the cup and handle pattern. However, it would be a conviction when it has a U shape by the consolidation at the bottom of the formation.

Breakout after the handle resistance is accompanied by rising volume that confirms the same. Whereas, when the volume is low, it should be considered that something is wrong with the pattern of the handle.

The depth of a cup should always retrace at ⅓ rd or less than the previous advance. However, in a volatile market and over-reactions, the retracement could range between ⅓ to ½. The extreme retracement expected in the cup and handle pattern is ⅔, which is confirmed in the Dow Theory.

Cup in the cup and handle chart pattern is formed over a period of one to six months or could take longer in the weekly and monthly charts. In contrast, the handle is formed in the span of one to four weeks. However, it could have a high time period depending on the time period of the cup.

The target after the breakout is the vertical distance from the high to the bottom of the cup.

The stop-loss is an order that is placed to minimise the market risks by putting a stop at a loss. Traders place this at the lowest point of the handle by trailing it to the recent swing low when the security makes a higher high in the consolidation area of the handle. This depends on the risk tolerance level of the trader and should be used with knowledge of the market and the cup and handle chart patterns.

What does the Cup and Handle Chart Pattern Tell?

The cup and handle chart pattern uses various aspects of the market to define the technical perspective of the trade; it has timeframes of every component with a detailed description of the lows giving the pattern its unique cup shape. When a trading instrument of any market forms the pattern on the chart, the market highs and lows are analysed.

For example, in the stock market trading, the trader tests the old highs as it creates the selling pressure from the market investor who earlier bought it at those levels. The selling pressure makes the price consolidate with the tendency toward a downtrend for a period of time. The time frame could be four days to four weeks before proceeding higher.

The cup and handle chart pattern is usually a bullish continuation pattern. It identifies the buying opportunities of the market. When a trader uses it, they can detect the following:

Cup and handle chart patterns are highly useful for traders to analyse the price of securities and have profitable investments. With the article, readers will understand the cup and handle pattern, its factors, and why it is important for market traders. It is useful for getting the market price change and what steps could be taken for getting good market returns.

However, the pattern has the limitations that it takes time to form. Thus traders need to have patience, and this could even lead to wrong trading decisions. Nevertheless, they can take the assistance of online brokers such as ABInvesting, have the best trading services, charts and patterns, technical tools, fundamental tools, trading platforms, and other functions that could lead to easy trading.