Cryptocurrency Predictions 2022: Where the Price will go? 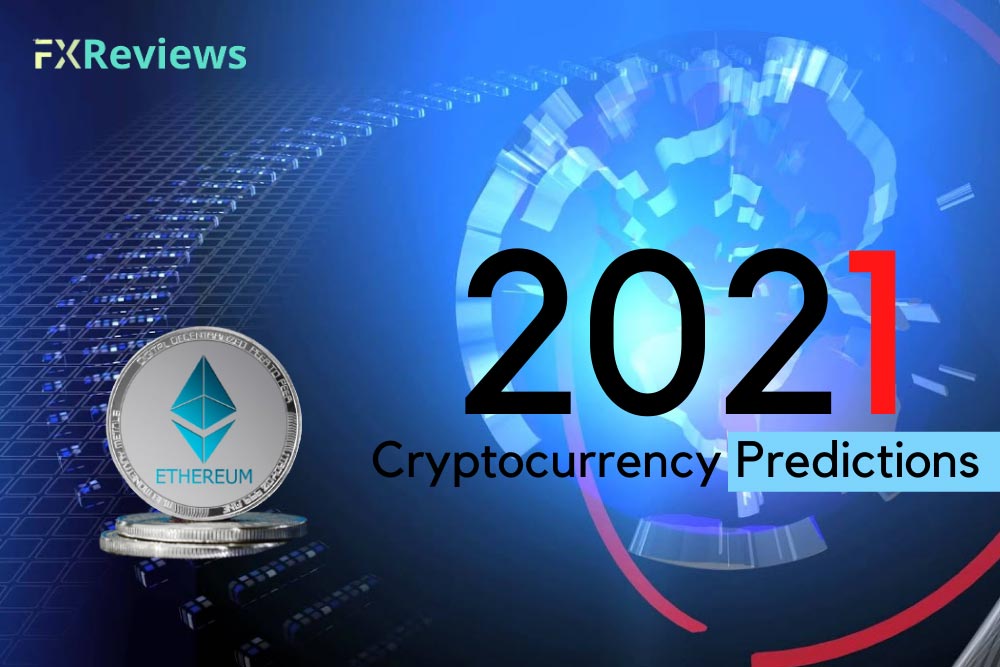 The article is for people planning to have cryptocurrency in their investment bucket this year. There are about 4000+ digital currencies now in the market with only the top 100 of them working effectively.

Undoubtedly, Bitcoin is leading the charts, but the other positions keep changing. Moreover, cryptocurrencies have an unsaid advantage over other market types in the form of volatility and future scope. Some other features include decentralized nature, fast and inexpensive transactions, and limited supply.

Here, in this article, we would analyze the cryptocurrency predictions for 2022. The write-up would include the present market outlook of top-three cryptos, i.e. Bitcoin, Ethereum, and Ripple, and forecasts for some top cryptos.

Bitcoin: A few months back, bitcoin prices plunged half after an instant drop, taking the digital coin to $8,500 per coin. However, since then the currency started to recover back and is currently trading at $14,000, making it the second all-time high point only behind 2018’s $20,000 mark.

Furthermore, the bitcoin price was also greatly affected by the COVID-19-led pandemic, which crashed the leading cryptocurrency to hit below $5000. Before that, the digital coin broke the $10,000 mark in February. However, the prices reversed after the crash, and the chart followed a bullish pattern, making it trade currently at $14,000, i.e. around 200% return in less than six months.

Bitcoin is currently the world’s leading crypto and has no plans to leave its position for at least 3-4 years. Its total market valuation is worth more than $250 billion out of the total $395 billion cryptocurrency market.

The reports suggest that around 85% of the investments are by big institutions, banks, and organizations, primarily investment firms. Experts also forecast that the coin will touch new heights before the end of 2020 as more people are looking for safe havens.

One Ethereum is currently valued at $390 with a total market capitalization of over $48 billion and a total of 113 million currencies in circulation. Ethereum also the second most valued cryptocurrency and similar to Bitcoin, was greatly affected by the coronavirus-led pandemic. The coin crashed to $110 but is on a bull pattern since then, thus recovering slowly from the crisis. Further, Ethereum also takes it one step ahead by offering its platform to developers for building apps and software.

Notably, Ethereum is an outcome of crowdfunding and is loved by many tech giants like HSBC, Microsoft, and Barclays. Unlike BTC, which has a fixed supply of 21 million coins, Ether’s supply is limited from year to year, and around 18 million coins can be mined every year, which is enormous.

Further, Ethereum’s upgraded version is also scheduled to be launched soon named, Ethereum 2.0. However, it would still take two to three years for completing three phases. Notably, Ethereum is not only crypto but a platform that helps developers launch their cryptos. It was Ethereum that initiated the concept of ICO (initial coin offering).

Overall, many experts and crypto predictors see high potential in Ether and expect it to rise over $1500 in the short term and above $9000 in the long term.

Ripple currency was trading at its high point of $0.32 during the middle of February and March. However, the crisis hit the coin hard, and its value dropped below $0.14, but since then the prices have managed to reverse and are now at $0.23. Further, the 24-hour volume for the currency is more than $2.5 billion with total circulating coins above 45 billion. Moreover, XRP, in January 2018, hit its all-time high of $3.84 but fell after the Bitcoin bubble burst.

1. Bitcoin: Even though the bitcoin prices dropped to near $4000, it still recovered and is continuing its bull pattern. The previous long-term targets of $50,000 – $100,000 per coin don’t look impossible, that is predicted after using mathematical calculations like standard deviation and log charts.

Analysts report that institutions would help Bitcoin rise to new heights. Short-term predictions for the leading currency are $15,500 – $16,500, achievable within two to three months.

2. Ethereum: Ethereum, according to most experts, has massive potential, and analysts have predicted several high points including:

a. Alex Ohanian: Ohanian, the co-founder of Reddit, is optimistic about the second leading crypto, Ether. He believes that people are still about to realize the currency and build over it. He expected the currency to be above $1500 easily and said in an interview that ETH is still new to the world.

b.Nigel Green: Nigel is the CEO of the pioneer international financial consultancy agency, deVere Group. Nigel anticipates the ETH coin to rise above $2500 easily in the short term and can go beyond it too. He further supported his argument by providing facts and evidence like increased use of ETH among platforms & institutions, cloud computing decentralization, and smart contract use.

c. Steven Nerayoff: Architect of the ICO, Steven Nerayoff, predictsETH to go over $3000 in the short term. Steven earlier also aided the ETH to reach new heights in 2007 and is the founder & CEO of Alchemist. He argues that the Ethereum market brings multi-billions into the market through several projects.

d. Ripple: Ripple is believed to surpass or become the next Bitcoin. The reasons behind it are XRP (or Ripple) works better in saving time and mitigating payment flaws, thus aiding institutions greatly. Another big reason that Ripple will remain the top crypto is – It is SEC-regulated and has strong support from large institutions.

So, this was the prediction for top cryptocurrencies involving Ripple, Bitcoin, and Ethereum. However, there are over 4000 cryptocurrencies in the market, and there are other top ones like Litecoin, BAT, NEM, NEO, Tether, TRON, Binance, and many more. Let’s briefly understand the USPs of.

1. Litecoin: Litecoin offers a high 84 million supply (Bitcoin’s total supply is 21 million) and has massive market valuation & high liquidity, which further makes it a safe bet. The firm also has 25 LTC block rewards, which is high as compared to other cryptos.

2. BAT: It is a utility token and is used by Brave Browser. Further, BAT is usually used to tip creators or anyone, which helps you in any way. While most cryptos were affected majorly by the crisis, thus collapsing, BAT doesn’t seem to get much bothered. Notably, BAT is the outcome of Brendan Eich, which was a prominent person behind developing Java Script and is also the founder of Mozilla Firefox.

3. NEM: One of the fastest cryptocurrencies with speedy transactions; it takes around twenty seconds to process and six seconds to initiate a transaction utterly. Some of the other benefits

4. NEO: NEO is a China-based platform having a smart contract platform, same as Ethereum, allowing developers and coders to start apps on the blockchain. The coin is in the top 20 list and is highly liquid

5. TRON: The coin acquired BitTorrent a few years ago and has over 3 lakh users. TRON is currently not performing well but can jump high in the coming times.

6. BNB: Binance coin or BNB has achieved significant positive feedback from experts and is within the top 10 list. The crypto is showing consistent growth, and prices have become already three times, despite high volatility.

7. EOS: EOS is one of the most scalable, stable, and fast cryptocurrencies. The EOS has a long-term future and is predicted to stay long.

So, this was cryptocurrency prediction 2022. Note that these are only crypto forecasts and anticipations and thus, the reality can greatly (and will) vary, in both good and bad manner. Notably, the prediction is ok, but trading with a reliable broker is crucial too. Therefore, here is the list of top cryptocurrency brokers to aid traders to invest.

It is the leading brokerage firm for trading cryptocurrencies in India. You can open your trading account with the broker without paying any minimum deposit. Investby also offers the best trading platform like MetaTrader 4 (MT4). Plus, you can also have various choices of trading account types according to your risk appetite and trading experience.

ABinvesting is an award-winning brokerage firm because of its best trading tools and the favorable conditions it provides for enthusiast crypto traders. You can open your trading account with this financial service provider in India in just 2-3 days. The process is very easy and you do not even have to pay a high minimum deposit any commission for trading.

eToro is the leading brokerage company in the niche of copy trading. It is one of the most well-known brokers in the world. In India, it is providing the best trading conditions for investing in cryptocurrencies. With eToro, you can copy the portfolio of many successful investors to learn and generate higher profits through crypto trading.

So, these were the top brokers for trading cryptocurrencies and other assets. All the trading sites mentioned above are safe and regulated with many other features. If you are planning to spend your money on these digital coins, then according to experts, the coming time is going to be the best for them. Note that although these coins are expected to rise, there’s no alternative to safe brokerage firms.

Apart from it, have some basic knowledge of cryptocurrency predictions before investing. Some good ways are reading, books, and articles, watching videos, and seminars, and attending seminars.