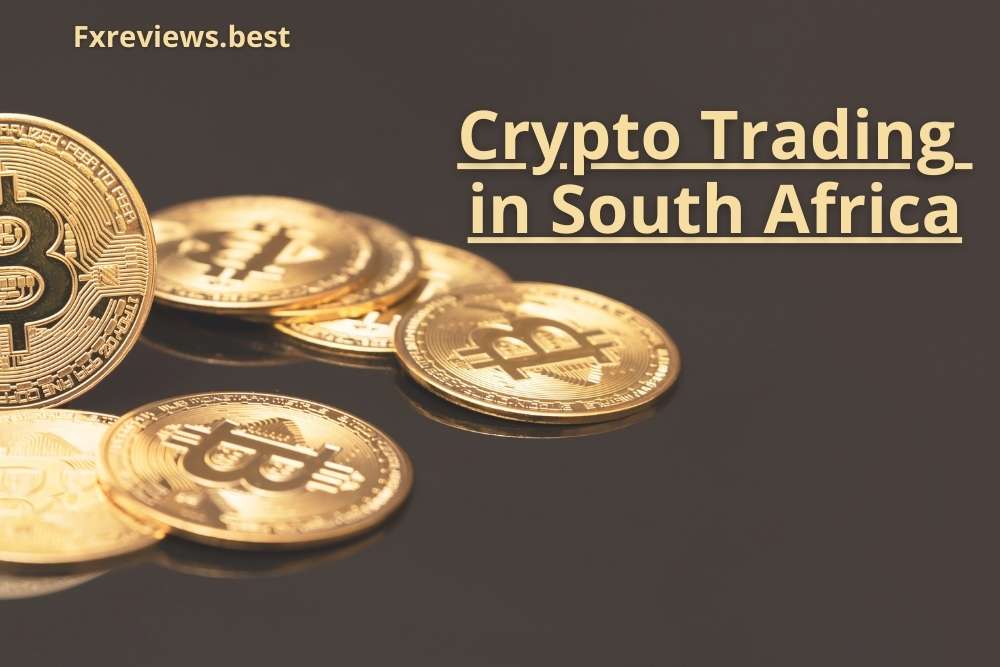 Individuals who want to buy and sell bitcoins privately or through a platform practise the art of bitcoin trading. South Africans are embracing cryptocurrencies, mainly bitcoin trading, despite their financial regulator’s announcement that it intends to regulate the cryptocurrency sector due to recent Ponzi schemes and bitcoin scams in the country.

Bitcoin is steadily being recognised as a form of payment by vendors, traders, and entrepreneurs in South Africa, but it is still a long way from being used daily like currency.

Because significant crypto exchanges and other open platforms have difficulty resolving payments via banks due to a lack of regulation in these large markets, customers turn to peer-to-peer trades and underground trading alternatives.

The United Nations underlined in its Africa Renewal journal that this condition is pervasive across Africa, highlighting that given the continuously changing nature of the cryptocurrency world, one of the major hazards is a lack of effective regulation in some African countries. Yet, according to the research, regulation is exactly what the industry needs the most.

Cryptocurrency is a class of online payments that may be used to buy and sell products and services. A cryptocurrency is the latest type of digital cash. You can digitally transfer traditional, non-crypto currency money like the US dollar, but this isn’t the same as how cryptocurrencies work. To use the good or service, you’ll need to convert actual money for cryptocurrency.

Many businesses have created their currencies, known as tokens, that can be exchanged for the company’s goods or services. Consider them to be arcade tokens or casino chips. However, you could use cryptocurrencies to pay for things electronically, just like you can with traditional currencies, once they become more common. Bitcoin was the first cryptocurrency ever created.

You’ve undoubtedly heard of Bitcoin more than anything else in the crypto world. Bitcoin was the first product of the first blockchain, which was created by an unknown entity known only as Satoshi Nakamoto. Satoshi Nakamoto first proposed Bitcoin in 2008, calling it a pure peer-to-peer form of electronic money.

It’s worth considering whether or not cryptocurrency’s popularity has been inflated over time. Even though cryptocurrency, particularly Bitcoin, is still far from replacing institutionalised cash, it has gained widespread support worldwide. Cryptocurrencies, particularly Bitcoin, are currently one of the most profitable investment opportunities available. Its value appreciation is really dynamic, and it could be a great way to grow your money.

Individuals should be aware, however, that this investment option is volatile. Bitcoin, the most widely used cryptocurrency with the highest market capitalization, has had some of any asset’s most volatile price swings.

A block is a collection of data that is temporally linked to other blocks in a virtual chain. A blockchain can be compared to a railway with several carriages connected in a line, each carrying a certain quantity of data. Like passengers in a real-life train carriage, Blocks can only hold a given amount of data before becoming overburdened.

The decentralised ledger that underpins the digital currency bitcoin is known as the original blockchain. The record is made up of linked batches of transactions known as blocks, and each of the roughly 50,000 computers that make up the bitcoin network has an identical copy.

Each modification to the ledger is cryptographically authenticated to ensure that the person moving virtual money is the rightful owner. However, no one may spend their coins twice since once a transaction is logged in the ledger, it is visible to every node in the network.

How to Start Crypto Trading in South Africa?

Buying and selling Bitcoin is allowed in South Africa. The South African Reserve Bank (SARB) has issued warnings about the risks of dealing in Bitcoin, but there is no outright prohibition on cryptocurrency trading in any form. In addition, Bitcoin can now be purchased with a credit or debit card. However, you’ll still need to use a reliable Bitcoin exchange, where you can enter your card details and send money electronically once they’ve been verified.

Cryptocurrency trading is currently uncontrolled in South Africa, but the government is developing a new regulatory framework to oversee the cyber-banking business better. There are various ways to trade in bitcoin in South Africa, like using the bitcoin exchange. However, any earnings from these trades are liable to taxation, according to the SARB.

Credit card costs apply, making this a slightly more expensive method of purchasing Bitcoin. By using bitcoin ATM, Although there aren’t many BTMs in South Africa right now, they are available in a few of the country’s major cities. This is a vending machine that functions similarly to an ATM. A Bitcoin wallet must be installed on your smartphone, which generates a QR code that the BTM can read.

A BTM can be used to deposit funds for the purchase of Bitcoin, but it cannot be used to withdraw earnings gained from selling Bitcoin. We can also use bitcoin mining; many South Africans have become involved in the complicated process of Bitcoin mining. However, bitcoin mining necessitates a significant investment in processing gear, which is primarily accomplished through Bitcoin syndicates.

Successful miners are compensated in Bitcoin for safeguarding the network and confirming transactions. It’s not particularly lucrative, but if you’re interested in technology, you’ll find the process intriguing.

Is it safe to Start Crypto Trading in South Africa?

Yes, it is safe to trade in cryptocurrency in South Africa. With the crypto-fever sweeping the trading community, several South African investors are flocking to cryptocurrencies in the hopes of making a profit. In addition, cryptocurrencies, unlike traditional currencies, are not issued by central banks. Hence their value is unaffected by bank directives.

Central banks in several other countries are ordering commercial banks to avoid handling transactions involving crypto assets. Because digital money is regulated by cryptography, blockchain technology provides a secure way of the transaction to users as a fully decentralised system.

Cryptocurrencies are incredibly volatile assets, as evidenced by the market reaction, and many crypto sceptics have dismissed them as a bubble. South Africa has formally adopted cryptocurrency trade and investment rules, with the country’s financial and capital markets officials forecasting a surge in cryptocurrency activity.

This is unusual in comparison to much of the rest of Africa. However, despite the volatile market conditions, many novice and experienced traders rush to this zone because digital currencies, when traded wisely, may be highly profitable. When trading in cryptocurrency, a point must be kept in mind that the broker you choose to exchange must be regulated.

The rapid growth of crypto trading in South Africa and an increase in ransom demands in cryptocurrency appear to be driving the country to regulate virtual assets. The Reserve Bank of South Africa will also keep a careful eye on crypto assets and service providers for cross-border financial flows.

The new legislation will target customer identity and verification, customer due diligence, preserving client and transactional information records, and monitoring suspicious and unusual conduct to combat money laundering and terrorism financing. In addition, financial regulators in Zimbabwe and Kenya have already prohibited banks from processing cryptocurrency transactions, leading to mobile money and other digital payment methods to settle bitcoin transactions.

Despite these steps, the new regulatory framework in South Africa still intends to limit the exposure of banks and other financial institutions to crypto-assets since the risk could over time spill over and generate financial stability problems. The new rules are aimed at increasing transparency and reducing the usage of cryptocurrencies for illegal purposes. Risk Management in Crypto Trading

Inflation has caused the value of various currencies to depreciate over time. Almost every cryptocurrency is introduced with a hard and fast amount at the time of its inception. The quantity of any coin is specified in an ASCII computer file; there are only 21 million Bitcoins available on the earth. If a result, as demand rises, its value increases as well, which may keep the market stable and prevent inflation in the long term.

Sending money across borders is one of the most common uses of cryptocurrencies. In addition, cryptocurrencies employ pseudonyms unrelated to any user account or stored data that might be linked to a profile for improved security and privacy. It eliminates the need to pay any additional transaction costs.

Cryptocurrencies have always had privacy and security issues. The blockchain ledger is based on a series of difficult-to-solve mathematical riddles. However, it makes cryptocurrency transactions more secure than regular electronic transfers.

A variety of currencies, such as the USD, Euro, the British unit of measurement, Indian rupee, and Japanese yen, can be used to purchase cryptocurrency. In addition, various cryptocurrency wallets and exchanges facilitate the conversion of one currency into another by allowing users to trade in cryptocurrencies across several wallets while paying low transaction costs.

Because cryptocurrency transactions are so confidential and protected, it’s difficult for the authorities to track down people by their wallet address or maintain their data. Bitcoin has already been used as a means of payment in various unlawful transactions, such as using the dark web to buy narcotics. Some people have also used it to convert their illegally obtained money through a clean intermediary to conceal its source.

Cryptocurrency mining necessitates a lot of computer power and electricity, making it a very energy-intensive process. Bitcoin is frequently the biggest offender in this situation. Bitcoin mining necessitates powerful machines and a lot of energy. It’s impossible to do with a regular PC. In addition, Bitcoin miners are concentrated in nations where coal is used to generate electricity, such as China. As a result, it has significantly increased China’s carbon footprint.

The designers aimed to create completely invisible texts, robust hacker defences, and impregnable authentication systems. It would make storing money in cryptocurrencies safer than keeping it in actual cash or bank vaults. However, if a user’s wallet private key is lost, there is no recovery to it. The wallet, plus the number of coins within, will be kept secure. Nevertheless, it could lead to the user’s loss.

Luno is a great Cryptocurrency Trading Exchange that is highly active in South Africa. Apart from Luno, many other Trading exchanges in South Africa are pretty good, like PrimeFin. The brokerage firm is known for providing the best conditions for crypto trading in South Africa.

On the other hand, Many cryptocurrency trading exchanges operate worldwide, including South Africa, and these exchanges are pretty good with a more significant number of cryptocurrencies offers.

Traders who want to trade crypto assets should see if the broker they’re considering offers services in South Africa. Brokers who are regulated by the FAIS are generally eligible for trading. Some of the best crypto day trading strategy