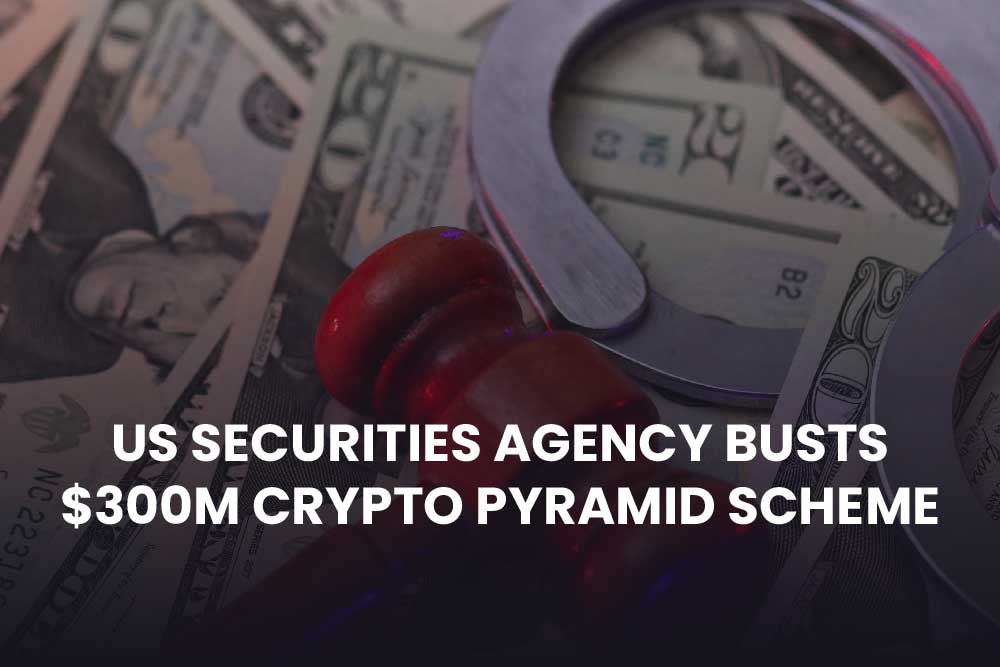 The Securities and Exchange Commission (SEC) prosecuted 11 people for their alleged roles in creating Forsage, a “fraudulent crypto pyramid scheme.”

On August 1, the SEC filed allegations in a United States District Court in Illinois. According to allegations, the platform’s owners and promoters utilised a “fraudulent crypto pyramid and Ponzi scheme” to generate more than $300 million from “millions of retail investors worldwide.”

According to the SEC complaint, Forsage was designed so that investors would be financially rewarded for bringing new investors. This “classic Ponzi structure” covered numerous nations, including the United States and Russia.

A Ponzi scheme is an investment scam in which investors are paid using money received from new investors. These schemes frequently entice new investors by offering to invest capital in opportunities that provide great returns with low risk.

The SEC said, “During the relevant period, the platform did not sell any genuine goods to bona fide retail consumers. They had no obvious source of revenue other than cash received from investors. Instead, the primary method Forsage investors made money was by recruiting others into the programme.

According to the SEC, Forsage’s alleged Ponzi scheme operates by first allowing new investors to create a crypto-asset wallet and buy “slots” from Forsage’s smart contracts.

Those positions would entitle them to remuneration from individuals they recruited into the plan, referred to as “downlines,” as well as profit sharing from the Forsage investor community, referred to as “spillovers.”

Meanwhile, Carolyn Welshhans – Acting Chief of the SEC’s Crypto Assets, described Forsage as a “fraudulent pyramid scheme established on a vast scale and aggressively advertised to investors.” She also stated that decentralised technology cannot be used to conceal the unlawful activity. Fraudsters cannot get around federal securities rules by focusing on smart contracts and blockchains.”