Concept of Money Creation and Supply 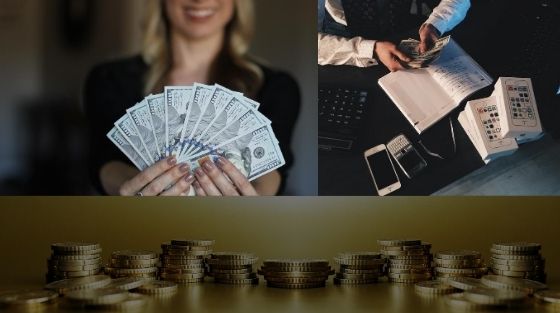 Concept of Money Creation and supply: Have you ever wondered, how does the financial money system works, who is the central authority responsible for issuing the currency notes and how does this creation of money affect the economic growth of the nation?

These are some vital questions one should know because they ultimately increase your knowledge on one of the strongest pillars of every economy that is banking institutions.

Money creation is the process of enhancing the money supply in an economy of any country or monetary region. In advanced countries with a broader economy, this money supply is stored in the form of bank deposits.

Theoretically, it is the responsibility of the Central banks of the country to keep a check on the money circulating in an economy. They are the one who decides the level of creation of money and can use various monetary aggregates to fulfil the purpose.

This money supply can be broadly classified into two categories:

This is the reason why people panic when they hear news of any uncertainty in the economy. They try to empty their account in a hurry. This panic movement has led to the closure of many banking institutions and made them incapable of issuing coins and banknotes.

People often confuse money-creation with the printing press, but the reality is that no printing press can make money, it is the counterfeiters who do such kind of illegal activities below the bench.

It refers to the total amount held by the individual, firm or household which they can use to make payments and short term investments.

It is measured with the help of various monetary aggregates considering their respective level of liquidity. Money supply includes both cash and bank deposits which an individual can use anytime whenever required with ease.

The government takes reference from the financial department and central bank before issuing notes and coins. Banking institutions keep check on money supply in the financial market. They control this supply by imposing specific regulatory limits on the interest rates and by setting a fixed reserve amount that is mandatory for all banks.

Commercial banks can expand the money supply of any country beyond the targeted amount pre-decided by the central bank, thus creating most of the money. This process is known as the multiplier effect.

Effects of Money Supply on The Financial Structure:

Increasing money supply means an increase in the flow of money in the economy; it leads to a decrease in interest rates and thus raises the in-hand money of consumers and triggers more investments. Firms can increase the supply of raw material; this will generate more employment opportunities and will directly contribute to the growth. The opposite of this will lead to a low growth rate of the nation.

How to Measure The Money Supply

All money in the money supply is generally classified as Mx. The value of x can be 0, 1, 2, 3 depending on the size and type of account that stores them. It reflects the liquidity associated with each money type. Different countries use different classifications.

Mo and M1 are known as narrow money. They include the currency coins, notes, demand deposits, traveller’s checks that are circulating in an economy and other equivalent money tokens. One can easily convert these tokens into cash.

M3 includes M2 and other long-term bank deposits. However, it is not counted in the report released by the Federal Reserve.

MZM means money zero maturity; it includes all the financial assets that have zero maturity. Rate of increase in MZM indicates the rate of inflation; this is the reason why financial reserves are heavily dependent on MZM.

Country’s Government and Central Bank gather, record and publish the data of money supply periodically. The United States federal reserve publishes M1 and M2 money supply data on a weekly and monthly basis. One can find this data on any online site and newspaper.

The Federal Reserve data of the United States shows that there are $5.2 trillion M1 money and $18, 1 trillion M2 money circulating in an economy as of June 2020.

Maximum portion of the money created by banks in an economy. It is in the form of bank deposits. Bank deposit is nothing but the information displayed on the ATMs whenever you try to check your account balance. It covers 97% of the total economy. Only 3% of money exists in its physical form that we call cash.

A bank accepts deposits from its customers, but it doesn’t hold that money if they do so then there would be no profit at all. So they receive money and loans most of it out, keeping some portion with them so that they can provide it whenever the customer urges for withdrawal. The deposit that the bank needs to hold by law is termed as the Required reserve, and the rest money which they can loan out is known as Excess reserve.

So, taking money from customers holding some portion of it and loaning out the rest money. The person who takes loan deposits the money in another bank and the same process continues, by this money circulates in the market.

Required Reserve Ratio (RRR): To calculate the required reserve ratio, divide the amount of loan with total deposits. The central bank of the nation determines this ratio.

Money Multiplier: It is the reverse of the reserve ratio discussed above. Both multiplier and reserve ratio are inversely proportional to each other. Increase in one led to a decrease in the other.

Hopefully, the answers to the questions raised before stating the article are clear now. Awareness in the present time is a must, especially when it comes to the essential topics that we come across in our day to day life, such as economic growth, money creation and commercial banks.

Surely, now you can differentiate the fact that any printing press does not create money, and no government can create money as per its wish. This whole mechanism takes place considering the various economic and financial factors.