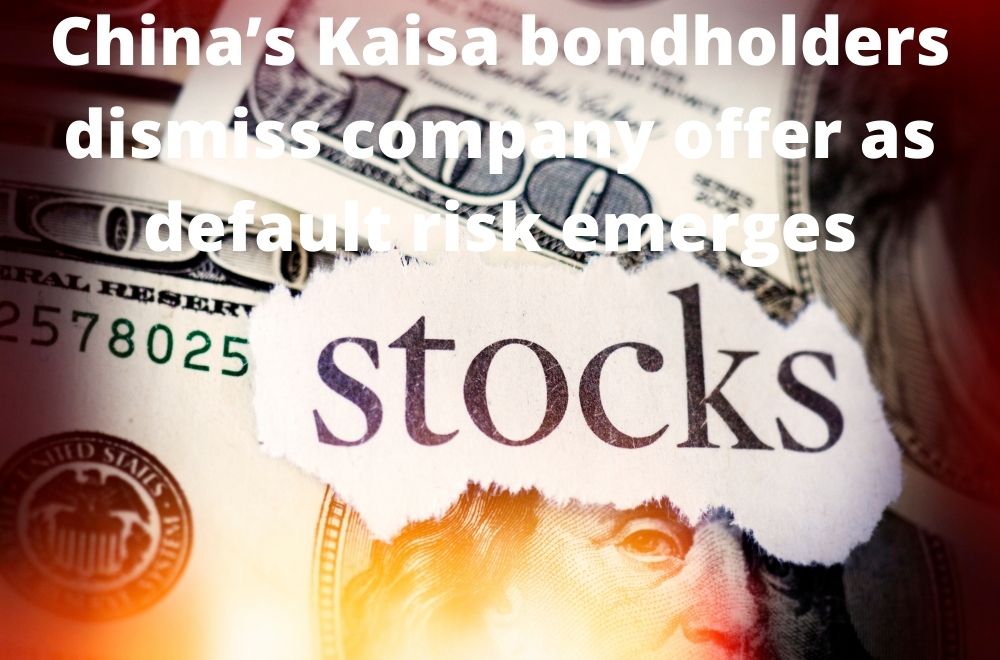 Analysts predict that Chinese developer Kaisa Group Holdings Ltd will be unable to obtain bondholder approval to increase the maturity period of a $400 million bond due next week, adding to the pressure on other heavily indebted peers. Kaisa’s suggestion to postpone the bond’s maturity by 18 months comes as creditor concerns about Chinese property developers’ capacity to meet their near-term offshore repayment obligations have grown.

As a growing number of defaults rocked the sector in late October, some developers called on regulators to extend their offshore bond maturities or conduct debt restructuring. Kaisa is the latest Chinese property developer entangled in the same sector-wide liquidity problem that has enveloped Evergrande, the world’s most indebted real estate business.

The difficulties that Kaisa has had in obtaining a much-needed lifeline from its creditors may have an impact on other smaller developers trying to avoid lengthy and arduous litigation and restructuring processes. In a letter to Kaisa, a group of bondholders offered the company a “forbearance term” to postpone repayment in order to continue negotiations.

A proposal to exchange $400 million bonds must be approved by at least 95% of Kaisa’s bondholders. After missing payments on wealth management products it insured, Kaisa hurried to raise funds through asset sales in Shenzhen, mainland China’s most expensive residential property market.

Kaisa, one of China’s most indebted developers, has initiated a fire sale of its assets to fulfill creditors, including nearly $3 billion in dollar-denominated bonds due in the next year. Hong Kong also, in November, raised concerns about its capacity to meet its financial obligations.

On Tuesday, a group claiming to represent more than half of the investors in some of Kaisa’s most pressing debt, a $400 million bond due on December 7, wrote to Kaisa to indicate that a proposal to exchange the bonds made late last month was unacceptable.

The parameters of the exchange offer, according to the group, are inappropriate and demonstrate the company’s unwillingness to seek more appropriate and holistic methods to manage Kaisa’s current short-term liquidity issues.