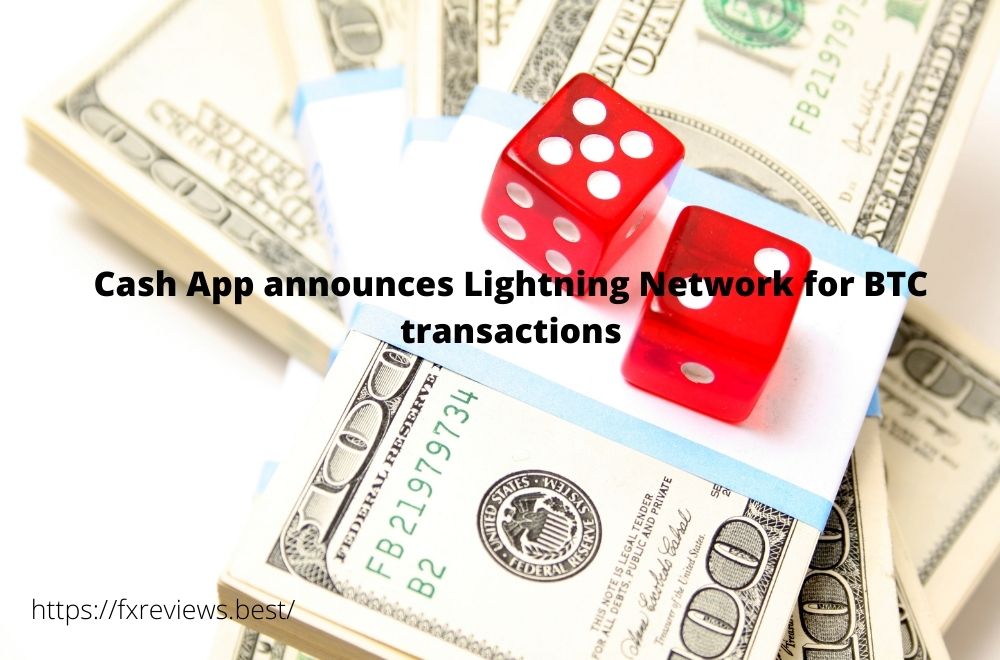 Lightning Network has been integrated into Cash App. As a result, users will be able to deal in Bitcoin quickly and for free thanks to this capability, according to the mobile payment service provider.

Users will be able to send BTC to any Lightning or on-chain Cryptocurrency wallet with the new capability.

The announcement is a follow-up to a reminder sent to app users advising them of the Lightning Network connection. Users now have access to this feature, which allows them to use the benefits of Bitcoin’s scaling solution.

Users who want to use the Lightning Network function on Cash App must use their cameras to scan a Lightning QR.

They can transfer the specified amount after confirming the transaction details.

The Lightning Network is a Bitcoin network scaling solution. As a result, Bitcoin achieves speed and charges reduced fees to users by reducing the strain on the main network.

After a significant downturn amid a cryptocurrency market sell-off earlier this year, Ethereum’s rival Avalanche ($AVAX) has witnessed the total value locked (TVL) on its decentralized finance applications surpass the $10 billion mark.

Bitcoin’s price fell after the Federal Reserve announced that it would tighten monetary policy and hike interest rates in 2022, and its correlation with stocks strengthened near the conclusion of Q4 2021.

Kazakhstan’s crypto mining activity has exploded in recent months, with the country currently ranked as the second-largest Bitcoin miner by network hash rate. However, president Tokayev has proposed a tax increase on cryptocurrency mining.

If the tax rate is raised, Kazakh miners could be forced to pay as much as 5 tenges per kilowatt. The president has also stated that there are minimal economic benefits associated with Bitcoin mining. The government of Kazakhstan is likewise imposing a strict crypto mining regulatory framework.

Because of the frequent power outages, the national grid operator cut off all mining companies’ access to electricity on January 21.