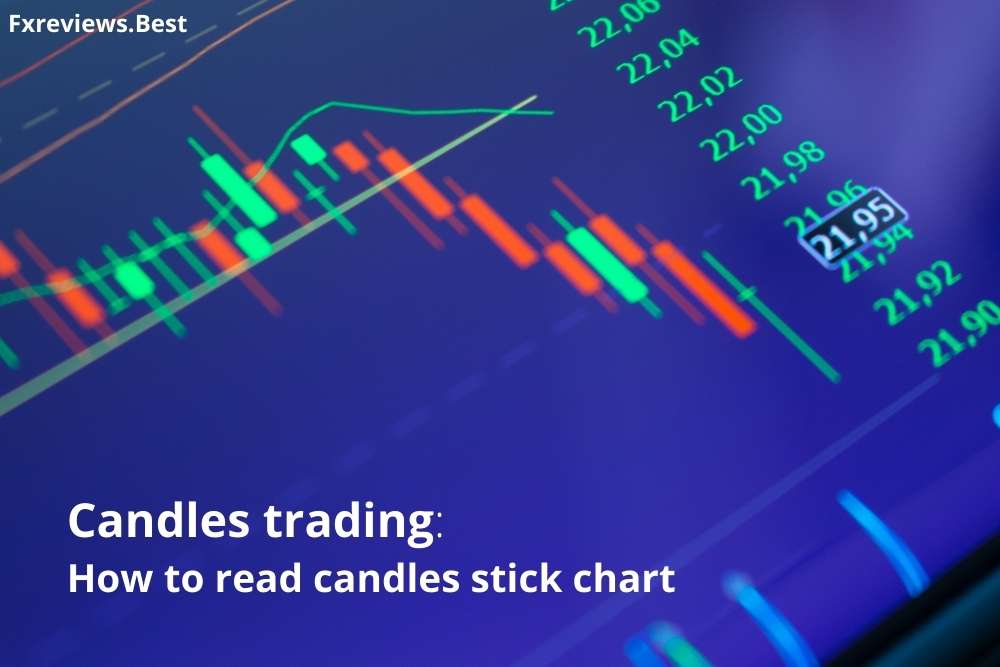 Candlestick chart creation is generally credited to an eighteenth-century Japanese trader known for adeptly gaming the rice trading markets. Through the ages, his methods underwent even more modification and adjustment to become more compatible with conditions obtainable in modern times. “Japanese candlestick charting techniques “by Steven Nison introduced the West to candlesticks. Candles trading is, therefore, a byword for success in trade.

Candlesticks are now a staple of every trading platform. Close to every financial trading vehicle uses candlesticks for its charting programs. Info depth and component simplicity make candlestick charts popular among traders. The ability to chain together diverse candlesticks to give an underlying pattern makes it a tool for interpreting price action forecasts and history. Candlestick chart literacy is a true yardstick of trading skills.

On a candlestick chart, each candlestick points out the open, high, low, and close price for the time frame the trader has opted for. For instance, provided the trader sets the time frame to five minutes, a new candle can be created every 5 minutes. For an intraday chart, the open and close prices are those meant for the start and finish of the five minutes. The trading session is not being analysed here.

Regardless of the price moving up or down over time, candlesticks show the current prices even as they form.

During the candlestick period, the high price is shown by the shadow’s top or the tail above the body. Were the open/close the highest price, there would be no upper shadow.

The low is shown by the shadow’s bottom or tail below the body. Were the open/close the lowest price, there would be no lower shadow.

The last price traded during the candlestick, the close, is shown by either the top or bottom of the body.

Even as a candle forms, it continually changes with the price movement. The open remains the same. However, till the candle is finished, the high and low prices keep changing. With candlestick formation, the colour changes.

For instance, it may go from green to red, provided the current price was above the open price, but then plummets.

The distance between the upper shadow’s top and the lower shadow’s bottom is the price movement range during the candlestick’s time frame. Subtracting the low price from the high price gives the range.

It’s so easy to practice reading candlestick charts. You only have to open a demo trading account. There are free web-based charting platforms,  where you can practice to profit.

Set the chart type to the candlestick. When you select a one-minute time frame, you have lots of candlesticks to observe and study.

Once you find a reasonable footing in the field, you can search for real-world trading opportunities based on candlestick charts. An Instance would be the three black crows and the abandoned baby.

A candlestick has three components – the upper shadow, lower shadow, and body. The body is coloured green or red. Each candlestick stands for a segmented time period. Candlestick chart data gives us the gist about executed trade activity during said period of time. For instance, a 5-minute candle stands for 5 minutes of trades data. Every candlestick has four data points: high, low, open, and close.

For the said period, the open is the very first trade. The very last trade for the period is the close.

When the open is higher than the close, the body is coloured red, showing a net price decline.

Every candlestick chart relates the story of a showdown between the bulls and bears. You have to bear in mind that the majority of candle patterns require confirmation on the basis of the context of preceding candles and the ongoing candle. Rookie traders make the general mistake of spotting one candle formation without context, thus stagnating candles trading.

For instance, a hammer candle shows a near-term capitulation bottom in case it forms following three previous bearish candles, while a hammer candle that forms on flat sideways candles is generally useless. Hence it pays to make sense of the story that each shows to have a firm grasp on candlestick chart pattern mechanics. They have the tendency to repeat themselves continually.

The context must never be overlooked. That’s when you know you have learned how to read candlesticks – correctly.

A candlestick chart shows more emotion owing to body colouring. Therefore, it is wise to ascertain that they are included with other indicators to give the best outcomes. 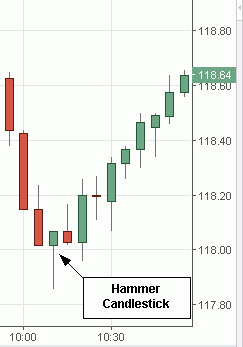 A bullish reversal candlestick, the hammer is one of the most famously followed candlestick chart patterns. It determines capitulation bottoms. A price bounce follows, used by traders to enter long positions.

Forming at the end of a downtrend, a hammer candlestick shows a near term price bottom.  Making a new low in the downtrend sequence, the hammer candle has a lower shadow. The same subsequently closes back up close to or above the open. The tail or lower shadow has to be a minimum of two or four times the body size. This shows the long that finally decide, stopping out as shorts begin covering their positions.

Here is where the bargain hunters come in, using candles trading to their advantage.

Timing the entry with MACD, RSI or stochastic, would be wise. How to read a candlestick chart for day trading gives you the right training. 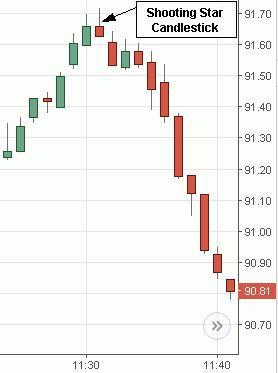 A bearish reversal candlestick, the shooting star shows a peak or stop. It is the antithesis of a hammer candle. The star has to form following a minimum of three to four green candles showing a rising price and demand. By and by, buyers lose patience, running after the price to new highs. Then it is that they come to the realisation they overpaid.

As a rule, the wick or the upper shadow ought to be twice as large as the body. This shows the last of the hysterical buyers have entered the stock. At that instant, profit traders unload their positions. Then follow short-sellers heading the price down, closing the candle close to or beneath the open. This really detains late buyers who chased the price too high.

Traders highly strung by candles trading, the very next candle ought to close at or under the shooting star candle, setting off a panic selling spree. Late buyers curb losses in a panic.

The general short sell forms when following candlestick’s low’s price is interrupted by trail stops at the body’s high or the shooting star candlestick’s tail. 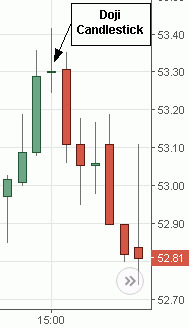 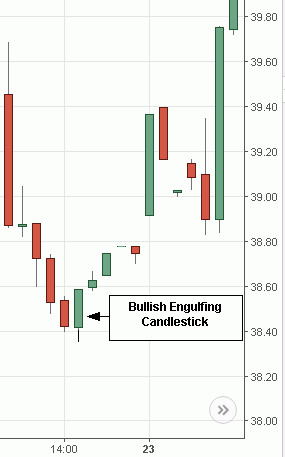 A big green candle covering the entire range of the red candle,  a bullish engulfing candlestick with a large body, experiences a correspondingly extreme reversal. The body ought to totally cover the foregoing red candle body.

The most productive bullish engulfing candlesticks form at the downtrend’s tail end. This potentially triggers a sharp reversal bounce galvanising the short-sellers, leading to a panic short-covering buying frenzy. Bargain hunters add to the buying pressure, candles trading tips at the ready.

When the next candlestick exceeds bullish engulfing candles’ high, the buy trigger forms. 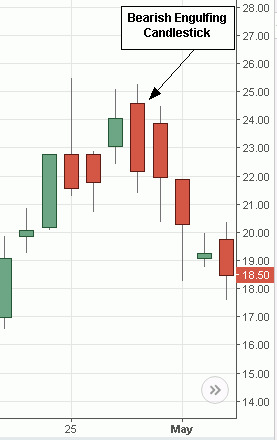 The candlesticks may be pointers to significant selling activity on a panic reversal from bullish to bearish sentiment.

The foregone green candle keeps buyers optimistic since it has to be trading close to an uptrend’s top. The bearish engulfing candlestick will, in fact, open up higher, giving longs of hope for another elevation since it is a sign of more bullish sentiment. Nevertheless, the sellers come in pell-mell, thrusting down the rice thru the opening level, beginning to cause concern to the longs.

There is intense selling. The price plunges thru the foregone close’s low. Subsequently, the latter begins to trigger more panic selling. Close to every buyer is now drowning with his shares.  The selling escalated into the candle close, given that nearly every buyer from the preceding close is left holding losses.

The range and depth of the reversal are dramatic. The bearish reversal candle is a reversal candle since it forms on uptrends. Also, it triggers more sellers the following day. Finally, there’s a trend reversal into a breakdown.

You must observe the volume of engulfing candles. The volume ought to be a minimum of two or more times larger relative to the average daily trading volume to have the most effect. 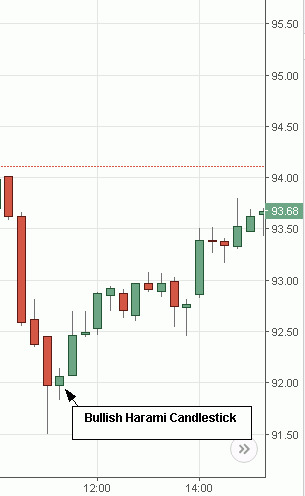 The subtle small body permits traders a measure of complacency. They assume the stock will plummet again. However, the stock stabilises prior to forming a reversal bounce, taking the stock seller by surprise.

The harami is an understated clue that frequently keeps sellers complacent. This goes on till the trend reverses. The reversal is gradual initially, and in later stages, only does it escalate.

When the following candle rises thru the high of the preceding engulfing candle, a long trigger forms. Stops may then be placed under the harami candle’s lows. 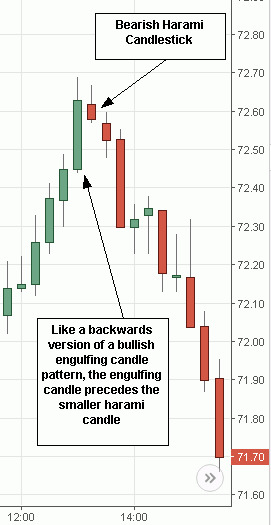 An antithesis of the bullish harami, the bearish harami candle has to indicate a foregoing engulfing candle that totally covers the harami candle’s range. The formation is at the uptrends’ top. The foregoing green candle makes a new high with a large body prior to the small harami candlestick forming. Simultaneously, the buying pressure by and by melts away.

The longs assume the pullback is only a pause prior to the uptrend resuming, given the gradual nature of the buying slowing down.

The bearish harami candlestick closes. The following candle closes lower, causing the longs concern. The breaking of the foregoing engulfing candle’s low catalyses a panic sell-off on this instance of candles trading. The longs make for the exits to cut down further losses.

When the engulfing candle’s low is breached, the orthodox short sell triggers form. The stops may be placed above the harami candlestick’s high.

Candles trading and candlestick charts harnessed traders’ emotions like no other strategy/instrument. The trading technique and related instruments show that investors’ emotions about an asset’s trading can significantly affect the asset’s movement. Candlesticks assist traders in plumbing the emotions about an asset, aiding them to better forecast where the said asset might behead.

To start candles trading, you need a reliable broker which offers top-class services at affordable prices. Some of the well-registered and regulated firms include PrimeFin, Global TradeATF, Brokereo, and Capixal. The minimum deposit for all these firms is $250. Also, they do not charge a commission on trade. Instead, they earn through swaps and spreads.