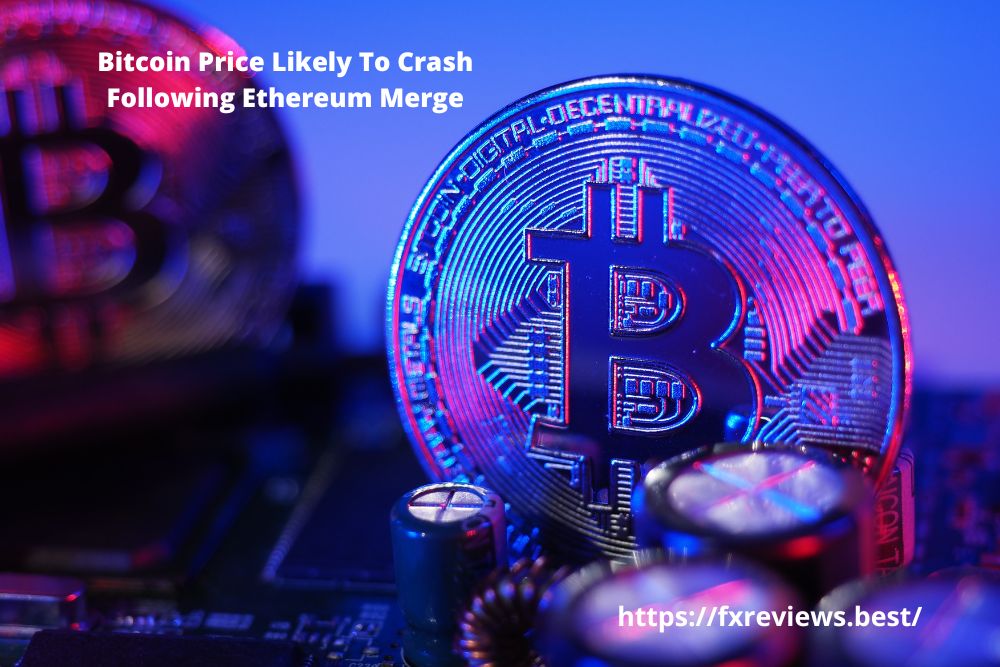 The announcement of the Ethereum merge has had a significant effect on the crypto market, with experts believing the development will lead the price of Bitcoin to collapse.

According to independent research conducted by Kyle Mcdonald, the bitcoin price may see a downtrend in the coming days after the Ethereum merge, in which the blockchain is set to switch from the Proof-of-Work mechanism to a Proof-of-Stake mechanism.

In a TV program on Friday, Mcdonald suggested Crypto investors should sell their bitcoins now as after the Ethereum blockchain switches to a low-energy consuming method of validating transactions, known as “proof-of-stake (PoS),” investors may think the energy-intensive method that both Bitcoin use now, called “proof-of-work (PoW),” was never essential.
Read Next Veracity Markets Review

McDonald also cited the deteriorated climate crisis and Bitcoin’s massive energy use. He claimed that Bitcoin could be the first to be regulated away because it “doesn’t have the coordination like Ethereum to leave proof-of-work.”

Environmentalists and governments have made cryptocurrency’s energy use a major point of contention, and McDonald predicted that bitcoin will never reach “$69,000 again.” In November 2021, the cryptocurrency traded near that level.

This month is likely to see the release of “The Merge,” the software update for Ethereum that will reduce the number of computers needed to maintain the blockchain. According to McDonald, it is “highly realistic” that Ethereum could reduce energy costs by 99.95%.

According to McDonald, it will make a significant difference when switching from a system that relies on 10 million [graphic processing units] around the world to generate as many random numbers as quickly as possible to the one that only uses a small number of computers that are relatively low energy. To mine cryptocurrencies, high-powered graphic processing units, or GPUs, are used.