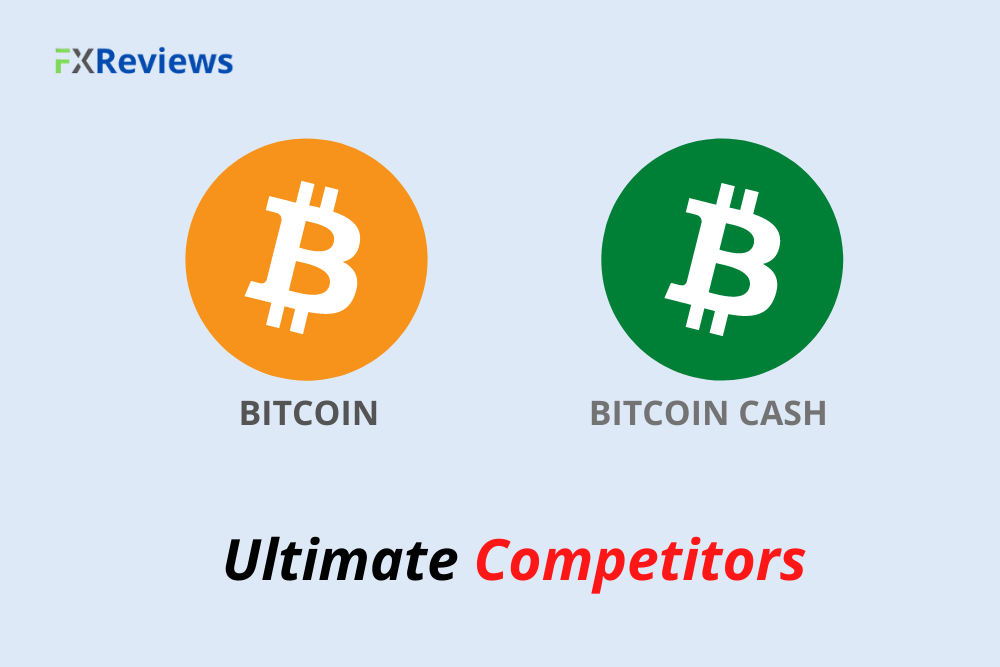 Here, you’ll be getting complete insights of Bitcoin Cash, its origin, and which one is better among the two?

What is Bitcoin Cash?

Established in 2017, Bitcoin Cash (or denoted as BCH) is also a cryptocurrency, just like our Bitcoin. In fact, it is a hard fork* of Bitcoin only; now you know why it was called Bitcoin Cash trading!!! It has its blockchain and works the same as any other crypto.

This Bitcoin Cash also went a further hard fork in 2018 end and went on to become BCH ABC and BCH SV. However, these cryptos could not prove to be as much successful as BTC.

**Hard Fork: Basically, Bitcoin Cash trading or Bitcoin works under a specific set of instructions, and everyone using the protocol has to agree that rules and regulations. It is also called consensus. Now, if you are not happy with the rules, and do not agree with them, then you broke the agreement and created a “hard fork”. This means the disagreeing party will be generating its coins. The outcome was BCH here.

Now, that you understood what BCH is and how it emerged, you surely must be wondering, what was the need for this new crypto when we already had a well-performing one? Let’s find out this too!!!

Why Bitcoin Cash? (History and Emergence)

Bitcoin, the original crypto, was created after the 2009 recession, by an anonymous personality called Satoshi Nakamoto. He is known to be the creator of the world’s first crypto and perform the very first cryptocurrency transaction. It was meant to be a digital currency, a.k.a. A peer-to-peer electronic currency for daily operations. But, as it started gaining popularity and the prices started booming, more and more people began investing in it. And, it ended up becoming an investment instrument.

Now, as it gained popularity, more and more people started transacting. And, Bitcoin had a block size limit of 1 MB; which was not able to handle the surged number of transactions. The transaction time and fees escalated drastically. It was only capable of doing 3 to 7 transactions per second (which is way too less).

For a reference, Visa is capable of performing around 60,000 transactions per second. Transactions time continued to increase and started queuing up. Now, the merchant who’ll pay more will be getting preference in the queue, as he’s spending more. And, because of this, the transaction fee once reached around $55 per transaction, and the number of transactions per block reached 25000, waiting for confirmation.

Why didn’t they increase the block size?

It has its own problems. Many people even proposed this offer, but it has not been possible yet. Some obstacles would be: many mining pools at a disadvantage, create a centralised power, nodes would become more expensive to operate, more susceptibility to hackers, etc.

It created a conflict between parties supporting and were against this block size matter. And because of this, the consensus could not be established; it led to the creation of another crypto, i.e. Bitcoin Cash.

Bitcoin Cash trading promised to tackle the problem which Bitcoin was facing, i.e. increasing the block size. It proposed a promised that with lower fees and a higher number of transactions per second, it would deliver the same service as BTC.

And, it came in the market with a block size of 8 MB and could range up to 32 MB. And that’s how this small giant was born…!!!

While both Bitcoin and Bitcoin Cash have their advantages and disadvantages, and the final choice will always be up to you, we can help you compare them easily. Since its launch, BCH has been able to acquire 10% market of BTC, and many experts speculate that it could surpass Bitcoin. And why not…? BCH is solving the necessary scalability and delaying issue associated with BTC.

This young currency is getting famous among traders day-by-day, and if the BTC doesn’t find a way to tackle their problems, it might lose the game too. But you do not need to worry about where and how to invest your precious money. You just need to be ready with your tools and analyse the market as here is a fantastic comparison between the two; and help you choose the best, as per your requirements.

Below is the list of basis, upon which we have differentiated between both the cryptos.

No one would buy an asset if it didn’t have some value. Thus, price comparison is the foremost thing people want to talk about. When it comes to valuation or price, Bitcoin has no competition. For reference, if we talk about the best performing stock listed companies, a.k.a. Mutual Funds, Legg Mason Japan Equity and Polar Capital Global Technology which gave an astounding return of almost 700% and 485% respectively, from 2009 to 2019*.

However, Bitcoin Cash trading has not been that much profitable. Instead, it has lost its value over time. But you can never predict the boom here too.

The transaction speed, when talking about crypto, is primarily determined by how many transactions one particular block can accommodate. As BCH have bigger block size, it is more likely that more and more transactions would settle into one block without waiting for the next one. If we talk about BTC, the smaller block size leads to more waiting time.

However, keep in mind that when we trade Bitcoin Cash, the number of users, merchants, platforms, and traders are much less than its counterpart, Bitcoin, which would eventually affect their prices.

Per transaction fees of crypto, trade is determined by the number of users and the network load upon that crypto. Trading BTC costs much higher per transaction than trading Bitcoin Cash. It is $0.60 for Bitcoins and to trade Bitcoin Cash; it is $0.0020.

But, it would not be a fair comparison because the users and network load are significantly large for BTCs.

A number of users, wallets, traders, merchants, and platforms handling or dealing the crypto determine it. Bitcoin has been in the crypto market for more than a decade now, while Bitcoin Cash trading started just two years ago. Clearly, BTC has a broader and bigger adoption rate, but this can change anytime.

The foremost thing we need to understand is what is Hashrate or mining power. It represents the computing power which miners use to protect their ecosystem and authenticate the transactions. Bitcoin is a conqueror in this regard, because its total hash rate is around 100 exahashes, while a single Bitcoin Cash trading uses only two exahashes. A whopping difference of 50 times.

And, if an attacker or hacker gains access to more than 51% of the hash rate when we trade Bitcoin Cash or any other crypto, they would be able to reverse any transaction or perform any other malicious activity. So, BCH is 50 times more susceptible to attackers than BTCs. Keep a watch!!!

The sole reason for Bitcoin’s success was its decentralised nature and Bitcoin Cash trading or mining was centralised. More than 50% of the mining power is under 3 pools, which are Antpool, ViaBTC, and BTC.com. This could be very dangerous for users, who trade Bitcoin Cash, as the power, control, and authority rely too much on these three.

While, if we talk about BTC, it is entirely decentralised and limited entities do not control it.

One of the key differences between Bitcoin and Bitcoin Cash trading is their block sizes. While Bitcoin raised its block size limit to 1 MB some time ago, Bitcoin Cash already has a comparatively larger limit of 8 MBs and is expected to increase more. It eventually affects the price and speed of the transacting crypto.

Got the differences…? Let us quickly revise just to make sure that you haven’t missed any point.

After this amazing comparison between the two cryptocurrencies, you must be very clear about which one to choose. But, before you move to your decision, here is a final saying from us. Do not miss it as it could help you avoid some losses.

When Bitcoin came into existence in 2017, many people started trending the impression: Trade Bitcoin Cash V/s Trade Bitcoins: The War and the Warriors. However, at this point, we cannot declare a winner among them because BCH is much younger than BTC. But, we would suggest you do some proper research from your part too along with taking some financial advice from experts. In the end, it completely depends upon you. If your sole purpose of investment is trading, then you should prefer Bitcoin, for now. But, if you want a primary form of currency for transactions, then Bitcoin Cash trading could be a good option!!!