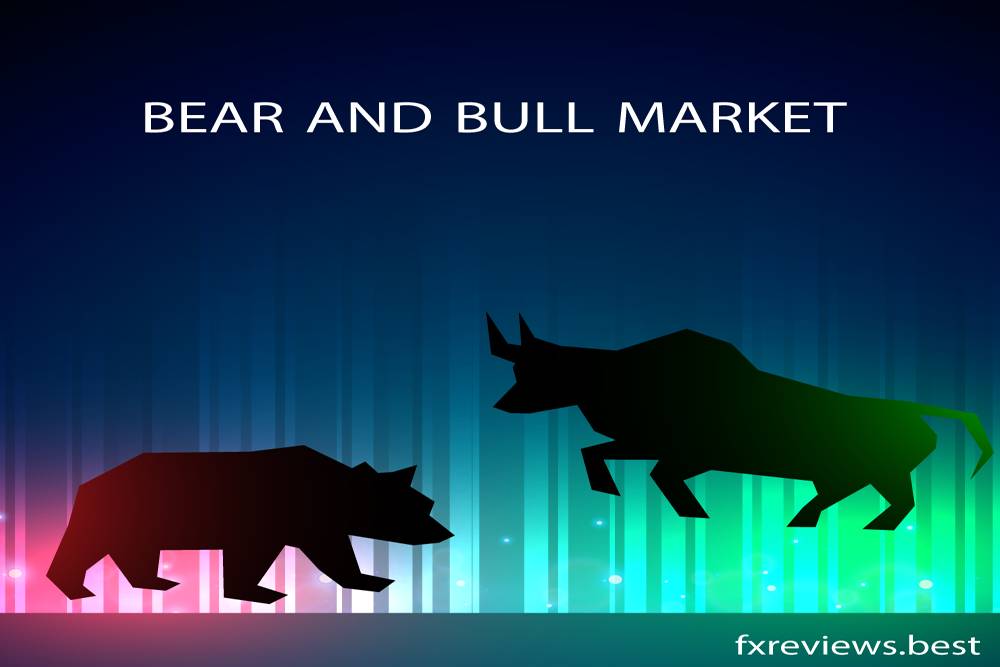 You must have heard that the market is bullish or bearish, and you should plan your strategies well in such conditions. But, what do these terms symbolise? Why do traders frequently use them in the Stock market? Here is the detailed guide, which contains answers to all your queries regarding bear and Bull market.

What is the market trend?

Traders make use of fundamental and technical analysis tools to determine the market trend. These tools allow them to determine the exact entry points and exit points, where market price will shift in the future, and several other information to reach a potential decision. PrimeFin offers more than 60 analytical tools to its clients. Visit the official site of the broker to know more.

Where did the bear and bull market trends get their names?

It will sound interesting that no one could find the actual origins of these terms. It is still unclear. So, different analysts and professionals have provided a distinct explanation for this. Here are the two most popular reasons.

Features of bear and bull markets

Although the direction of the stock market price makes Bear and Bull market conditions, there are several other features that investors must be aware of.

1) Demand and supply for assets

The financial market’s behaviour is determined and influenced by how traders react and seethe demeanour. Thus, the traders’ sentiments and psychology decide whether the market will decline or rise. There is a direct relation between traders psychology and the performance of the stock market. Traders usually participate in the bull market with the hope to harvest a profit.

Market sentiments are negative in the bear market. Traders begin to shift their capital from equities to other fixed sources of assets. Then they wait for a positive turn in the stock market price. In short, we can say a decrease in the stock prices moves the confidence of traders. It compels traders to keep their capital out of the financial market. This results in a reduction of the general cost as outflow surges.

3) Variation in the economic conditions

The economic conditions and stock market prices are firmly linked with each other.

What is the bull market?

The confidence of traders greatly influences financial markets for commodities, stocks and bonds. The bullish market condition occurs when traders’ confidence surges and the price of investment instruments increases for sustained intervals. This leads to a buyer’s market, as all investors are eager and ready to hold or purchase assets.

Throughout United States history, the bull markets have had some excellent periods. It began with tremendous growth after World War 2, which attained a great height before the Great Depression. Since this period, the financial market has seen many bull markets. The longest was between 2009 and 2019. However, history has shown traders that bull markets do not run forever.

Other factors, apart from the investor sentiments that pushes the prices of the stock bull market, are:

1) TLR or top-line revenue: The top-line revenues for firms increase with the country’s economic growth because it is estimated by NGDP or nominal gross domestic profit. NGDP is the output value of services and products using Currency prices.

Top-line revenues reflect the demand for services and products from people. The nominal gross domestic profit growth rates in the past economic time of recovery were 5.2%, 5.6% and 7.5 per cent. Since the year 2008, it has only increased by 3.7% on average.

2) Profit: It is the total revenue regenerate. The average for the last twenty year is 7.5%. It attained the highest point of 9.8% during economic recovery between 2008 and March 2020. Generating massive returns from a similar revenue dollar seems appealing for both customers and the economy, but it is not good in reality. This gain comes from salary reductions, the expense of jobs and capital investments.

3) P/E ratio: The price to earnings ratio reflects the ratio of each greenback’s share value and earnings per stock. Traders generally monitor this value for their investments. There is an inverse ratio between earning and the P/E ratio. As earning declines, the price of earning ratio rises. Thus, traders start to sell their holdings.

Some longest bullish markets in history

As per the FINRA or Financial Industry Regulatory Authority, the four longest or major markets occurred in the following periods:

Some important factors small investors must keep in mind in a bullish market trend.

What is the bear market?

While the market is quite optimistic at the time of bull markets, the stock prices decline 20 per cent or more than that for a sustained interval in the case of the bear market. So both are opposite to each other. The bull market is more likely to occur at the time of economic growth. On the other hand, the bear market generally happens during the period of higher unemployment and economic slowdown. At this time, instead of willing to purchase into the financial market, traders wish to sell and invest their capital in safe and fixed income securities. This market trend results in the seller’s market.

Talking about the duration for which the bear market trend lasts is from several weeks to a few years. The most famous and first bear market trend was the Great depression. Its other examples include the 2000 dot com bubble and housing crisis occurring between 2007 and 2008.

Some of the world bearish market trends in the history of the United States are as follows:

1) The Great Depression:- The worst bear market in the history of the United States is the Great Depression. Dow declined 90 per cent in less than four years, reaching 381 on 3 September 1929 and dropping to 41.22 by 8 July 1932. The most significant was the stock market crash of 1929, which resulted in a security bubble created by the financial market invention known as purchasing on margin. It enables traders to borrow capital from their financial service provider by putting only a small percentage of total stock value. When this scandal came out, an investor in the British stock market lost confidence in the United States market, which further triggered the crash.

The trend continued until the United States government launched the economic stimulus plan of the year 2009. The Dow never touched 2007 (when it closed at 14,253.77 points) highest value until 5 March 2013.

3) Bear Market: 1973:- The third worst bear trend as per the percentage is the bear market of 1973. On 11 January 1973, indices Dow closed at 1,051.70.2 points. By 4 December 1974, the Dow had declined to 598.64 points. The most important factor that resulted in this bear trend was President Richard Nixon’s declaration to terminate the gold standard. The inflation period followed this.

What you must do in bear market trend

There are some vital tactics that you can use during the bear market trend:

With the bear market trend, traders’ confidence collapses and thinks that stocks value will decline, further decreasing prices. The common thing about bull and bear markets is that both of them can last for several years.

With the bull market, trend traders’ confidence surges, and they think that stocks value will continue to rise and, hence, begin to purchase stocks. This action and belief lead to a rise in prices of stock again.

Both bull and bear markets impact your investment. Hence, it is an excellent idea to take out some time and determine when to make an investment decision and how the market is performing. Also, note that the stock market has always shown a positive return over the long term.

If you fear to enter the market, then you can start your journey with demo trading. This account allows you to practice trade before entering the real trading world. Moreover, you can check the potential of your strategies and risk management techniques and alter them if they are ineffective. PrimeFin is a reliable brokerage firm offering demo trading accounts for beginners.

What I can do in bear market trend

There are some vital tactics that you can use during the bear market trend:

Where did the bear and bull market trends get their names?

The term bull and bear are derived from the method both these animals adopt for attacking their rivals. The bull will raise its head or horns in the air to attract. In contrast to this, the bear will swipe down his head to attack its rival.

Where can I trade stocks?

You can trade stocks with PrimeFin. It is a legitimate financial service provider regulated by the Labuan Financial Services Authority (LFSA). To open a trade with the broker, you just need $250.

What is the bull market?

The bullish market condition occurs when traders’ confidence surges and the price of investment instruments increases for sustained intervals.

Which is the worst bear market ever?

The worst bear market in the history of the United States is the Great Depression.