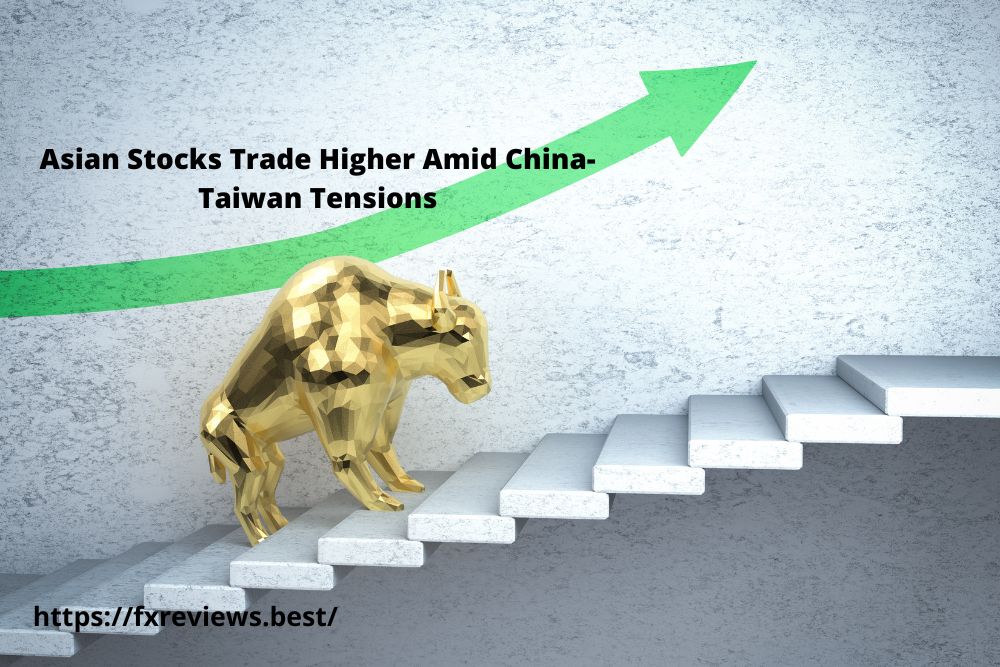 Taiwanese stocks trade higher in Asia-Pacific markets as investors moved past geopolitical concerns surrounding US House Speaker Nancy Pelosi’s visit. Taiwan’s Taiex increased by 2.03%, while chipmaker TSMC increased by 3%. The index fell this week as tensions between the United States and China rose in response to Pelosi’s visit.

The Nikkei 225 index in Japan increased 0.78 %, while the Topix index increased 0.75 %. The MSCI Asia Pacific Index (excluding Japan) rose 0.76 %. The S&P/ASX 200 index in Australia rose 0.43 %. The Reserve Bank of Australia reduced its inflation estimates and warned of a slowing economy.

At the same time, the Reserve Bank of India (RBI) will announce its interest rate decision today. A Reuters survey of 63 respondents predicts a 50-basis-point increase to 5.4 %, while 20 forecasts a 35-basis-point gain.

“We believe optimum policy anchoring would necessitate at least another 50bp rise,” Mizuho Bank’s head of economics and strategy, Vishnu Varathan, said in a Friday note. He cited underlying inflation worries and a shaky Fed.

“All in all, it is in the RBI’s interest… to front-load a 50bp rise rather than save 15bp-25bp but lose macro-stability from May/June hikes,” he added.