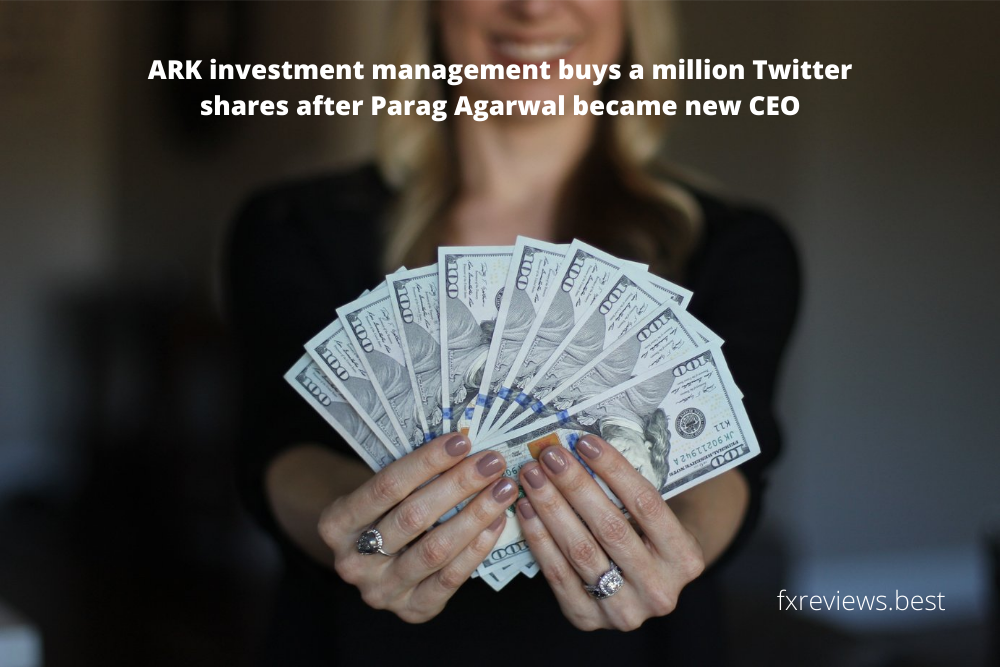 According to the Securities and Exchange Commission records, new Twitter CEO Parag Agrawal, who served as the social network’s chief technical officer until Jack Dorsey’s stunning departure on Monday, will be paid a $1 million yearly compensation.

Agrawal has been a prominent contributor to Dorsey’s Effort Bluesky, an open-source project that makes disparate social media networks communicate similarly to email. The long-term goal was to make it possible for users of various social networks to communicate with one another seamlessly.

On November 29, Twitter’s stock was trading at $47.07, but it soared after Dorsey announced his departure from the social media platform. However, the stock dropped 2.7 percent on Monday after it nominated its technology leader Parag Agrawal as CEO. In addition to his elevation, Twitter’s new CEO will be paid handsomely.

Ark also paid $21.7 million for 837,248 shares of online brokerage business Robinhood Markets Inc (HOOD). It had bought more than 915,000 shares the day before, taking advantage of a share price drop. Following Jack Dorsey’s statement that he would step down as Twitter’s CEO, the social media platform’s stock price jumped over 5% in intraday trading on the New York Stock Exchange.

Agrawal, 37, will also be eligible for an annual performance bonus of up to 150 percent of his base income, bringing his total compensation to $2.5 million per year. In addition, Agrawal has also been given a $12.5 million stock award.