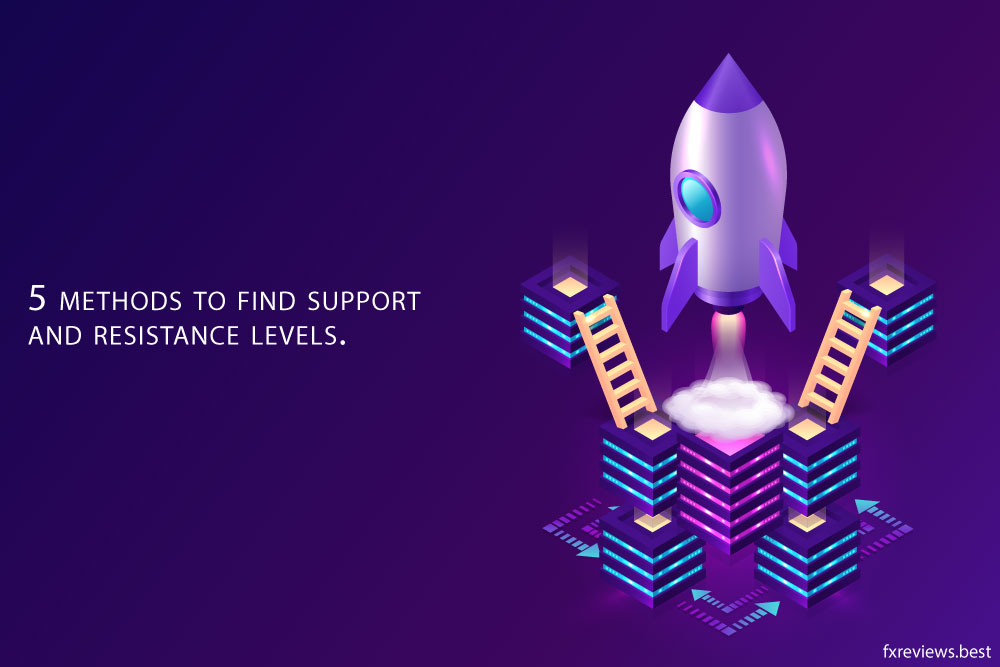 If you wish to succeed at trading in the markets, methods that find good support and resistance levels will get you there. Finding these are the responsibility of the traders. Looking past the clutter of information, it is vital that you focus on what your trading plan needs. Price and volume are good enough criteria to kick off your search.

Support and resistance in day trading

What are Support & Resistance?

Support is the price level where demand is considered to be strong enough to pre-empt the possibility of further decline. As the price plummets towards support, buyers are more tempted to buy, sellers less willing to sell. When price reaches the support level, demand supposedly overcomes supply, preventing price from crashing below support.

It is not unusual for a break below the support signal that bears have won. A plunge below support points out a new inclination to sell. Upon support being broken, another support level has to be set up at a lower level.

Support levels are found as a rule below the current price, but it is also known as a security to trade at or near support. Establishing precise support levels is often hard. Moreover, price movements tend to be volatile, dipping briefly before support. For instance, it is wrong to consider a support level broken if the price closes a fraction below a support level. Some traders, therefore, go for support zones.

A break above resistance points out that the bulls have won. This indicates a new inclination to buy. Upon resistance being broken, another resistance level must be set up at a higher level.

Resistance levels are generally above the current price. It is however known for a security to trade at or near resistance. Moreover, volatile price movements can rise above resistance.

It actually becomes necessary to create support and resistance zones, since predicting trading performance in the forex market follows no exact science. Each security has its own features, and trading decisions reflect the complexities of the security. Zones serve better sometimes than support and resistance levels.

Usually, the tighter the range, the more precise the level. More precise support and resistance levels are the best fit, when the trading range encompasses less than 2 months, the price range comparatively tight. Support and resistance zones should best be used when a trading range embraces many months, the price range comparatively large.

One of the most elementary methods of trading is the use of support and resistance levels as trading strategy. This manages risk, places stops, determines the market, and helps find entry and exit points.

Experienced traders use price levels and trend/slope lines. Price levels are not levels by definition. Rather they are zones where there are some inflection/touch points. The more swing highs/lows, the merrier.

A trend line is conceptually simple but tricky in the real world. For instance, with an uptrend line, you face the conundrum. Do we connect the candlesticks’ lows , or the closing lines, or some combination thereof wherein we could connect the maximum number of turning points? The experienced trader takes up with the latter proposition.

We could also see if there’s a parallel to the said trend line that hooks up with the other side trend. In case there’s one, the trend line strengthened. Consistency matters as much as the approach.

Slope lines resemble trend lines, but mostly these are hidden stealth fashion, given that they can pass right through the centre of price action. Identifying slopes can be time-consuming. We need to make sure that there are several inflection points that do connect. Each connection will validate the slope.

Day trading and a candlestick chart

Regarding moving averages, a day trader could opt for the 200 days, seeing as how much in the limelight it usually is. In the entire course of their day trading, someday traders might not use Fibonacci levels. A lot of traders are fully capable of turning them to account, actually. The skeptical day trader might too often have found the same Fibonacci retracement levels that some traders consider could align just as well with areas of support or resistance found by using price analysis or trend/slope analysis. Traders may or may not fancy pivot points, derived on the observed time frame by range data. There seems to be volatility and support and resistance.

To identify support and resistance, we have to be on the lookout for zones versus precise price levels. The frequency of inflection points will matter. The greater the frequency, the more significant the area is. Traders should find out areas of confluence between more than just one angle of support and resistance. In the event of the support being broken, it in all likelihood becomes a new area of resistance. The Same is true the other way round. Using a candlestick chart can give a great lift up to your technical analysis.

There are, as we have said, a good number of ways to find out support and resistance levels.

When you have opened the chart in the time frame you will be trading in, go for the highest peak in the chart, giving it the moniker ALT or All-Time High. Antithetical to this is the lowest trough, which can be labelled ATL or All Time Low.

In a typical instance, we could have prices going in a downtrend. Traders may mark each peak and trough with a short horizontal line.

Moving averages show another method of finding out support and resistance levels.

The use of Fibonacci retracement levels is another method for calculating support and resistance levels. The most common ones used in Forex are 23.6%, 38.2%, and 61.8%.

Following a significant price move, prices tend to retrace an important part of the original move. When prices retrace, support and resistance levels occur at or in the neighbourhood of Fibonacci retracement levels.

Taking up a hypothetical example – following a clear move up, prices retrace part of the up move by 38.2% and 23.6%, where prices remain static for the time being. It is entirely useful to use these 23.6% and 38.2% Fibonacci retracement levels as support levels. Following ATH penetration, this can be the new support level.

On your trading platform , it is necessary to have a clean chart. This will make it much easier to take cognisance of areas where prices bounce off and serve as s r levels.

Significant s r levels will be the toughest points where prices are not likely to pass. For instance, the key support level will be where prices have been unable to go for a considerable time. These are necessary since they will tell traders the extent to which prices may go up or down.

If you go for the 4-hour charts, the challenge is that that timeframe is not fit for setting up key s r levels. Traders could move one timeframe higher and draw important s r levels from there. Drawing s r levels with time frames under an hour is not to be recommended.

The reason behind their efficiency is simply that s r levels reflect market prices in the place the most market activity takes place. In the event of markets being in an uptrend, some long position traders are near to closing those trades. Main market players use pending orders to secure the planned for profit.

To find the ideal price at which the trade can best be exited, traders examine preceding s r levels. In the event of a sufficient number of bulls closing their positions at a particular price, an uptrend terminates, and reversal begins. This makes for a level of resistance. The other way round gives the downtrend.